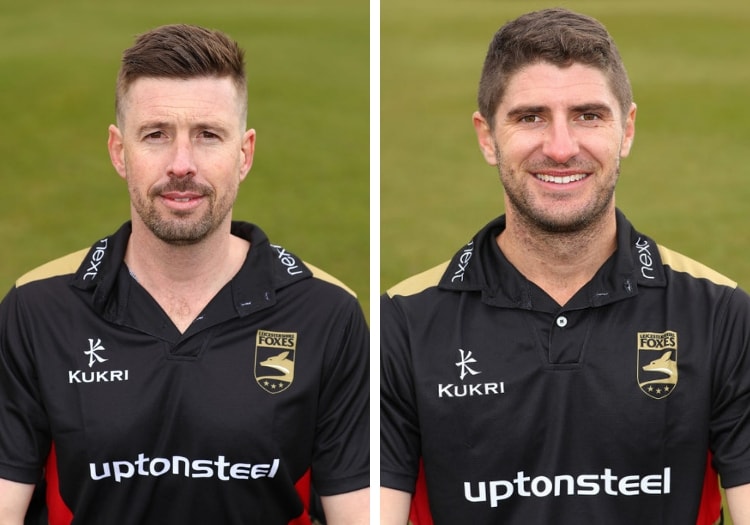 Leicestershire have confirmed that Colin Ackermann will replace Paul Horton as captain for the remainder of the county's One-Day Cup campaign.

The Grace Road side are bottom of the South Group after losing five of their six matches, and out of contention to reach the knockout phase with two games to spare.

Horton, who will remain in charge of the County Championship side, was only appointed to lead the 50-over team last year, replacing Michael Carberry ahead of his exit.

But just a solitary success in 2019 leaves the Foxes facing a ninth-place finish in the competition.

T20 skipper Ackermann will take charge for the remaining matches against Northamptonshire and Warwickshire.

“After consulting with Nico [Paul Nixon], and with the club at the forefront of my mind, I have decided to step down from white ball cricket which, in turn, will make way for youngsters to come in," said Horton, who will leave the white-ball game entirely.

“We want to create opportunities for our youngsters, and I still have a big role as club captain and I want to help move the Club forward.

“Ackers [Colin Ackermann] has led the T20 campaign brilliantly and has been a good ally to me.

“I will help him moving forward if he needs any help or direction with regards to captaining or communicating with the squad, and of course, I wish him all the best.”

Head coach Paul Nixon added: "We have had some good chats over the last few days, and we feel that it is time to go in a new direction.

"There are places up for grabs now and it is time for the squad to stand up and be counted.

"We thank Horts [Paul Horton] for everything that he has done in white ball cricket.

"He has got a massive format now in red ball cricket and has still got a huge job and a massive part to play as Club captain, and also to support Colin Ackermann as well."