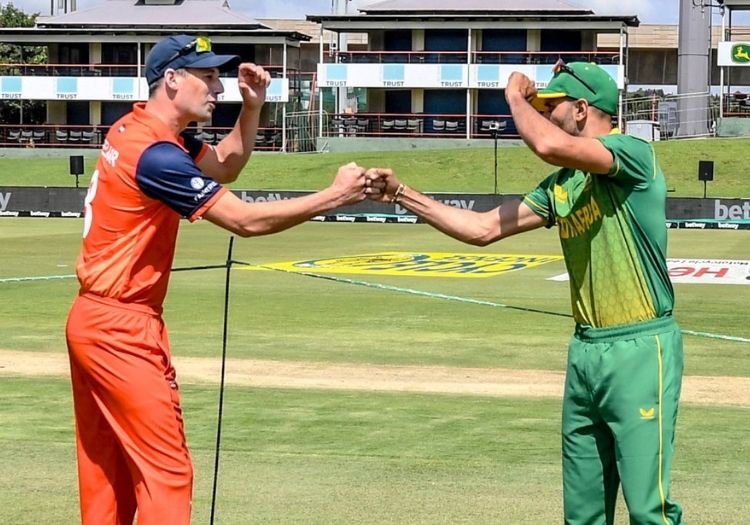 South Africa and Netherlands' one-day international series has been postponed amid unease caused by the emergence of a new Covid-19 variant.

Talks took place during the washed-out first ODI at Centurion ahead of the concluding matches on November 28 and December 1.

But after the Dutch team expressed "mounting anxiety and concern" particularly around the tightening of travel in and out of southern Africa the decision was taken to delay the final matches. The Gauteng province, where a spike in infections has been detected, was hosting the series.

The Netherlands team will remain at their hotel until the logistics around their return have been confirmed. Previously, it was understood they could not fly home before December 3.

“We are saddened by these circumstances, but are grateful to Cricket South Africa for their assistance and understanding of our team’s position," said KNCB chair Jurgen Delfos.

"It must be made clear that the concerns are strictly over travel issues and how soon the team can get home and have nothing to do with the integrity of the Bio-Secure Environment (BSE) that CSA has successfully hosted. Our team has been pleased with every aspect of the organisation of the tour and have been well treated by our hosts.

“We have been looking forward to this series against the Proteas for some time and are keen on returning to South Africa in the near future."

Acting Cricket South Africa chief executive Pholetsi Moseki added: "We are disappointed by the unfortunate situation we find ourselves in, but the comfort of all visiting teams must always be paramount. 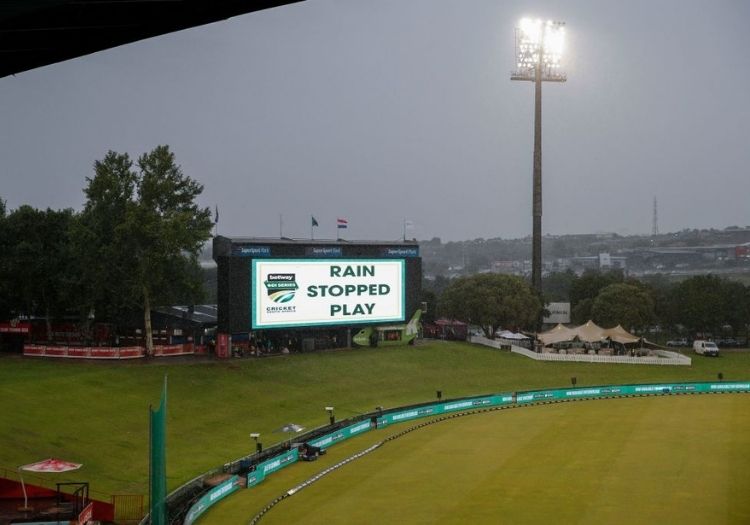 The first ODI was washed-out on Friday (November 26)

"The mental well-being of players is one of CSA’s top priorities, and we respect our visitors’ position and point of view."

It is hoped that two matches can be rescheduled inside the current future tours programme which ends in 2023. The series was counting towards the World Cup Super League, which provides qualification for the next 50-over showcase in India.

The series represented the first time the two teams had met in South Africa.

However, it seemed inevitable that a postponement was imminent when news that the fresh variant, first reported to the World Health Organisation from South Africa and since named Omicron, had sparked concerns among experts.

It remains to be seen how transmissible the mutation is and whether existing vaccines will still be effective against it.

The United Kingdom, the United States and the European Union have imposed restrictions on travel that will force citizens and residents to quarantine upon arrival.

From a cricket perspective in South Africa, attention now turns to how impactful the virus could be on the remainder of the calendar.

India A are currently playing an official Test series in Bloemfontein, with the senior team due to arrive next month for a lucrative tour including three Tests, three ODIs and four T20s. India is yet to ban travel to South Africa but have implemented stricter testing measures.

The Women's World Cup qualifier in Zimbabwe has had to be abandoned because of mounting concerns.