Rachael Heyhoe Flint Trophy team of the week: Who makes our XI? 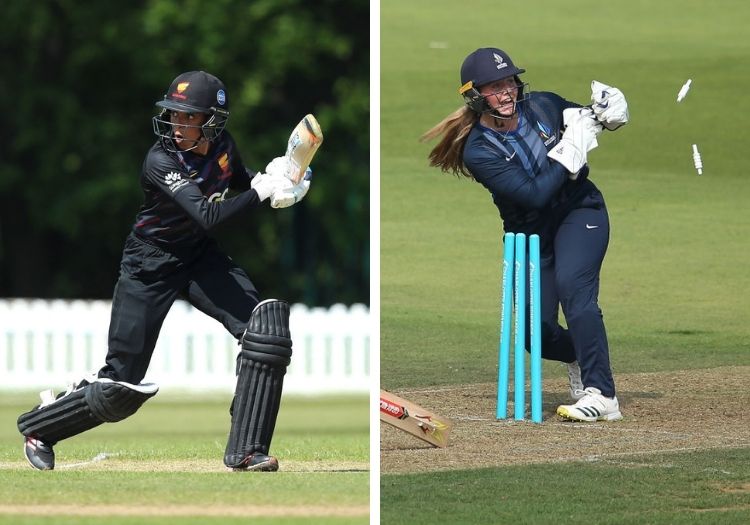 Back-to-back half-centuries for the 25-year-old who had just 64 runs in four appearances heading into Friday’s clash with Central Sparks. Against Sparks, she top-scored for her side with 69 runs from 95 balls. However, she saved her performance of the season for Southern Vipers, smashing 91 runs from just 82 balls before being pinned lbw by Lauren Bell to depart nine runs shy of her fourth List A century. Individually, she could have done little more in her past two outings to try and secure that all-important first 50-over win for Sunrisers. A player whose stock continues to rise.

Fellow top-order batters Hollie Armitage (Northern Diamonds), Georgie Boyce (Thunder) and Marie Kelly (Sparks) all put forward good cases for their inclusion in this XI with strong batting performances. However, Bryony Smith put in an all-round display against Lightning which made her impossible to ignore. The Stars captain led from the front, scoring 84 runs from 73 balls, including a 105-run third-wicket stand with Alice Capsey, before taking 3 for 46 with the ball. Among her victims was dangerous Lighting opener Sarah Bryce, who was striking the ball at 121.62 prior to being bowled by Smith.

Western Storm have been poor in 2021, winning just two of their six List A matches to date. However, the same cannot for Sophie Luff, who now has three 50+ knocks to her name this season after striking consecutive half-centuries in rounds five and six. Against Northern Diamonds, she top-scored for Storm with 65 runs off 77 balls, before striking 70 runs off 111 balls against Lighting (once again top-scoring for her side). Only Amy Jones has scored more runs (282) than Luff’s 260 in the Rachael Heyhoe Flint Trophy this year. 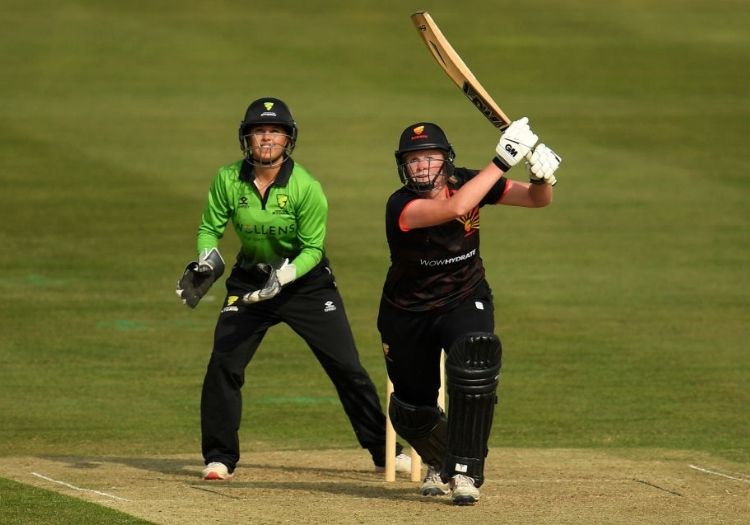 An automatic pick. Prior to round six, Georgia Elwiss had scored just 55 runs in five innings and had two ducks to her name. However, against Sunrisers, she was in blistering form, scoring an unbeaten 112 off 118 deliveries, including 12 fours and one six, to propel her side to their highest total of the season (309) and become the sixth player to reach three figures in the competition in 2021. However, her starring role didn’t end there. Sunrisers chased relentlessly and entered the final over requiring just eight runs to win. Handed the ball, Elwiss conceded seven runs off the over, including just three off the first five balls, to seal a one-run win for Vipers. Unsurprisingly, she won player of the match.

Another position which could have gone to any number of players, including Capsey, Sterre Kalis (Diamonds), Kathryn Bryce (Lightning) and Macleod’s teammate Fran Wilson, who scored 65 not out off 51 balls against Vipers. However, it’s Macleod who gets the nod, both for her 79-run contribution against Southern Vipers and her run-a-ball 46 against Sparks. And while her knock in the former was not as explosive as Griffith and Wilson, coming off 90 balls, she contributed equally to both partnerships and played a crucial anchor role to facilitate their more expansive play.

Bess Heath was the finisher against Western Storm, scoring 32 not out from 33 balls to see her side over the line as part of a 54-run partnership with captain Armitage. Against Thunder, she was the destroyer, crashing 78 runs from 65 balls, including nine fours, to propel her side to 294 – a total which Thunder never looked like chasing. Against the former, she also took two catches to dismiss two of Storm’s top four before the halfway mark. Since returning from injury, the 20-year-old has been in electric form and is now Diamonds’ fifth-highest run-scorer despite only making two appearances in the competition.

Beth Langston performed well with the ball in rounds five and six, taking 2 for 30 against Storm and 0 for 12, including three maidens, against Thunder. However, it’s her batting which earns her selection in this XI. The 29-year-old scored 58 runs off just 30 balls against Thunder as part of a 91-run partnership (55 balls) with Bess Heath. Langston now has three 40+ knocks in her past five appearances for Diamonds and a team-leading 50-over strike rate of 135.57.

Five for 80 from her past 20 overs and a handy 24 runs from 29 balls against South East Stars to give Lightning’s tail a little wag. Two more solid outings for Kirstie Gordon, who is now the competition’s leading wicket-taker with 14 wickets and an economy of 3.16. Honourable mentions for Southern Vipers duo Paige Scholfield and Tara Norris, who each bowled career-best List A figures against Thunder on Friday. 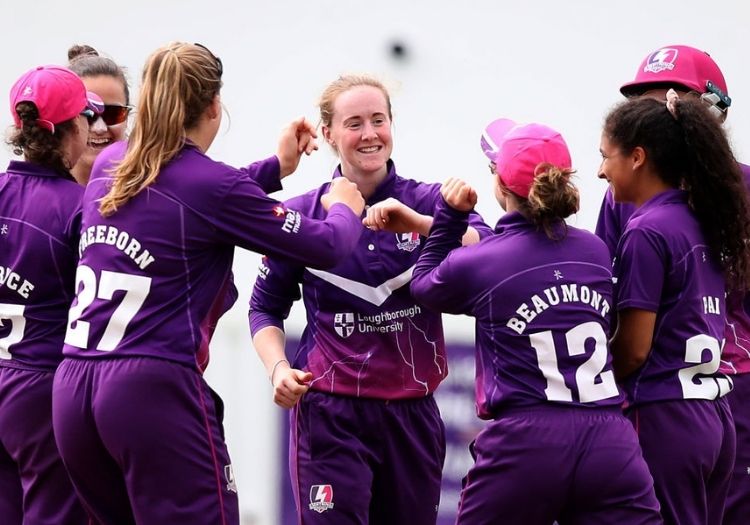 Ria Fackrell’s teammate Georgia Davis stole the headlines against South East Stars after picking up 4 for 26 with the ball. However, it’s Fackrell who is included in this XI after taking consecutive three-fors, including the wickets of player of the moment Alice Capsey, pinned lbw, and Sunrisers duo Fran Wilson and Naomi Dattani. Fackrell is now Sparks’ joint-leading wicket-taker alongside Issy Wong, with both players collecting 11 scalps, and has more than doubled her total for the season in two matches.

The newest addition to the five-for club, Linsey Smith joins Issy Wong, Tash Farrant and Emily Arlott in the exclusive group of players to take a five-wicket haul in 2021. The spinner dominated Western Storm with the ball, taking five wickets for the loss of just 34 runs from her 9.1 overs, including 35 dot balls and just three boundaries. And while she didn’t take any wickets against Thunder, Smith bowled tidily once against at Chester-le-Street, posting figures of 0 for 26 from her 10 overs.

Season-best List A figures against Thunder, a couple of wickets against Western Storm and two miserly performances – textbook Katie Levick. She was overshadowed by Smith’s five-for against Storm but against Thunder, Levick reclaimed the limelight, dismissing Ellie Threlkeld in the 22nd over before picking up three wickets in the final 10 overs. The only blemishes on her scorecard: one boundary and two wides.