The year was 1992, the setting was Brisbane and South Africa were competing in their maiden World Cup 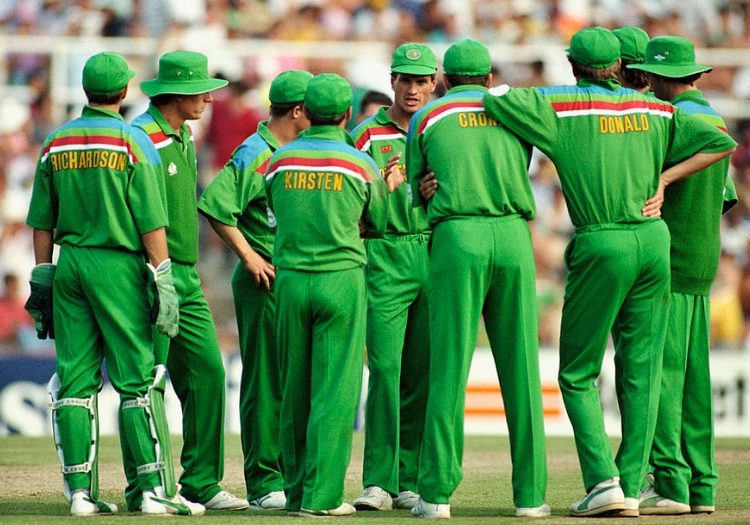 Is it a green rocket? Is it an over-caffeinated bird chasing a vole? No, it’s South Africa’s Jonty Rhodes making absolutely sure that Pakistan’s Inzamam-ul-Haq is unequivocally run out.

The year was 1992, the setting was Brisbane and South Africa were competing in their maiden World Cup. Led by Kepler Wessels, the Proteas had opened the tournament in style, thrahshing Australia by nine wickets at Sydney. Allan Donald helped himself to three for 34 before Wessels (81*), Andrew Hudson (28) and Peter Kirsten (49*) saw South Africa home with 13 balls to spare.

Defeats to New Zealand at Auckland and Sri Lanka at Wellington were sandwiched between the Australia win and a 64-run victory over West Indies at Christchurch.

Imran Khan’s Pakistan were next up.

Having lost the toss and made to bat first, Hudson’s fifty at the top of the order and an unbeaten 47 from Hanse Cronje saw South Africa finish with 211 from their fifty overs.

Rain came, and saw Pakistan’s target revised and their task made all the harder, but with Inzamam - who was nearing a half-century - and Imran at the crease, South Africa remained on the back foot.

Then came the turning point.

Inzy - looking to hit through the on side - played and missed at Brian McMillan. As the ball the flew off his pads towards backward point, the batsman set off for single unaware that a freak of nature was lying in wait.

Rhodes arrived on the scene quicker than a springbok fleeing a cheetah. In the blink of an eye, the South African had gathered the ball, accelerated towards the crease and flung himself at the stumps.

Approximately three seconds after Inzamam had set off, Rhodes had crashed through his furniture.

The pick up. Something that can be made to look so simple but in reality takes great skill to time on the move without breaking stride. It was as if the ball was sucked into Rhodes’ palm. 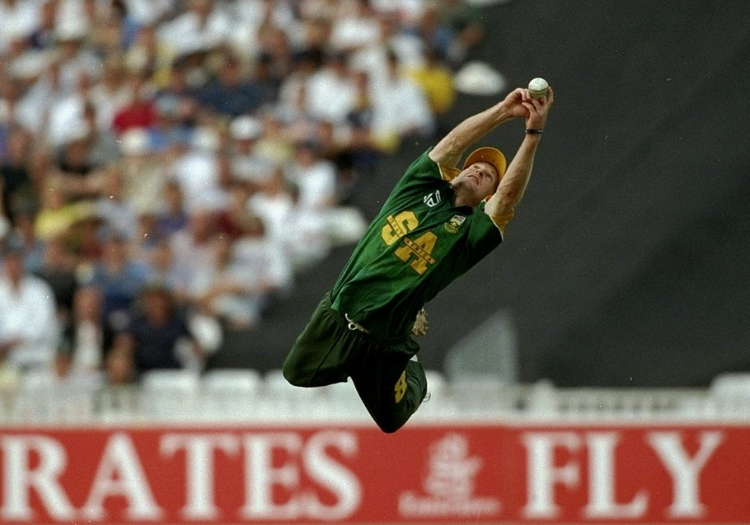 Rhodes redefined the art of fielding

The Speed. Watch the video - look at the leg speed. Before Inzamam has a chance to return to safety, it’s too late.

The lack of regard for personal safety. At that pace, there was every chance some damage could have been done. Clearly that wasn’t on Jonty’s mind. Bravo.

The desire. The desire, to above all, make absolutely sure that there can be no other outcome. No leaving it to chance with a throw. Not whipping the bails off just in the knick of time. No. Just get your head down, charge towards the target with blinkered eyes and obliterate everything on arrival.

Imran fell to McMillan soon after as Pakistan’s chase faltered and Rhodes’ action in the field was not done yet. He caught Ijaz Ahmed off the bowling of Adrian Kuiper and South Africa, with that revised target to defend, won by 20 runs.

The rain may have brought South Africa a slice of luck, but Rhodes brought the thunder and lightning that shook the foundations.

Reflecting on his effort, Rhodes said: "There was a 50% chance that I'd hit the stumps if I threw, and a 100% chance of hitting the stumps with ball in hand. The fastest way I could cover the last metre and a half was head first. It was just the right thing to do at the time."