A back injury has ruled Curran Jr out of the remainder of the IPL. Fellow Surrey quick Reece Topley will join the squad as a travelling reserve 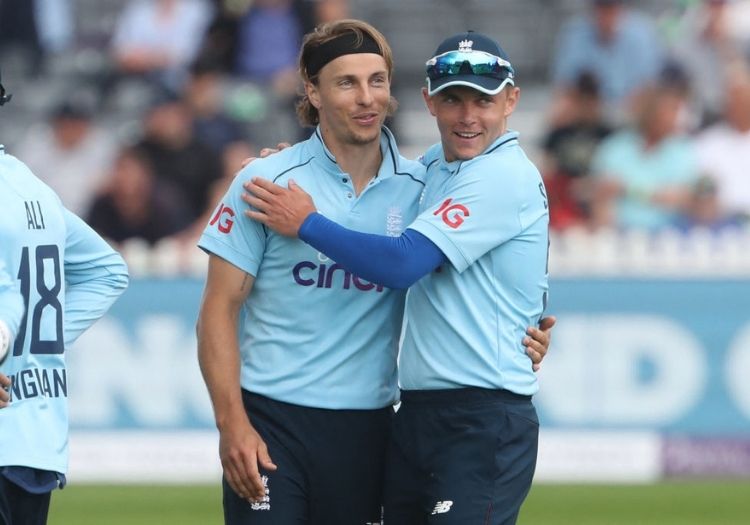 England have suffered an injury blow ahead of the men's T20 World Cup with the news Sam Curran has been ruled out with a back injury.

Brother Tom Curran has been promoted into the main squad from the three-strong reserve group. In 30 T20Is he has taken 29 wickets and scored 64 runs.

Reece Topley has been called up to fill the void left by the change and will join England, who have arrived in Oman ahead of the tournament, in due course.

Curran jr complained of back pain after playing for Chennai Super Kings against Rajasthan Royals in the Indian Premier League.

Scans have revealed the injury, which rules the 23-year-old out of the remainder of the franchise tournament and the World Cup.

Upon his return to the UK, he will undergo further assessment and a full review from the ECB's medical team.

Eoin Morgan's side begin their World Cup campaign on October 23 against reigning champions West Indies. Their preparation for the tournament begins in earnest with warm-up matches against India (October 18) and New Zealand (October 20) in Dubai and Abu Dhabi.