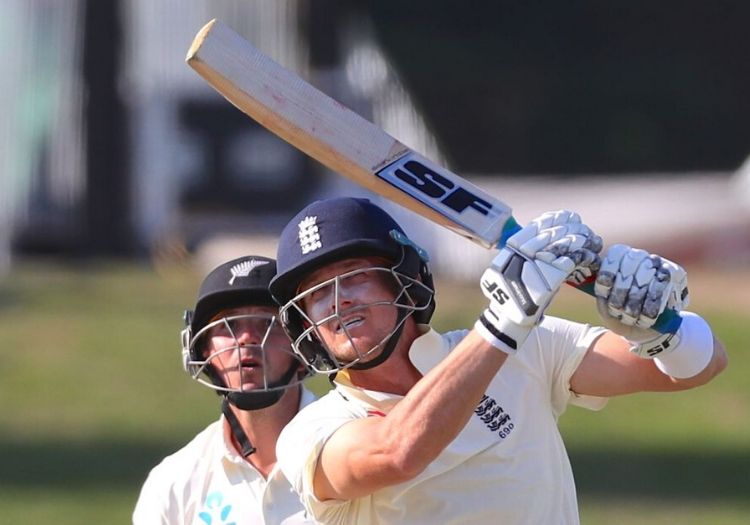 Nasser Hussain has praised Joe Denly, stating that “he has looked a Test cricketer” after the Kent batsman gave England a platform to build from against New Zealand.

The 33-year-old struck eight boundaries and a six in his innings of 74 as he provided a blueprint of how Chris Silverwood’s Test side might look to play. He was one of three men to face more than 100 balls on the first day at Mount Maunganui.

Arriving at the crease after Rory Burns and Dominic Sibley had put on 52 for the first wicket in 21.4 overs, Denly was largely untroubled during his 181-ball stay at the crease – a display that lasted for more than four hours.

He took 20 deliveries to get off the mark but got underway with an extra-cover drive for four off the bowling of Colin de Grandhomme. His battle against Neil Wagner made for intriguing viewing, with Denly opting to take on the left-armer’s barrage of short deliveries.

“When he was first picked, I thought, 'isn't that a backward step? Hasn't he had his time? Aren't there younger players we can start introducing?',” Hussain told Sky Sports.

“Then I saw him bat in the Caribbean and he had real rhythm to his batting. He doesn't look frenetic, he looks composed.

“He did well against Australia in the summer against a good attack, albeit that there was one area where he looked vulnerable against the short ball and then he'd have a big booming drive.

“It's rare I've seen him and thought, 'he doesn't seem like an international cricketer' so that is a real tick for the selectors. He has looked a Test cricketer.”

Denly is still searching for a maiden Test century but has now recorded fifties in each of his last four England appearances, including 94 at the Oval in the final Ashes Test – an effort that sealed his place in the touring party for the New Zealand series.