The Falcons have won two of their opening nine group matches, with Godleman having averaged 5.86 with the bat in the competition so far 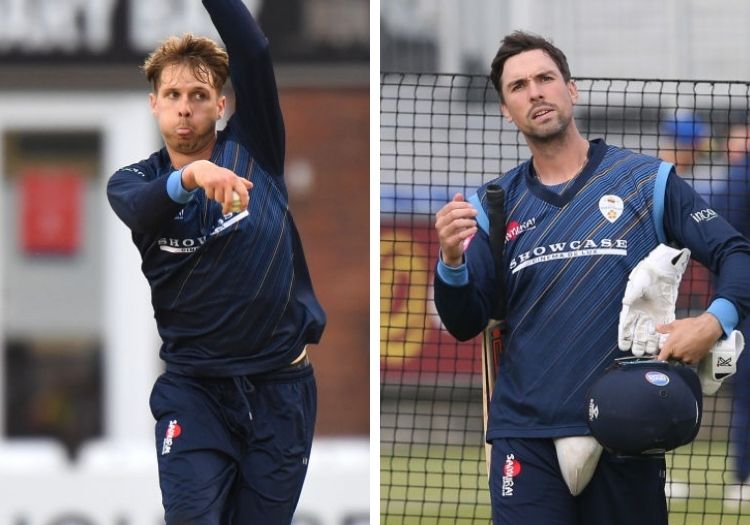 Derbyshire have confirmed allrounder Matt Critchley will replace Billy Godleman as captain for the remainder of the T20 Blast campaign.

Godleman, the skipper across all formats, will drop out of the squad for the foreseeable future.

The 32-year-old has averaged just 5.87 across his eight Blast innings this season.

Falcons, victims of an injury crisis of late, have won just twice in the 20-over format this term and sit second bottom of the North Group.

Head coach Dominic Cork hopes the change of leadership leads to a swing in momentum.

"It’s been a tough time for Billy, he hasn’t shirked any responsibility, but as a coach, it would be unfair to just keep letting him go on and on," said Cork.

"I’ve spoken to him, and he will come out of the squad to recharge his batteries.

"Knowing Billy, he will be raring to go when required and the Derbyshire supporters will hopefully reap the rewards of a refreshed Billy Godleman.

"Matt Critchley will captain through to the end. While you have that one sombre conversation with Billy, you have a bit more of an upbeat one with Critch. He’s excited and understands it’s an honour to captain this club.

"He is really important for the future of this club; he’s an exciting young player. He’s somebody who will go out there with his badge proudly in front, and I hope that he can energise us and get us back to winning ways because the last two games have not been good enough."

Critchley, who has appeared 172 times for Derbyshire, will begin his tenure with the visit to Birmingham Bears on Thursday (June 24).