West Indies future and cricket for cricket's sake... what did we learn from CPL 2020?

CARIBBEAN CRICKET COLUMN - SANTOKIE NAGULENDRAN: While the quality of cricket did not match-up to previous editions, the fact we had a franchise competition to enjoy at all is a tribute to the organisers' hard work 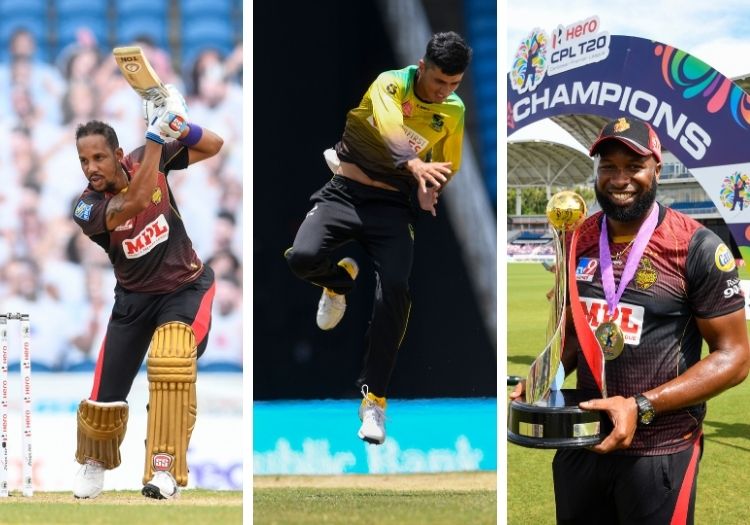 No fans in attendance, a heap of player withdrawals before the tournament, players lacking general match fitness, and increasingly wearing Trinidadian pitches made this year’s edition of the Caribbean Premier League like no other. Could it really be the CPL without Chris Gayle, aka the Universe Boss, in attendance?

The answer was yes it could. Cricket was played and enjoyed, yet to compare this season’s edition to those of previous years would be unfair; the objective, to host a franchise tournament during a global pandemic without any hitches, was achieved, and for this, the organisers must be commended.

Ironically for a tournament with no fans at the actual venue, this year’s CPL had the eyes of the world on it; a combination of convenient start times for UK and Indian fans, alongside a general lack of alternative competition (aside from some of England's white-ball matches against Pakistan and Australia and a handful of T20 Blast games), meant that cricket-starved T20 aficionados were all too happy to sit down for the regular doubleheaders taking place over in Trinidad. The biggest party in sport was confined to armchairs this season rather than stands.

Trinbago Knight Riders justified their favourites tag in emphatic fashion, 12 wins out of 12, something never been done before in a major global T20 tournament. Despite the abundance of talent in their side, they were also hampered by key injuries.

Colin Munro and Sunil Narine missed games, including the final, while DJ Bravo and Kieron Pollard were rotated at times. Their squad depth meant the likes of Tion Webster, Akeal Hosein, Sikandar Raza, and Pravin Tambe could come in seamlessly and assist the side in their winning ways. Pollard had bred a culture of success that nobody dared to deviate from.

To achieve a 100% record in a format that is defined by such small margins is remarkable. Indeed, aside from one game against Barbados where Pollard pulled off a stunning heist, Trinbago never really looked troubled by opponents, a combination of sheer experience alongside circumstances which favoured them.

Playing on home turf, having no player withdrawals to deal with, in addition to their local contingent being able to play club cricket while others had to quarantine at a hotel meant, if ever a tournament was geared towards one franchise dominating, it was the 2020 CPL.

The CPL is usually a scouting arena for West Indies call-ups, last season saw Brandon King and Hayden Walsh Jr earn caps based on their performances in the CPL, so it will be interesting to see if selectors treat this year’s edition as an anomaly due to the unique circumstances of it all, or if they do make changes based on performances this season.

In a tournament dominated by low scores and efficient bowling performances, a look at the batting charts does not make for great reading. Shimron Hetmyer, Nicholas Pooran and Evin Lewis all managed to finish in the top 6 yet had inconsistent tournaments. The increasingly wearing pitches in the tournament meant runs were hard to come by, and Pooran hit the only century of the tournament.

Lendl Simmons ended the tournament as top run-scorer, which will please all West Indies fans heading into the 2021 T20 World Cup, as he looks to cement his spot as an opener in the international side.

Also competing for an opener spot, King will be massively disappointed at his performance this year, failing to capitalise on his breakout 2019. He collected a dismal 116 runs at an average of 11 this season, in comparison to last season when he scored 496, combined with mixed performances so far in Maroon means his place in the side could be under threat.

Darren Bravo ended the tournament averaging 59 and finishing third-highest run-scorer, having not played a T20i since early 2019, he has forced himself into the reckoning with assured performances which culminated in a confident innings in the final when his franchised needed it.

Roston Chase, not considered a genuine T20 player before this tournament, where he was drafted in as a late replacement, stood out for performances with both bat and ball. With the World Cup being held in India next year, his ability to play spin and bowl economically could see him earn a squad call up sooner rather than later.

Surprisingly, for a tournament increasingly dominated by spin, pace bowler Scott Kuggeleijn topped the wicket charts. His blistering deliveries in the Powerplay being crucial in the Zouks' run to the final, in which Daren Sammy created the new position of ‘’specialist captain’’. In a format that is increasingly evolving, going forward will we see players chosen for tactical nous rather than performances with either bat or ball? 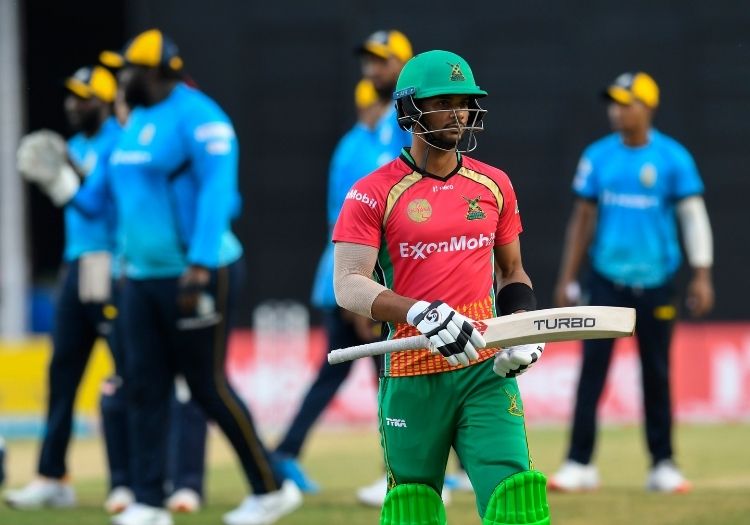 Brandon King failed to back-up his displays from 2019

The usual suspects Imran Tahir, Mujeeb Ur Rahman, and Mohammad Nabi all performed with the ball, but it will be a slight concern for West Indian selectors that the two highest local wicket-takers were Kesrick Williams, who had an economy rate of nearly 9, and 39-year-old Rayad Emrit.

Current West Indian international bowlers O’Shane Thomas and Sheldon Cottrell had tournaments to forget, the former having horrendous line and length, while the latter’s inconsistency saw him continually dropped from the Patriots side this season.

Both could redeem themselves later this month as the IPL begins, where they will feature alongside allrounder Fabian Allen, who missed the entire CPL due to a flight issue.

Allan looks most likely to be used as the second spinner alongside Sunil Narine in subcontinent conditions at next year’s World Cup, but alongside Chase, a few other local spin bowlers did stand out in this tournament.

Akeal Hosein and Kharry Pierre gave themselves outside shots of making the squad with efficient performances in the tail end of the competition, while long-term, the Guyanese duo of Ashmead Nedd and Kevin Sinclair look like they could create their own spin dynasty in years to come.

So overall, it was apt that at such a confusing time for the world, a somewhat muddled CPL arose, a scattering of individual performances failing to mask the fact that the tournament was generally filled with mediocre cricket that in no way reflected the CPL brand of previous years.

Overseas players with big reputations such as Ross Taylor, Chris Lynn, Ish Sodhi, Corey Anderson, and Ben Dunk all failed to perform, and it remains to be seen whether, despite the testing circumstances, franchises will bring them back next year as overseas players for a second chance, or if this was the final straw for many. 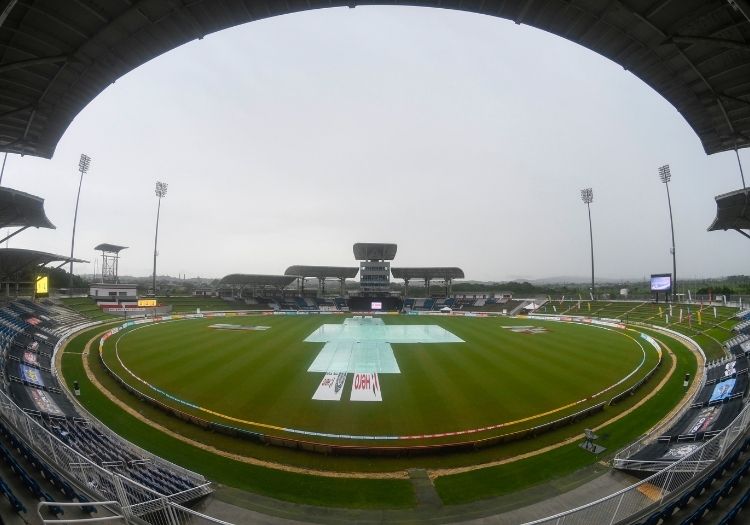 For most players, you feel they will rule this tournament as miscellaneous, an asterisk placed firmly across their own stats to reflect an unusual competition that served its primary purpose of bringing cricket back to the Caribbean at a time when people crave a distraction from the horrors of COVID-19.

Many players here will fly straight to the IPL, into another bubble, yet now better prepared and equipped to perform on a bigger stage, you could almost feel the glee of the Mumbai Indians owners as Kieron Pollard picked up his man of the tournament trophy, while simultaneously you sense the Kolkata Knight Riders will be sweating on the fitness of Narine.

For the rest of the players, not contracted to the IPL, a period of uncertainty awaits. There is no other professional cricket happening until November at the earliest, so inactivity will inevitably lead to a lack of match fitness once again. West Indies are scheduled to travel to New Zealand at the end of the year for a tour which includes three T20is, but we await confirmation.

Credit must go out to the organisers and those behind the scenes who made the competition possible this year despite many doubting the feasibility of it all. Of course, the standards were not what we were used to, and the hierarchy will no doubt be hoping next year can return to normality, for the sake of the brand.

But the fact that the tournament went ahead without any glitches, and entertained fans across the world, fundamentally means more to the game than whether any individual players fulfilled their potential during this uncertain period.

We await to see whether West Indian selectors take on the same view.