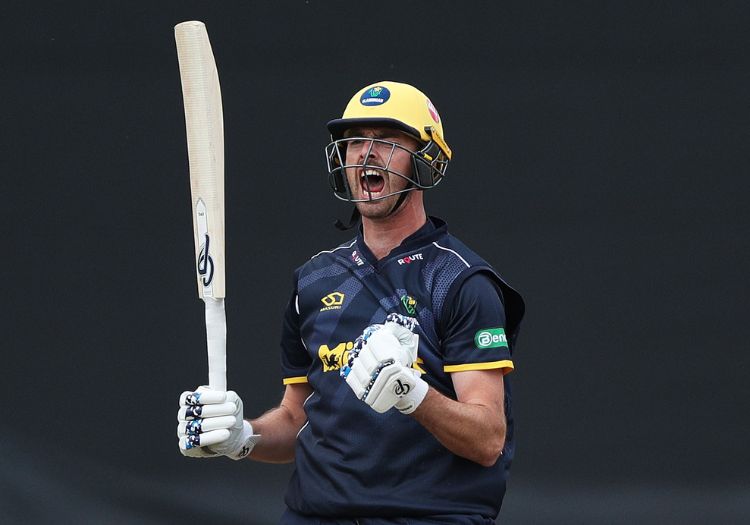 Glamorgan got back to winning ways in the Vitality Blast with a four-wicket victory over Sussex in Cardiff. Wickets for the ever-reliable Michael Neser and runs from Sam Northeast and Colin Ingram set up the Glamorgan win that keeps their knockout hopes alive.

Sussex batted first and a stop-start innings saw them set Glamorgan a target of 150 to win with Luke Wright top scoring with 46.

A big partnership between Ingram and Northeast was the foundation on which the successful chase was built, with Ingram the major contributor with 57 from 43 deliveries.

Late wickets, including those of Ingram and Northeast, brought Sussex back into the contest at the death but the big-hitting Dan Douthwaite saw Glamorgan home with an over to spare.

Having put Sussex into bat Glamorgan restricted the visitors to 38 for 2 from the powerplay. The first wicket to fall was that of Mohammad Rizwan who was caught on the midwicket boundary after his attempted slog-sweep off the bowling of Prem Sisodiya found James Weighell fielding on the ropes.

Ali Orr was the second Sussex batter to be dismissed, bowled by a ball from Michael Neser that moved passed the left-hander to crash into his off stump.

Luke Wright and Tom Alsop righted the ship as they put on 67 for the third wicket in decent time. Eddie Byrom put down a simple chance to dismiss Alsop off the bowling of Sisodya but Glamorgan did claim the wicket of the dangerous Wright when he was well taken on the long-on boundary by Neser to Douthwaite his first wicket. 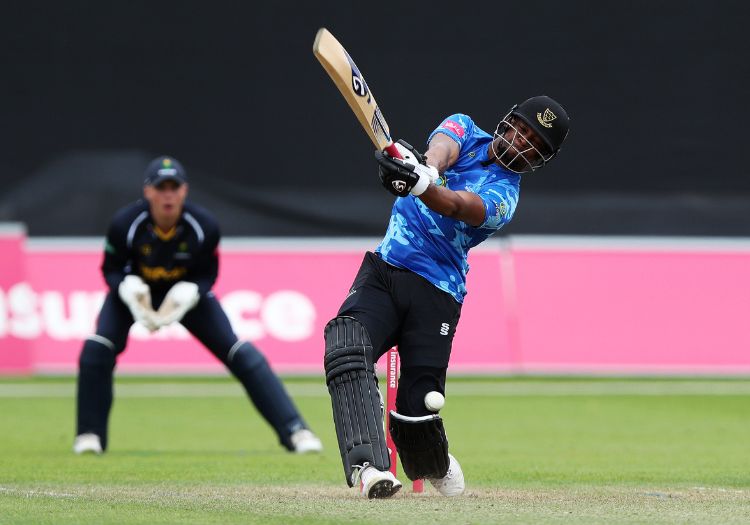 Wright's departure saw the Sussex scoring rate slow and wickets began to tumble. Ravi Bopara couldn't get going, dismissed for two from seven balls by Neser and Tom Alsop holed out on the boundary for 34 from 28 balls off Andrew Salter.

When Harrison Ward was stumped by Alex Horton, the 18-year-old wicketkeeper's maiden victim in the Glamorgan first team, Sussex were 108 for 6 with 4.3 overs left. Rashid Khan too struggled to get going, bowled by Weighell for a run-a-ball eight.

It was Delray Rawlins who gave the Sussex innings respectability as he took the attack to the Glamorgan bowlers, hitting two sixes on his way to 27 from 16 balls. Unfortunately for Sussex, Rawlins wasn't there at the end, trapped lbw by Neser to the first ball of the 20th over with Sussex finishing on 149 for 8.

Glamorgan got off to a decent start despite the early loss of David Lloyd, who slapped a ball from Steven Finn into the hands of Rashid in the covers for just eight from 10 balls. From there, a stand of 86 between Ingram and Glamorgan's leading run scorer in the Blast, Northeast, broke the back of the chase.

It was the wicket of Northeast that ended the partnership when he was caught by Henry Crocombe off the bowling of Tymal Mills for 35 off 32.

Ingram had struggled to get going in his previous two innings in the Blast but on the back of a match-winning 178 in Glamorgan's County Championship match against this same opposition last week he has found some form as he reached his fifty from 39 balls.

Glamorgan were cruising to victory before four wickets in the space of two overs gave Sussex real hope before Douthwaite's 18 from 10 balls saw Glamorgan home with time to spare.