Notts Outlaws were put to the sword at Trent Bridge, as the Bears racked up 261 for 2 - the highest total in 20 seasons of the competition 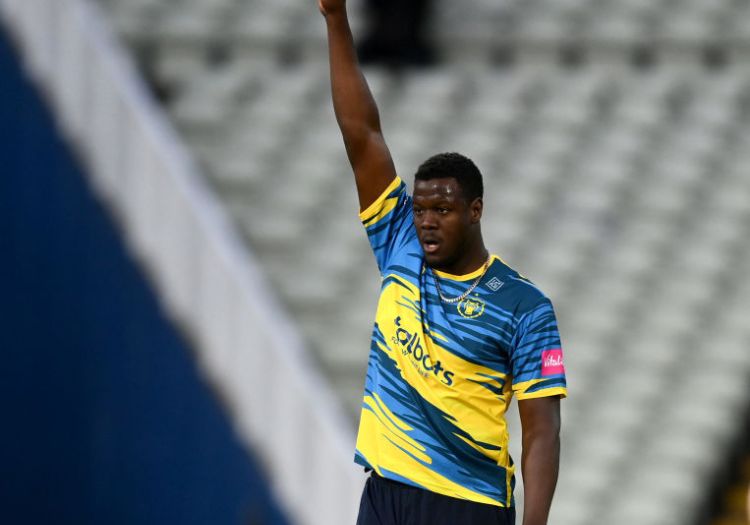 Hain struck 112 not out as the Bears put on 261 for 2 against Notts Outlaws at Trent Bridge, the highest total in the competition's 20-year history.

The score sits eighth in the all-time standings, a list led by Afghanistan's 278 for 3 against Ireland in 2019.

It came at the end of a week that saw England lash 299 in 50 overs to beat New Zealand on day five of the second Test on the same ground. 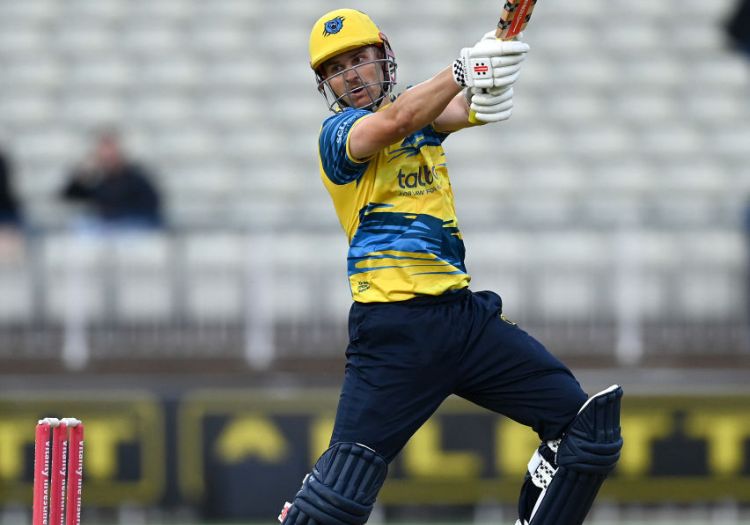 Notts briefly threatened the biggest chase in T20 history before eventually being bowled out for 207 with 10 balls to spare, with Brathwaite taking 3 for 31.

Despite being the main architect of the innings, Hain was keen to pay tribute to skipper Brathwaite - who guided West Indies to T20 World Cup glory in 2016 and has played 232 matches in the format - for provoking a change in approach.

"We all know that T20 is certainly a funny game and I was so close to getting an edge trying a ramp right at the start of my innings," he said, according to the ECB Reporters Network.

"I could easily have been out in the first four or five deliveries.  I was probably more anxious batting than about defending the target."

"We are a more confident team these days at T20 which is a credit to Carlos. The way he talks about the game is a big help." 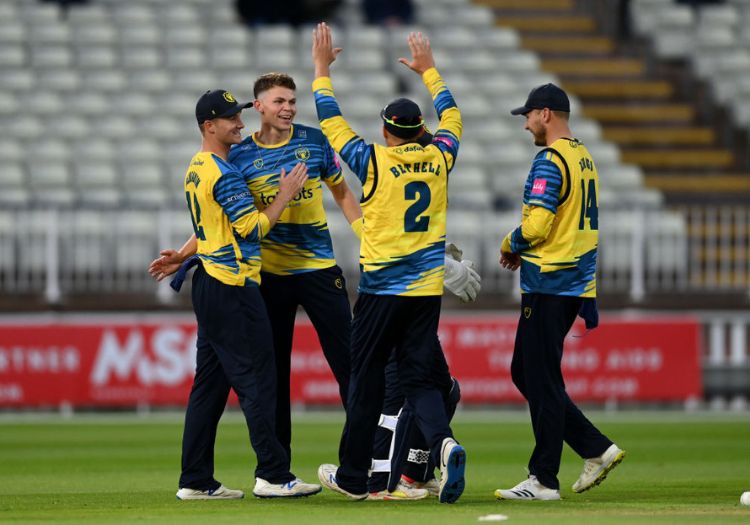 The victory sees the Bears third in the North Group with five games remaining. They are back in action on Sunday (June 19) when they host Derbyshire Falcons before a key clash against second-place Northamptonshire Steelbacks.

"There's definitely been a shift for us but you still take every game as it comes," added Hain after his maiden T20 hundred.

"Carlos sees how far cricket is moving and tonight was evidence of that. I knew how talented Notts are and I know how hard it is defending at Trent Bridge so we dealt well with the pressure.

"If we can continue having guys putting their hands up every night at various key times we can be confident going forward."