Bob Willis Trophy essentials: All you need to know ahead of the second round of matches

The Cricketer provides all the information as the one-off red-ball competition resumes... 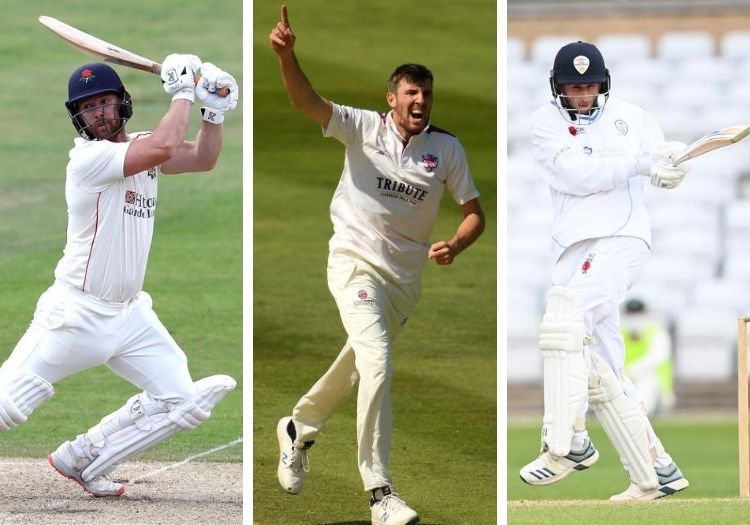 Lowdown: In their last five encounters Durham have beaten Lancashire three times, with the other two meetings ending in a stalemate. Durham lost their first game of the Bob Willis trophy by a distance against Yorkshire, after being bowled out for just 103 in their first innings. Lancashire were turned over in their first game back, after Leicestershire chase down 150 to win on day four.

One to watch: Stephen Croft looked set in both innings for Lancashire last week. He remained unbeaten and will come into this week with plenty of confidence.

Team News: Nathan Rimmington is back in contention after returning to training for the hosts. Lancs have Luke Wood available after he was unable to make his debut against Leicestershire. Richard Gleeson, Liam Livingstone and Saqib Mahmood could all return after the conclusion of England ODI series against Ireland but Matt Parkinson is missing.

Weather: Bright skies throughout the opening days will make it perfect for batting.

Lowdown: Both Leicestershire and Derbyshire won their first games of the Bob Willis Trophy with thrilling successes that came down to the wire.

Derbyshire staged a record chase to beat Nottinghamshire, while Leicestershire stormed to their 150-run target inside 17 overs.

Having proven they have the stomach and determination to complete tight wins, it will be interesting to see if they can make this week more convincing.

One to watch: Opening round debutant Ben Slater proved to everyone why he’s in the mix with the big leagues with his 172. It will be pleasing to see him back up the display in week two.

Team News: Derby have Ed Barnes available for the rest of the season after his move from Yorkshire. The match is the last of Slater two-week loan at Grace Road.

Weather: Cloudy skies are predicted for the start of the match before clearing for the second half of the game. Rain is possible on day four. 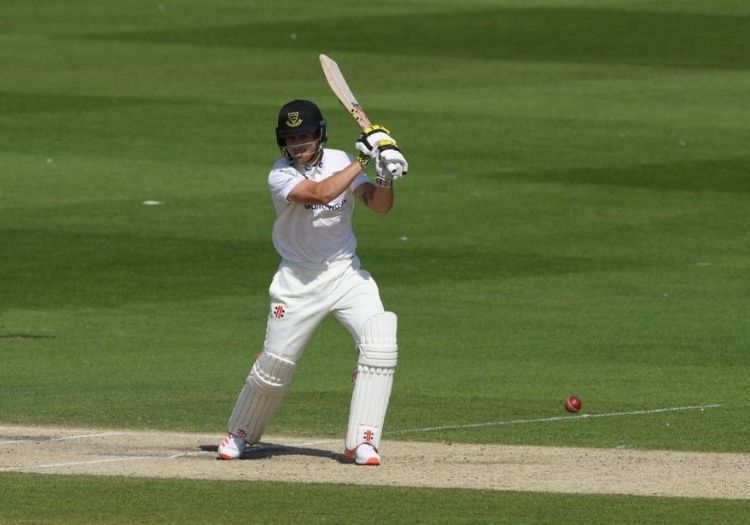 Lowdown: In their last five encounters since 2016, Nottinghamshire have not managed to beat Yorkshire due to their performance with the bat. Yorkshire look well set following their convincing six-wicket win against Durham last week.

Nottinghamshire lost against Derbyshire in a nail-biter in which 1207 runs were scored overall, however, showed great promise for future games after last season's disaster.

One to Watch: It will be interesting to see how Yorkshire’s Matthew Fisher will fare this week after taking 4-54 last weekend. His tight bowling and timely wickets could pay dividends against what seems on paper, to be a strong Nottinghamshire line-up.

Team News: England’s Jonny Bairstow looks set to return to Yorkshire for the next two four-day games. Duanne Olivier will also be returning. All-rounder Matthew Waite is looking like he’ll miss out this week due to a torn shoulder muscle.

Weather: The sun will occasionally visit Trent Bridge on Saturday, however, light cloud with possible showers might follow.

Lowdown: In their last five encounters in County Championship Division Two, Gloucestershire are yet to prevail with Warwickshire having claimed three wins and two draws.

One to watch: Tim Bresnan needs to carry on his form from last week both with the bat and the ball. Leading the bowling unit, he'll want to maintain his economy and work with the other bowlers to restrict Warwickshire’s total, before demonstrating his class with the bat in the lower order.

Team News: The hosts could name an unchanged team, with Josh Price and Tom Shaw looking to remain. Warwickshire have lost Ollie Stone for four weeks after he suffered a side problem during the opening round.

Weather: Sunny intervals and a moderate breeze getting up to temperatures of 27 will kick-off the match and those warm conditions are likely to remain for the duration. 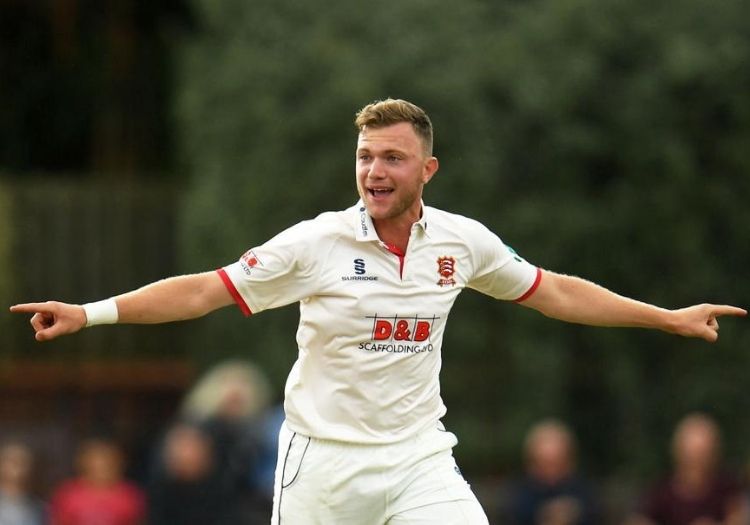 Lowdown: Northants displayed excellence with the bat in the second innings scoring 507 runs for the loss of just six wickets. Craig Overton will be eager to carry on his performance from last week following an encouraging opening round.

One to Watch: Luke Procter saved his team the game last week alongside Adam Rossington. For Somerset, the Overton brothers will have Northants' line-up on notice.

Team News: Both sides are likely to unchanged.

Weather: Sunny Intervals in the morning and early afternoon, but with temperatures of 26 degrees and cloud coverage, it will be a seamers dream.

Lowdown: Worcestershire won their opener by eight wickets having impressed in their first innings with 428 runs. Glamorgan suffered badly with the bat meanwhile, failing to go past 200 on both occasions.

One to Watch: It will be interesting to see how Captain Chris Dent will go about his innings this week, alongside young player George Hankins who batted patiently for Glamorgan. However, one to watch for this week is Joe Leach going against Glamorgan’s dainty lower order.

Team News: Tim van der Gugten is back for Glamorgan in the only change from the opening week.

Weather: Temperatures will peaks at 27 degrees, however, the skies will remain cloudy throughout. 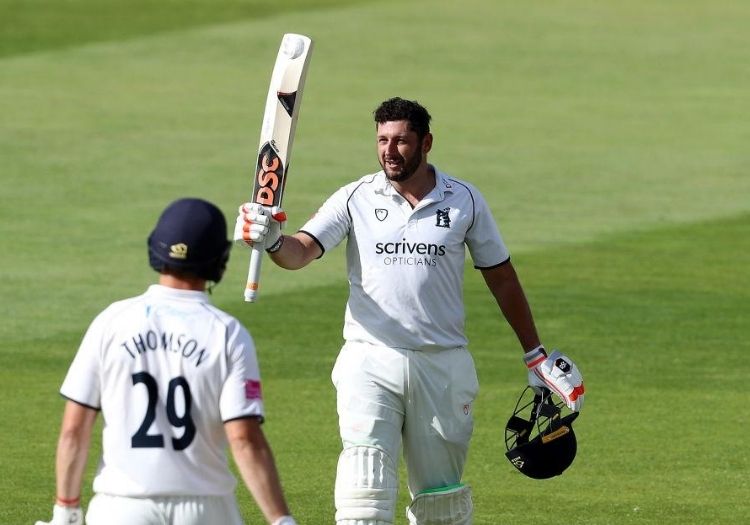 Tim Bresnan marked his Warwickshire debut in the grand manner

Lowdown: Essex won their first game of the Bob Willis Trophy by two wickets after a thrilling chase against Kent. Surrey suffered a damaging defeat to London rivals Middlesex after being bowled out in the final session for 123

One to Watch: Essex’s Sam Cook impressed last week with his tight bowling of 3-19 in 10 overs. He also did the business in both innings with the bat.

Team News: Surrey have signed Adam Finch and Laurie Evans on loan specifically for this match with their England contingent still unavailable. Jordan Clark misses out with a side strain.

Weather: Saturday is poised to be a scorcher with temperatures reaching 30 degrees during the day.

Lowdown: Sussex managed to trump opponents Hampshire in a low-scoring game at Hove. The hosts won by 94 runs despite scoring 176 in their first innings and 221 in their second. However, their bowlers proved themselves more than willing and thanks to Ollie Robinson bowled themselves to victory.

Kent lost their first game against Essex, however, showed good promise with the bat in the first innings, wracking up 387 runs. Wickets were spread among the seven bowlers throughout the week with both Matt Milnes and Ivan Thomas taking four wickets apiece.

One to Watch: Phil Salt reached half-centuries in each of his innings of the opener. But if he cannot go big, can someone else step up?

Team News: Sam Billings is back for the match after his heroics in the Ireland ODI series. Heino Kuhn misses out to attend the birth of his first child.

Weather: A sunny start makes way for some cloudy skies as the match progresses.

Lowdown: Out of the last five games that these two have played, Middlesex are unbeaten with two wins and a draw. Last wee,k saw Middlesex outlast Surrey and claim a 190-run win, whilst Hampshire lost to Sussex with a weak batting performance.

One to Watch: Nick Gubbins' explosive 192 last week was backed up by a half-century in the second innings. He demonstrated both patience and an ability to attack during his time at the crease and could be a valuable asset this season.

Team News: Middlesex have named an unchanged squad for the match, with Eoin Morgan overlooked

James Vince remains unavailable for Hampshire, while Kyle Abbott and Brad Wheal are also out. Liam Dawson returns. Ryan Stevenson has been included in their 14-man squad.

Weather: Saturday will be a scorcher but the rest of the match is set to be dominated by cloudy skies.