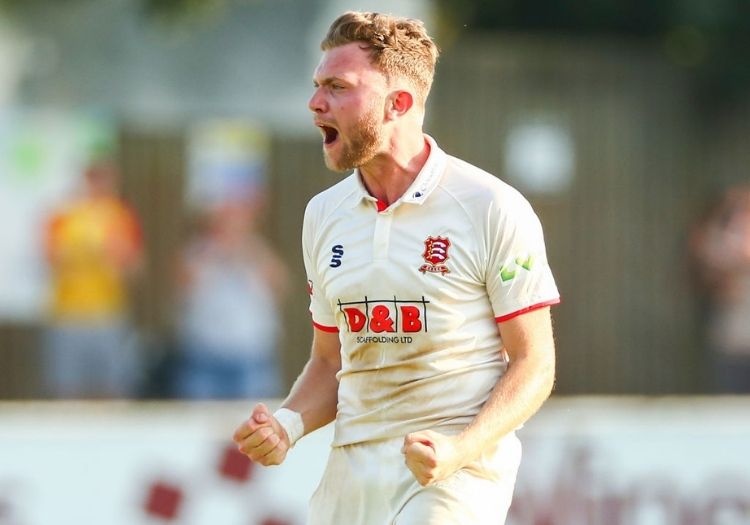 Essex walloped Northamptonshire by an innings and 44 runs before lunch on day two to seal the LV=Insurance County Championship Division Two title and break numerous records at Chelmsford.

Sam Cook’s second 10-wicket haul for Essex saw the home team soar to one of the most comprehensive victories in recent memory.

And after a game that created several moments of history, The Cricketer has compiled the key numbers from a fixture that saw almost as many trips to and from the pavilion as runs scored.

96.3 – The clash at the CloudFM County Ground was the shortest County Championship match by overs of all time, beating the 109.5 it took for Kent to beat Northamptonshire in 1999.

170 – Essex’s first innings total was enough to ensure their batters weren’t required again, despite initially appear to have recorded an under-par total.

Essex's victory over Northants was the shortest County Championship match scheduled for four days ever.

44 – The travelling side came up short by 44, despite Essex having only batted for one innings.

45 – Northants’ second innings total was their lowest since 1946 and their joint-lowest against Essex, matching a record from 1923.

16 – Northants’ score of 45 is the county’s 16th lowest Championship total of all time.

4 – Just four sessions were required to complete the bizarre match.

5 – Shane Snater took the first wicket of day two with just the fifth delivery of the day, dismissing Saif Zaib for a second-ball duck.

38 – The highest score of the match, made by Northamptonshire’s Emilio Gay in their first innings. It took 74 balls and 112 minutes for Gay to post his total, which included five fours.

0 – Simon Kerrigan, James Sales, Saif Zaib, Josh Cobb and Tom Taylor all made ducks for Northants across the two innings.

2 – Essex clinched the County Championship Division Two title on the second day of the match, their second piece of red-ball silverware in as many years and fourth in the last five.