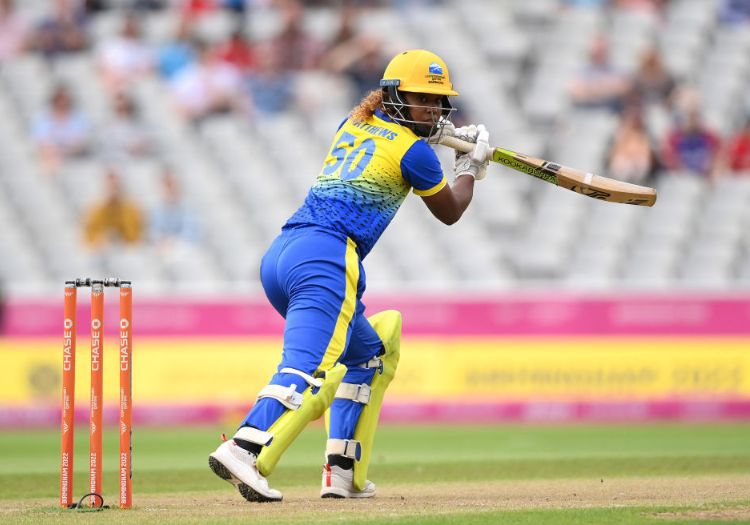 Barbados are off the mark in the 2022 Commonwealth Games after withstanding Nida Dar's figthback to beat Pakistan by 15 runs at Edgbaston.

Captain Hayley Matthews starred with an all-round performance, scoring a half-century and having a hand in four wickets, while Kycia Knight (62) top-scored with the bat.

Dar, guilty of running out two of her teammates, redeemed herself with a brisk 50 (31 balls) but couldn't see her side over the line.

Having been sent in to bat by Pakistan, Barbados would have been hoping for an explosive start from Deandra Dottin and Matthews but instead found themselves one wicket down after five deliveries after the former was caught by Bismah Maroof off the bowling of Diana Baig.

Matthews then survived a runout chance in the eighth over, diving for her life at the non-striker's end following a lightning throw from Muneeba Ali, and what a crucial dive it proved to be.

Barbados were made to work for their runs, with spinner Anam Amin (0 for 24) particularly impressive with the ball, but skipper Matthews and wicketkeeper Kycia Knight built a productive second-wicket partnership, scoring 107 runs off 98 balls to move their side into triple-figures. 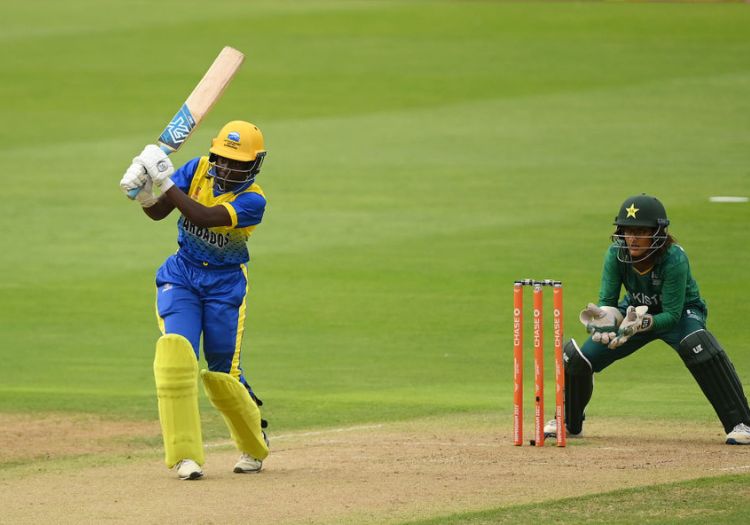 Matthews brought up her half-century off 47 balls in the 17th over but was removed off the first ball of the following over (caught Ali, bowled Fatima Sana) just as Barbados would have been hoping to accelerate.

Fortunately, Kycia Knight maintained the pressure, adding 18 runs with twin sister Kyshona Knight and a further 10 runs with Aaliyah Alleyne to move her side to 144 for 4 at close. The wicketkeeper finished unbeaten on 62 runs off 56 balls, her first T20I half-century since September 2012.

Shamilia Connell then gifted Barbados the perfect start with the ball, removing Iram Javed for a golden duck.

Matthews then made it two wickets inside the powerplay, running out Omaima Sohail in confusing circumstances, with both an lbw call and the runout being sent upstairs for the review. Pakistan 17 for 2 inside three overs.

By the halfway mark, the scoreboard had moved on to 48 for 3, Ali departing for 17 (bowled Matthews) in the ninth over and Maroof labouring on 12 off 25.

And things only got worse for the Pakistan skipper, who was runout four balls later after Dar was once again caught ball-watching at the non-striker's end.

Pakistan's No.5 recovered well from her errors, including dispatching Connell for 20 runs off a single over, and thanks to a flurry of extras from the Barbados bowlers, the chase was still mathematically alive heading into the final six balls.

However, despite a six from Ayesha Naseem, Pakistan could only pick up 11 runs off the final over to fall agonisingly short of a miraculous comeback. Naseem was dismissed off the final ball as her side closed on 129 for 6.