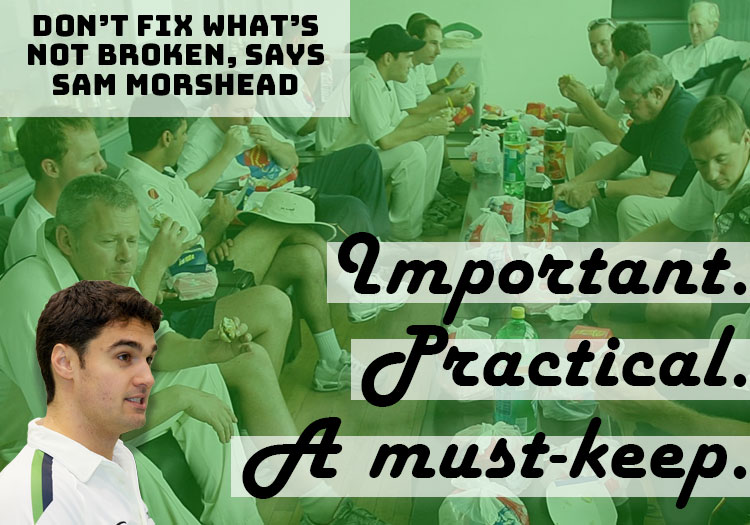 Tea is a fundamental part of the social fabric of a cricket club.

I grew up in a village in rural Wiltshire, playing for a side who rarely enjoy a membership of more than 30. When we were kicked off our old ground by the landowning count, a local farmer gifted a field at peppercorn rates, and the players dismantled the clubhouse in one location and reassembled it at another.

Friends of friends helped with the renovation of the turf and the installation of irrigation, and half-a-dozen willing volunteers kept the grass short enough with a set of rusty gang mowers.

Everything our club has ever done has been based around a sense of community; and, while it might sound hyperbolic, I’m convinced that the concept of the cricket tea played a major role in our social cohesion.

At White Horse, teas are the responsibility of one player each week, with that player subsequently reimbursed out of the subs pot. It is a simple, easy introduction to volunteering: a chance for gentle competition, among both members and with our opponents; and it gives a focal point of the afternoon from a social perspective.

Get enough members interested in doing their bit, and tea turns into something of a challenge. And as the challenge intensifies, so the teas improve to a point where their reputation precedes them.

In the case of White Horse, residents started appearing at the bar around teatime, spending heavily behind on local beers and ice creams for the kids; families of players enjoyed the inclusivity of the occasion, with children making friends and becoming interested in the game.

Volunteers graduated from clumsily constructed cheese sandwiches to hoovering the pavilion to scooting around the outfield on the gang mowers, and then onto the committee. All for one, and one for all. 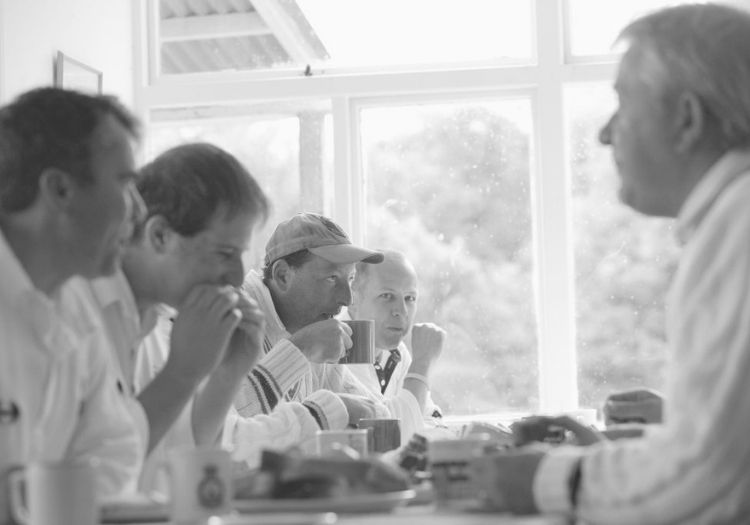 I can understand that not every club cricketer’s experience will have been like mine, but many of the arguments I have heard for the culling of teas feels misplaced.

The suggestion that the move would incur a financial benefit feels misplaced. Even if all the savings on teas were passed on in subs discounts - and, after the horror year our amateur game has experienced surely no one would hold it against their club’s committee if this did not happen - the cost of feeding yourself independently could well make the day more expensive.

Faced with the choice between spending £3 on a cardboard meal deal from the closest petrol station and £3 on a contribution to a spread, I know where my stomach and soul would send me.

For the smaller clubs, who do not need to hire caterers or feed 4th and 5th XIs, the lack of willing volunteers is a major problem.

Most clubs rely on the generosity of time and spirit shown by only a handful of people, and these men and women are the reason so many amateur sports teams are still functioning.

By limiting the number of options available to a prospective pair of helping hands, are clubs not throttling the reasons for members to contribute?

While to be treasurer, you might need a way with ledgers, and to tend to the square an understanding of machinery comes in useful, there is no experience necessary when it comes to buttering bread.

Volunteering can become a habit, even for those who are at first entirely reticent, but there needs to be a job available that can suit even the most hapless. Making teas was my introduction to behind-the-scenes work at my club; I’ve subsequently sat on the committee, organised several six-a-side tournaments, and digitised the club’s historical records. Many others have followed the same path.

It’s amazing what can be achieved when you start with a cheese sandwich.