How to buy a bat: Five easy steps to finding the best blade 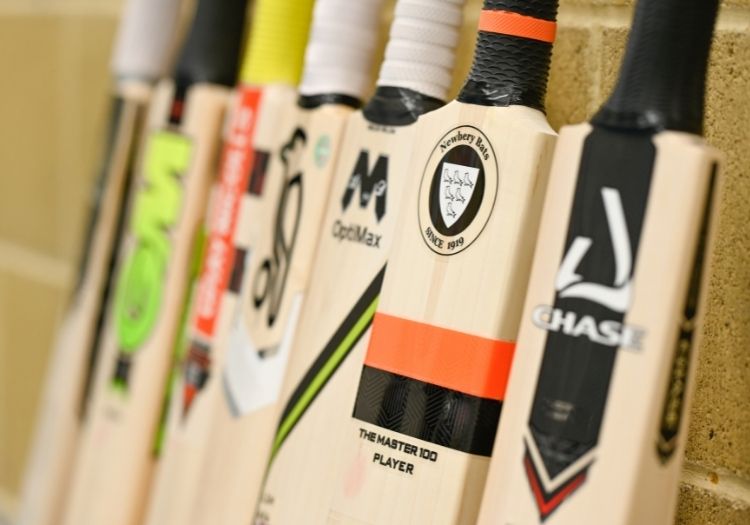 Buying a bat can be both thrilling and daunting in equal measure: so much choice can lead to difficult decisions.

It’s mind-blowing when you walk into a store. You look at all the bats lined up and think; ‘How can I pick one out of this lot?’ But I think there are five main steps.

The first thing you need to do is set yourself a budget. Bats go from roughly £100 to £600, so I think getting a figure in your head before you start looking is important.

Our average selling price at the moment is probably between £200 to £250. Most people can’t afford and can’t justify more than £450 if you’re using it for training and then for a game once a week. It’s a lot of money to shell out – as club cricketers, we’re often not good enough to get the benefit out of it.

2 - Work out which weight suits you

I’d advise people to worry less about the weight and more about the pick-up. You can get two bats weighing the same that feel totally different.

Stick a pair of gloves on when you’re trying one out as well – it changes the pick-up. Likewise, maybe put a second grip on it as well.

There are a lot of brands out there; some people have gone through the same one forever because their dad used it. It’s increasingly rare that people buy a bat because a certain player has used it: kids might want Joe Root’s bat or Dom Sibley’s bat, but it’s not something that translates into adult cricket so much.

It’s difficult to choose a brand. Trying to pick between them is hard. You can spend hours pondering. People can have ten bats laid out in front of them, but then they lose the plot because they’ve got too many.

The standard of the bat is an important point. You’ve got five grades: one being the best, five being the worst. You want six to eight grains and a clean piece of willow.

Grade five bats are very hard, so people will think they’re buying a big bat which will help them hit it further. But it’s not like that. It’s down to the quality of the willow (and the user’s timing!).

Of course, you can tell the difference between a grade five and a grade one – it’s a Ford and a Ferrari.

Bats need to be looked after. It’s like a piece of garden furniture which you can’t just leave out. If you don’t look after it, it will be no good. Knocking in and oiling – and doing it right – is key for it to last. The younger generation pull it out every week, put it back in their bag and think it will last.

You don’t want to leave it in a car boot or, indeed, in a boiler room. If you do either of those, it will go hard – either because the heat’s got to it or because cold has got to it. Ideally, have it in the house somewhere – a bedroom, a porch or a bat sleeve in your cricket bag. Through the winter, it’s a good idea to get it out, get the anti-scuff cover off it and give it a bit of oil just to soften it up.

When you buy it, concentrate mainly on the edges and toe with the knocking-in process because that’s the weakest point. You never see many bats cracking from the middle!

Do it over a period of a couple of weeks, so you’re doing it slowly. Also, if you’re playing on a damp wicket and the toe gets a bit damp as a result, give it a bit of sanding – don’t just leave it in your bag and think it will be all right.