JAMES COYNE: There were light years between Australia and Zimbabwe in playing strength and commercial heft when they met on June 9 ,1983 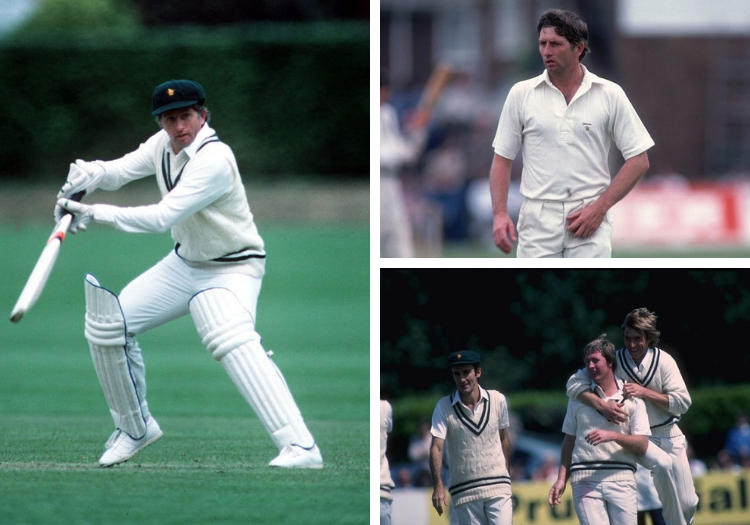 The post-Packer years truly were the dog days of the Baggy Green (or, on home soil in one-day cricket, the Aussie yellow). How easy it is to forget that Australia – indisputably the strongest World Cup country, five-time winners from 1987 to 2015 – flopped in the second and third tournaments in England.

In 1979 they arrived with their second-string, as the fences were not yet mended from the Packer schism, and were knocked out at the earliest possible opportunity after opening defeats to England and Pakistan.

In 1983 they could pick their best side, but Greg Chappell made himself unavailable even after captaining the one-day side on the April tour of Sri Lanka, and Dennis Lillee and Jeff Thomson were way past their best. Kim Hughes was in charge of his second World Cup, but the internal divisions laid bare most vividly by Christian Ryan in Golden Boy, his superb biography of Hughes, were clearly gnawing away at the Australian mongrel.

Zimbabwe were intent on enjoying their maiden World Cup. In 1975 they had still been Rhodesia – and in cricketing terms part of isolated South Africa – and in 1979 many of the players were actually fighting in the independence war. After Robert Mugabe came to power, Zimbabwe emerged as cricket’s leading Associate nation – even if still drawing almost exclusively on the white population, then numbering around 100,000. They won the 1982 ICC Trophy in the English midlands to qualify for the World Cup the following summer. 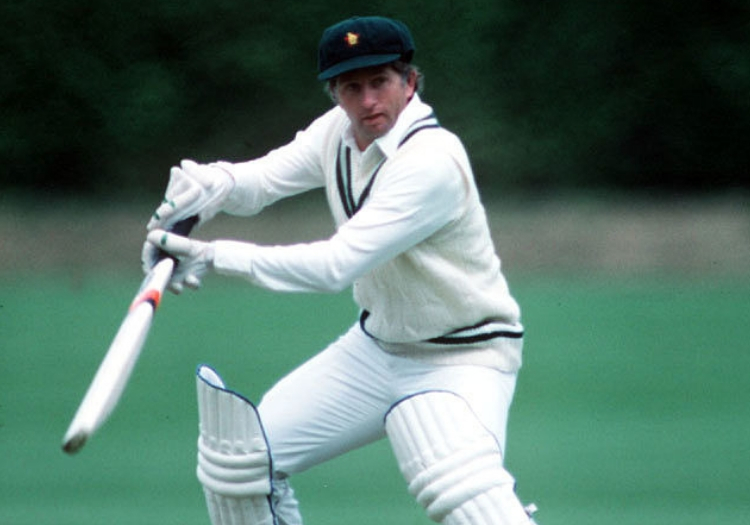 Fletcher in action with the bat

There were light years between Australia and Zimbabwe in playing strength and commercial heft when they met at Trent Bridge on June 9 1983. The Zimbabweans held raffles, sold ties and cufflinks and put on cake-baking competitions just to get to the World Cup – though David Houghton admitted that when it was his turn he baked one cake, and his wife the other 23.

But all was not right in the Australia camp. It did not help that their prep for the World Cup amounted to a day against Sussex and two against New Zealand hampered by hail. Geoff Lawson ended up taking a ball down to the nets for half an hour’s bowling in the dark.

And it became clear to the Zimbabweans by the end of a heady day in Nottingham that there were three rival camps in the Australia team – the bullish ex-Packer players, helmed by Lillee and Rod Marsh; a small group lined up behind the captain, Hughes; and a few, including Allan Border, stuck in the middle.

Australia dropped five catches in the Zimbabwe innings… six if you count Marsh’s spill of Houghton. “I nicked it first ball,” says Houghton. “Marshy went to throw it in the air in celebration and it dropped on the ground. The umpire gave me not out and I was surrounded by Australian players who mentioned quite a few things about me and my family before telling me I should be leaving the field. I said: ‘What do you want me to do? He dropped it and now I've been given not out.’ Then they surrounded the square-leg umpire and all I saw was his finger raised above their heads.” 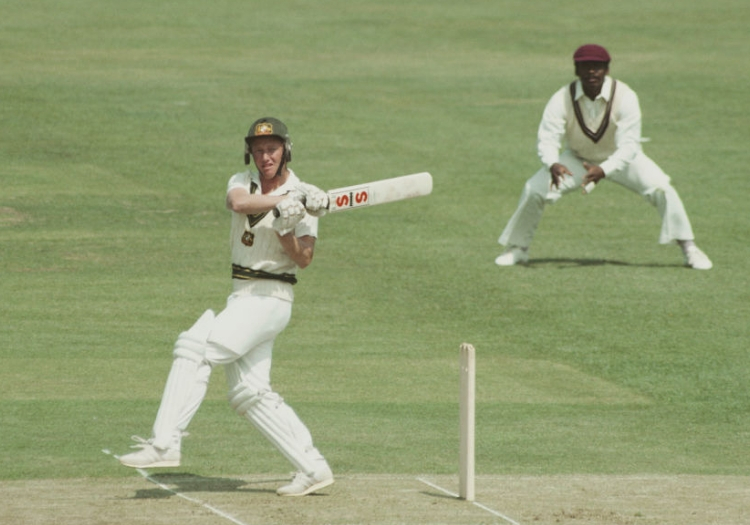 From 94 for 5, Zimbabwe were pulled around by their inspirational captain, Duncan Fletcher. Team-mates still maintain that no one has read a cricket match better. For England fans and press who remember a reforming coach – but one who wore an inscrutable impression – the 34-year-old Fletcher was a more gregarious animal.

“Fletcher the England coach was very different from what we knew,” said team-mate Andy Pycroft. “He smiled, joked and was one of the lads. I don't know where that jowly expression came from later. He was actually a very relaxed guy, who liked to have a party.”

Fletcher’s energetic, resourceful 69 not out from 84 balls, helped by some big hitting from Iain Butchart – who sent Thomson over the sightscreen – took Zimbabwe to 239 for 6. But across 60 overs, even in the days before field restrictions, Australia should have sauntered to the target.

"On such upsets are World Cups remembered so fondly. And yet still the administrators find a way to keep strong Associates out of World Cups… More fool them"

In a glimpse into the ODI crystal ball, there were six left-handers in Australia’s top seven – Hughes being the odd one out. The Zimbabweans, who attacked the southpaws with Vince Hogg’s inswingers, John Traicos’ steady off-spin and Fletcher’s off-cutters – and on a leg-stump line – something that would be marmalised today, but worked nicely in 1983.

There had been much hilarity when Hogg received a string of phone calls to his hotel room intended for Rodney Hogg, the firebrand fast bowler on the other side. But the guffawing stopped when Vince’s tight six overs kept the Aussies down to a slow start.

And it was backed up by fielding way ahead of its time. Zimbabwe prided themselves on fielding as the one aspect of the game where they could be better than everyone else. And the contest turned when Jack Heron ran out Kepler Wessels for 76.

Pycroft remembered: “Running in, one stump to aim at, from backward leg. When that happened I thought, ‘We’re in here’.” It left Australia 138 for 5, and the game was Zimbabwe’s – even after a late flurry from Marsh. 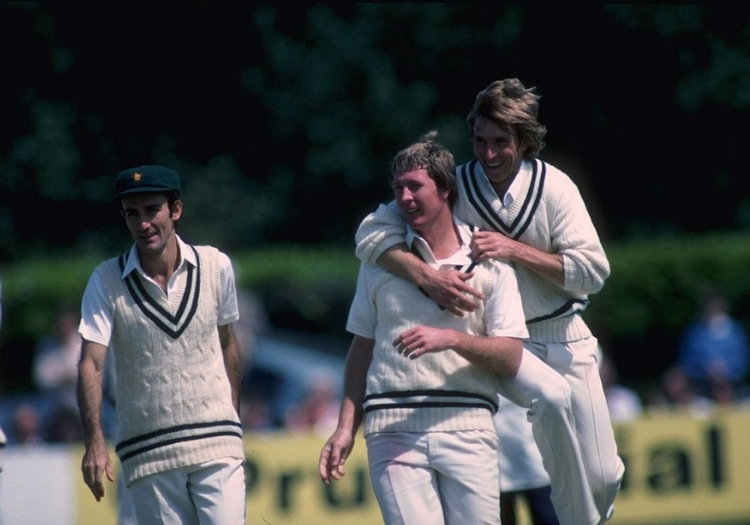 This was the last World Cup held in England as a matter of course – and it truly was a different era. The match went unseen on television, due to a strike by BBC technicians which meant that only England v New Zealand at The Oval was televised. And the story was some way down the column inches next day, given Margaret Thatcher’s landslide re-election.

During the inevitable pitch invasion at the end, Zimbabwe batsman Ali Shah told some particularly friendly supporters words to the effect that if they played to the same level again they could beat India. Only those ‘supporters’ turned out to be journalists, who gleefully reported the quotes, and Shah was slapped with a fine and a gag order placed on the team.

He wasn’t far wrong, though: in the second round of group games, Fletcher’s lot had India 17 for 5 in front of the rhododendrons at Tunbridge Wells – only for Kapil Dev to turn the game around with perhaps the greatest innings in World Cup history.

On such upsets are World Cups remembered so fondly. And yet still the administrators find a way to keep strong Associates out of World Cups… More fool them.