NICK HOWSON AT OLD TRAFFORD: The left-arm seamer has not played a competitive game since the World Cup but has been named in the 12-man squad 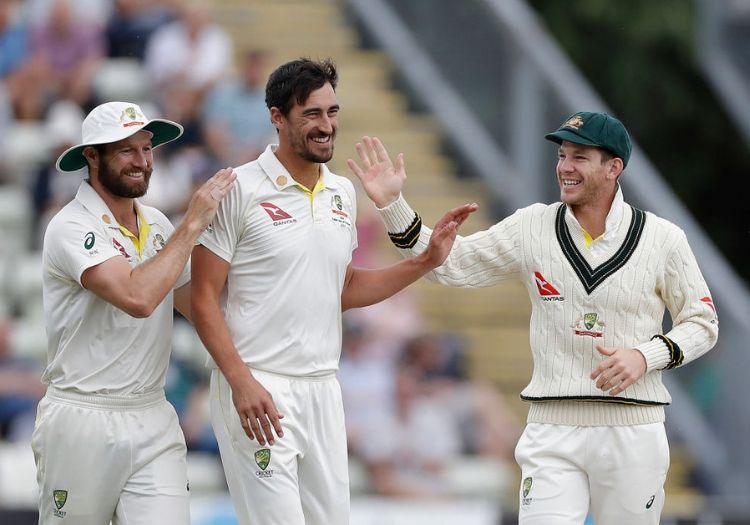 After nearly two months on the sidelines, carrying drinks, bowling serious licks in the nets and playing in two matches regarded as 'first-class' in name only, Mitchell Starc is braced for his first Ashes outing of the summer as Australia prepare to recall him to their Test team.

Starc has not bowled a competitive ball in anger since the World Cup semi-final defeat to England at Edgbaston, with the tourists' bowling wheel of fortune having yet to land on him. With James Pattinson dropped, either he or the evergreen Peter Siddle will complete the seam trio.

Given the traditional pace and bounce which Old Trafford possesses, and the feeling among the Australia team a dry square and the overcast conditions which are forecast could yield some swing, Starc seems the natural option. And having shown some solid techniques in the second innings and resilience down the order, Starc's record and pace suggests he could make an important difference against England in this fourth Test.

"Starc bowled superbly last week down at Derby," said captain Tim Paine, who wouldn't confirm Starc's place in the team but spoke about the fast-bowler in glowing terms. "He's been working really hard at getting his length right and we were impressed with what he did down there.

"Obviously we know what he can do to tail-ender batters when he cranks it up. The boys have been calling him 'the mop' for a few years and that is a thing he does really well.

"He's a great option for us, we think this wicket might suit him and if we make that call we're sure he'll do a great job as he has over his whole career.

"Starc is a great exponent of reverse swing if he can get it to happen. If that is the case he'll be a dangerous proposition."

Having that extra bout of pace at the back-end of the innings could yet prove to be key, particularly given how comfortable Jack Leach looked in fending off Pat Cummins and Josh Hazlewood at Headingley.

The other alteration to the Australia team has seen Usman Khawaja, who has averaged 20.33 in the series, dropped completely. Marcus Harris will open again, Marnus Labuschagne is due to play at No.3 and the returning Steve Smith will follow. Travis Head and Matthew Wade live to fight another day. 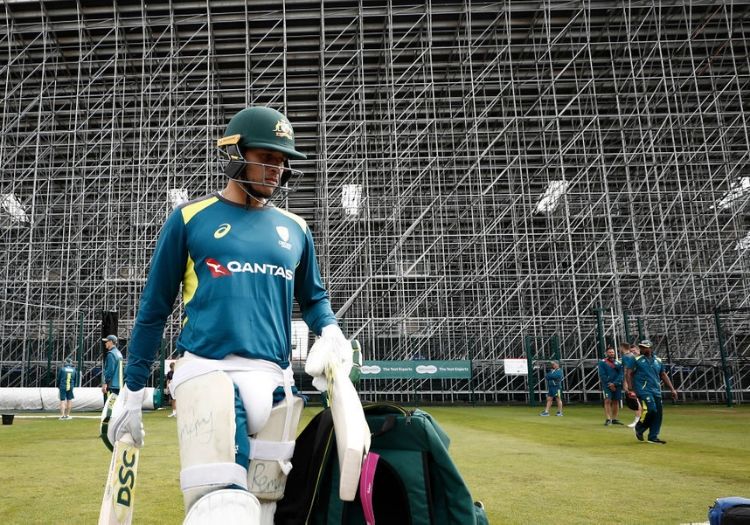 As much as Khawaja has struggled in England, the return to full fitness of Smith and emergence of Labuschagne appears to have been key to the decision.

"With Steve Smith coming back it was a tough decision to make," added Paine. "He's had a very good Test record and we're sure he'll bounce back pretty strongly.

"You don't want to change your order too much. Marcus came in and played one test and it would have been hard to leave him out straight away. He would have liked a few more runs.

"Usman hasn't scored the runs that we would have liked. It is unfortunate for him that Steve Smith missed the last Test and when a player that good is coming back someone has to make way."