Who on earth is The Hundred for? We try to identify the ECB's mysterious 'new audience'

SAM MORSHEAD puts on his best Deerstalker in an attempt to figure out an elusive answer to English cricket's burning question... 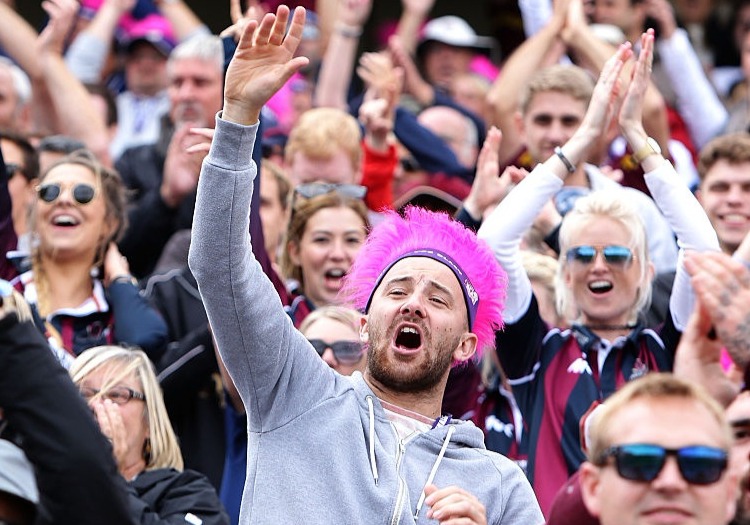 Is The Hundred for these guys? Probably not

The Lindbergh baby, Roswell, Jack the Ripper, MH370, the Zodiac Killer and now a fresh entry into the great hall of unsolved mysteries… the ECB’s “new audience”.

In the three weeks since the governing body announced its plans for The Hundred, a steady drip-feed of information relating to the competition has entered the public consciousness but as yet the market research conducted by the organisation remains behind lock and key.

And as such, no one really has any idea where this next generation of cricket fans are and what they are doing right now.

Prominent figures in English cricket have been good enough to leave clues littered along the way - and in isolation some of them seem quite convincing.

When explored in more depth, or compared with each other, however, they point north, south east and west, like signposts on Spaghetti Junction.

So where is this mystical new audience, what are they and why?

Time for The Cricketer to do some sleuthing. 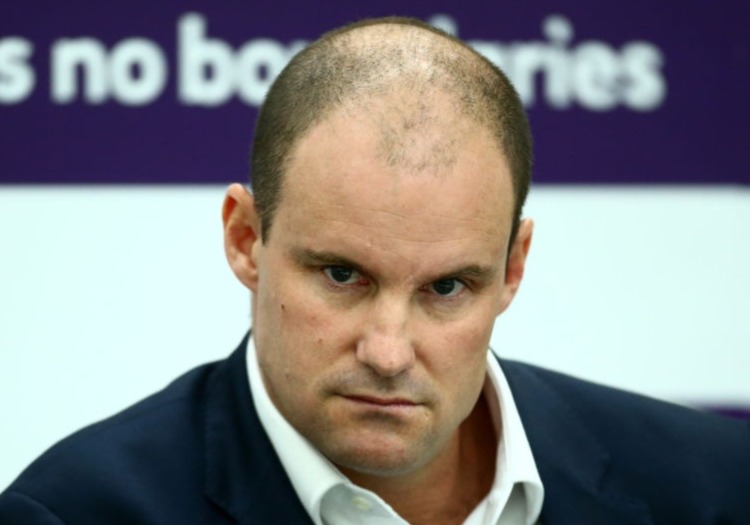 Is The Hundred for Andrew Strauss? Not really

“This is a fresh and exciting idea which will appeal to a young audience and attract new fans to the game” - Tom Harrison, ECB chief executive

Okay then, so it’s fairly clear this competition isn’t for those who’ve been around the county block. But that’s understandable.

We can assume that Mr Strauss means those who are liable to retain only a passing interest in the game, what with their smart phones, social media and avocado toast.

Either that or the ECB are targeting anyone with extensive tracksuit collections.

Conclusion: People who aren’t cricket fans, don’t follow a team and have the attention span of a concussed goldfish.

"T20 has been unbelievably successful and it has established a very strong audience now. We want that audience but a different audience as well, who perhaps would like things slightly different. That's the driver behind this idea.” - Andrew Strauss, director of England cricket

Woooah. Hold up a moment. Now you want the new audience and those who already love T20? Make up your mind there, ECB, me old chum.

Conclusion: People who aren’t cricket fans and have the attention span of a concussed goldfish but also do follow T20 cricket and enjoy it.

“It sounds different – like a good, viable product to sell to people outside of cricket” - England limited-overs captain Eoin Morgan

Conclusion: People who aren’t cricket fans and don’t know anything about the sport but also enjoy T20 cricket, and have the attention span of a concussed goldfish. 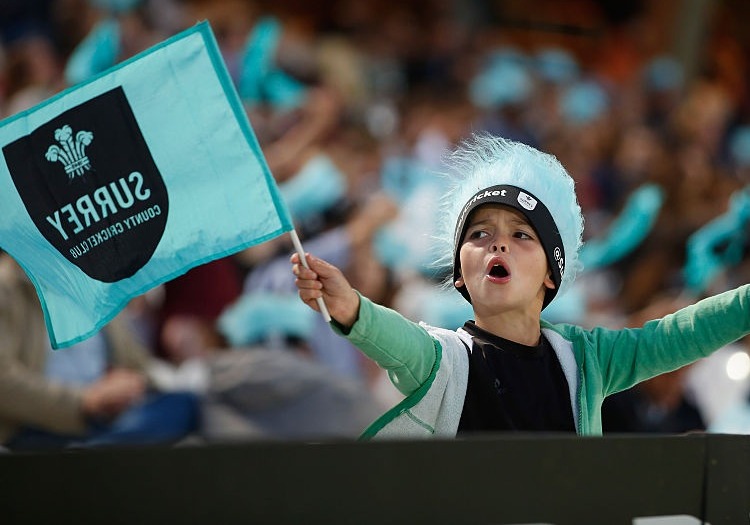 Is The Hundred for this lad? Unlikely

“The ECB consulted Mumsnet in the lead-up to the announcement of The Hundred” - Elizabeth Ammon, The Times

Right, this case got a whole lot weirder. Will they be flogging free tickets to this thing with every pack of Pampers?

Conclusion: Parents, mainly young parents, who enjoy T20 cricket but also don’t like cricket, don’t really know what the sport is and have the attention span of a concussed goldfish.

“So the new tournament – however many balls it might be – I do enjoy the idea of it, because one of the most complicated things, when you come to a cricket ground and you don’t know what’s going on, and you look at a scoreboard for an indication, with so many numbers and names on the board, you don’t actually know what’s going on, so you eliminate that equation and you break it down to its simplest form.” - Eoin Morgan, England’s limited-overs captain

I get it (I think). Cricket’s complicated and these intellectually-stunted young mums and dads need a helping hand.

Conclusion: Teenage parents who flunked GCSE maths, don’t really know what cricket is but somehow like T20… but also don’t like cricket, all the while having the attention spans of concussed goldfish.

“In particular… mums and kids in the summer holidays” - Andrew Strauss, director of England cricket.

Oh, it’s okay dads. You’re off the hook. You must be able to work the calculator on your Galaxy S7. Or you’ll just be at work while wifey does the kid thing. I’m sure you’ve got the brains to figure out T20 anyway.

Conclusion: Teenage mums and their stupid offspring, who don’t really know what cricket is but somehow like T20… but also don’t like cricket, all the while having the attention spans of concussed goldfish. 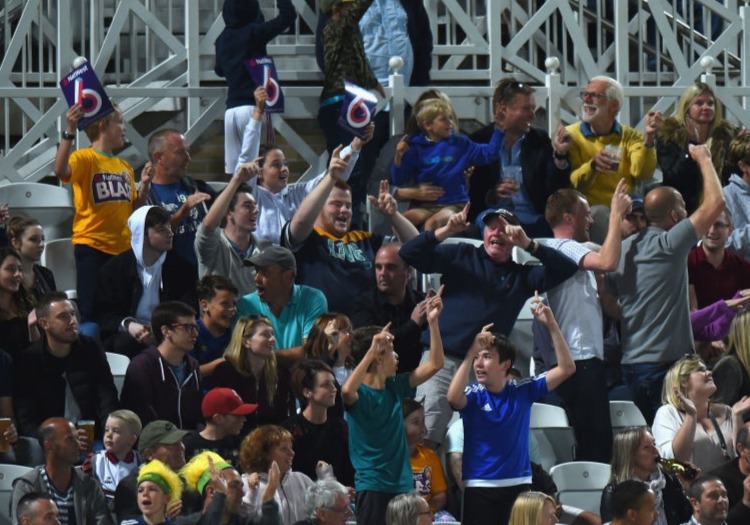 Is The Hundred for anyone here? Don't think so

“The likes of Joe Root and Ben Stokes will be allocated to a team for marketing purposes but they won’t play. The point was made that the new audience won’t necessarily know who Stokes and Root are anyway.” - Daryl Mitchell, PCA chairman

Rightio. It’s not like Ben Stokes has had the most noticeable year. I mean, he’s only become the most expensive player in the most expensive league in the world, got arrested, been to court, got married, been on front and back pages more often than a £10 holiday, been to court again, sparked numerous ethical thinkpieces, had more airtime than an Aeroflot A330, and returned to the national team amid mass fanfare.

You would have to have lived underground to not have got a whiff.

Conclusion: Teenage mums and their stupid offspring who have lived among the Mole People since March 2016, don’t really know what cricket is but somehow like T20… but also don’t like cricket and have the attention spans of a concussed goldfish.

Not sure there are many semi-literate Mole People with a passing interest in T20 who can be classed under “traditional”.

“I have a lot of friends outside of cricket who would never come to a cricket match, but they have already said they are enjoying the noise around this, because it is upsetting people who already come to a game” - England captain Eoin Morgan

Conclusion: Teenage mums and their stupid offspring who have lived among the Mole People since March 2016, don’t really know what cricket is but somehow like T20… but also don’t like cricket, have the attention spans of concussed goldfish and enjoy getting a rise out of others.

Are we close, ECB?