Things can only get better for Jamaica Tallawahs

CPL TEAM PREVIEW: Poor results and infighting blighted Jamaica's Caribbean Premier League campaign in 2019 - they'll need to put that all behind them if they are to improve this year 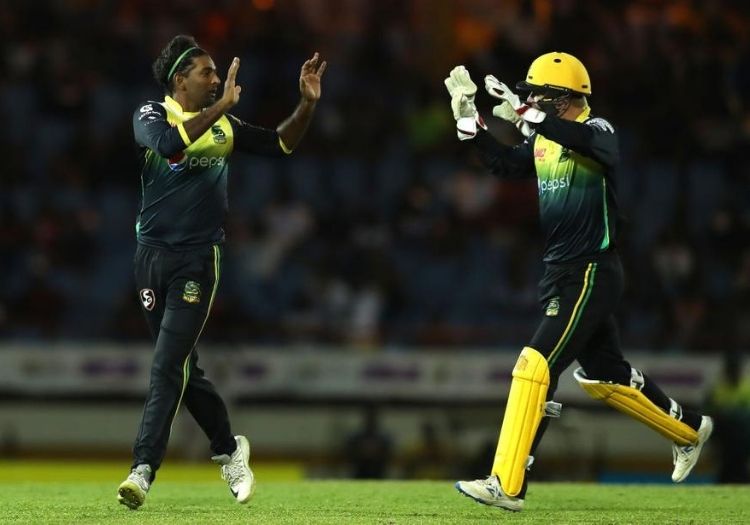 Jamaica Tallawahs had a shocker – big names, poor results, rumours of infighting, a lack of cohesion, regular team changes and much more.

Chris Gayle, lured back to his home franchise ahead of last season, was released following a lacklustre campaign, with a public spat ensuing between the legendary left-hander and former teammate Ramnaresh Sarwan. Gayle believed that Sarwan had been a central figure in his departure from the franchise.

In short, the bar was set low last year. Things can only get better.

It’s hard to show too much sympathy for a side that loses Chris Gayle but still has Andre Russell at its disposal. The allrounder, arguably among T20 cricket’s greatest players of all time, only played five games in last season’s competition. Needless to say, new captain Rovman Powell will need him to fire.

Between Sandeep Lamichhane and Mujeeb Ur Rahman, Floyd Reifer’s side have a pair of fine leg-spinners. And among Fidel Edwards, Oshane Thomas, Powell, Russell, Preston McSween and Carlos Brathwaite, there is quite the battery of seam options available as well.

Well, Russell. It goes without saying. He bats, he bowls, he fields. If he can remain fit for the duration, Powell’s team will already be well placed to better last year’s disappointment.

At the top of the order, Chadwick Walton and Glenn Phillips both have fine Caribbean Premier League records, while the late addition of Jermaine Blackwood is intriguing. Given the way in which he plays in red-ball cricket, his T20 numbers are surprisingly poor.

The next month gives him the opportunity to change that. He is one of several bludgeoning big-hitters, also including Pakistani batsman Asif Ali, Russell, Powell and Brathwaite. If nothing else, they will pack a punch.

In Lamichhane and Mujeeb, that should – in theory – be the middle overs sorted.

It’s not a weakness as such, but replacing Russell adequately is an almost impossible challenge, should he struggle once again with his body.

Otherwise, Tallawahs’ biggest challenge must surely come in forgetting all that happened last year in what was a desperately poor campaign.

On paper, they look an exciting side full of brute power but also T20 knowhow. Surely, they must go better than last season?