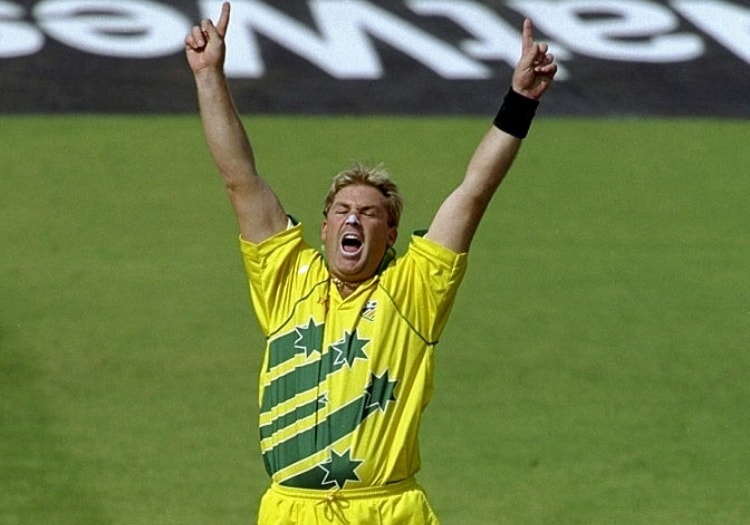 Many would be forgiven for overlooking Shane Warne's man-of-the-match contribution during the semi-final of the 1999 World Cup in England.

Such was the drama which unfolded during a chaotic final over at Edgbaston, it is easily overlooked that the platform for Australia's victory was laid by the leg-spinner.

Warne bowled openers Gary Kirsten and Herschelle Gibbs, before dismissing Proteas skipper Hansie Cronje for a duck and then the well-set Jacques Kallis. Allan Donald's absurd run-out from the final ball might have grabbed the headlines, but figures of 4-29 underpinned Australia's progress to the final.

However, there is little doubt that while Warne's effort might not have been the central narrative of that last four clash, his haul in the final at Lord's remains the key takeaway; and he wouldn't have it any other way. 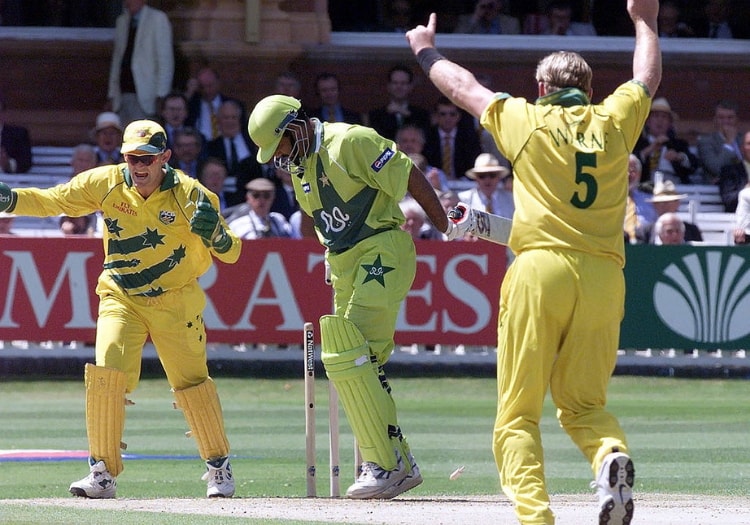 The ball which got Ijaz Ahmed was among Warne's best

It would be fair to say that Warne's form immediately prior to the tournament was far from exceptional. He had missed much of the winter's Ashes series against England with a shoulder injury and was caught up in a controversial episode regarding the supplying of pitch information to a bookmaker.

Despite being promoted as Australia vice-captain he was dropped from the Test team in the West Indies having taken just two wickets in the opening three games of the series. Though his form picked up in time for the World Cup, comments regarding Sri Lanka captain Arjuna Ranagtunga saw him fined and hit with a suspended two-match ban by the ICC.

But as Warne did throughout his entire international career he was able to ignore off-the-field controversies. Australia began the competition in rather underwhelming fashion, beating Scotland but losing to New Zealand and Pakistan - who would go on to top Group B.

Having eased past Bangladesh, Australia faced West Indies in a virtual playoff for the Super Six. Warne took three wickets as the Windies were bowled out for just 110. Australia had less than 48 overs to knock off the runs, which they did with just under seven to spare.

Wins over India, Zimbabwe and South Africa set up a semi-final with the latter, when the Rainbow Nation butchered their hopes of reaching a first World Cup final, having won the Champions Trophy the previous year.

Come the final at the home of cricket, Warne was rested and inspired; and Pakistan had no answer. Ijaz Ahmed was bowled with a beauty which pitched a foot outside leg and crashed into off-stump, Moin Khan edged behind to Adam Gilchrist, Shahid Afridi has trapped lbw on the sweep and Wasim Akram was tamely caught by Steve Waugh.

"I thought I had been bowling well throughout the whole tournament," he said at the post-match presentation. 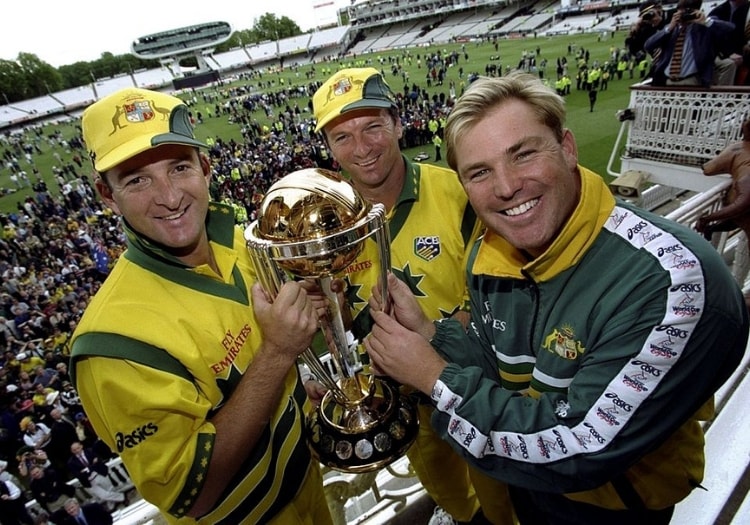 "A couple of off days but that is the nature of the game. The couple of big games I think the ball has come out pretty well.

"A couple of big games have bought out the best in me. It is something I will always remember."

Figures of 9-1-33-4 may not have been as impressive as Warne's performance in the semi-finals, but there is no doubt about which display goes down as his most significant.

Suspension for the 2003 event meant this was the last time Warne would illuminate cricket's showcase, but he provided a send-off fitting of the sporting giant he continues to be remembered as.