THOMAS BLOW: Changes for the 1992 tournament altered the way we view cricket and remain key aspects of the sport which exists today 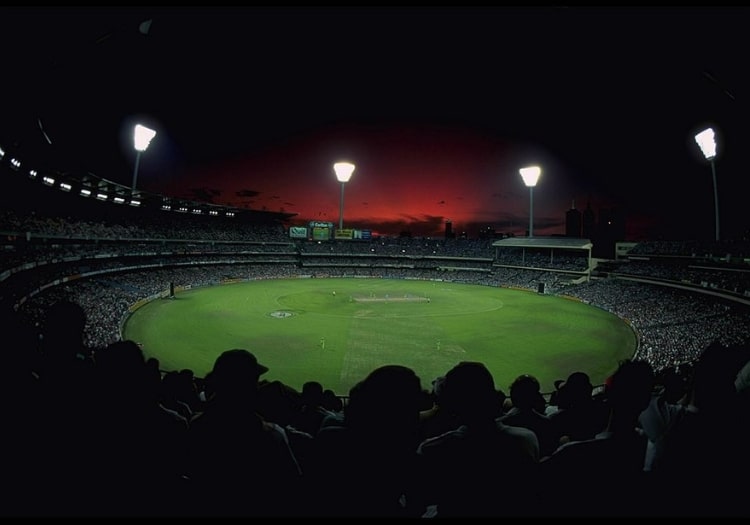 The 1992 World Cup was a tournament remembered for firsts. It was the first time white balls and black sightscreens were used in the competition, the first time fielding-circle rules were revisited to allow just two men outside the ring in the first 15 overs, and the first time South Africa appeared in an ICC tournament.

However, above everything else, there are two firsts that are remembered the most – coloured clothing and floodlights. Their journey into cricket’s biggest one-day competition began way back in November 1978, when a West Indies XI faced an Australian XI in the World Series Cricket (WSC) tournament.

The WSC, founded by media tycoon Kerry Packer, was a breakaway competition that opposed the establishment. It sought to pay players a fairer wage for their work, as well as televise a more glamorous and attractive brand of cricket on Packer’s television network. 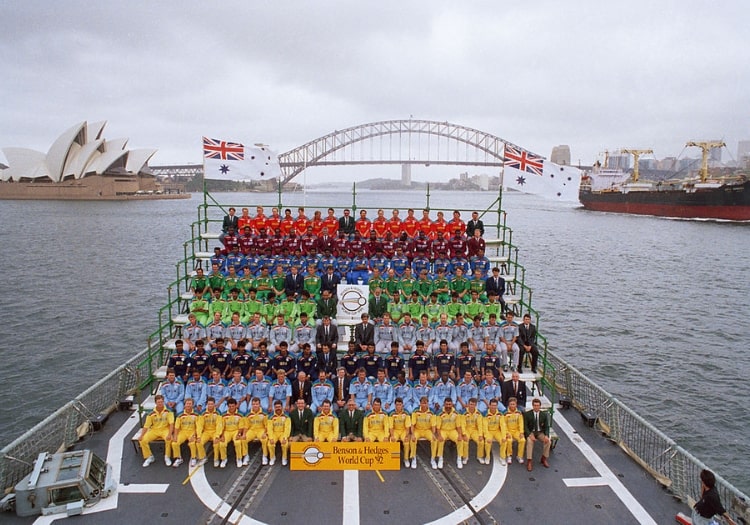 Coloured kits gave a new vibrancy to the competition

The match at the SCG was pivotal because it was the first time an international, featuring coloured kits, was played under floodlights as a day/night contest. It proved to be a historic event that changed the sport, but not for the actual cricket that was played.

The West Indies, featuring Gordon Greenidge, Viv Richards and Clive Lloyd, was bowled out for just 128; scoring at a rate of 2.69. In reply, Ian Chappell’s Australia limped to a five-wicket victory – with not a single batsman making 50. Sometimes the most profound events are not the most dazzling.

Over the next 14 years, flamboyant kits and bright lights became ever-present in the global game. As the primary venue for Packer’s brave new world, Australia continued to pioneer the movement.

The ‘Baseball’, ‘Tri-hoops’, and ‘side-panels’ kits were all introduced, and to mirror the SCG, floodlights were installed at the WACA and the MCG. Other countries, including India with their classic sky blue and yellow jersey, also joined in.

Yet when it came to the World Cup, the ICC remained firmly against the revolution. For the 1983 and 1987 editions, teams continued to play in the traditional attire. But as cricket entered the nineties, the authorities realised they could no longer afford to ignore the style of the WSC. The ICC’s premier tournament, still in its infancy at less than two decades old, was being left behind.

So, ahead of the 1992 edition, the iconic coloured kits and revolutionary floodlights were introduced – a decision that made the ODI contest the most remembered in history. 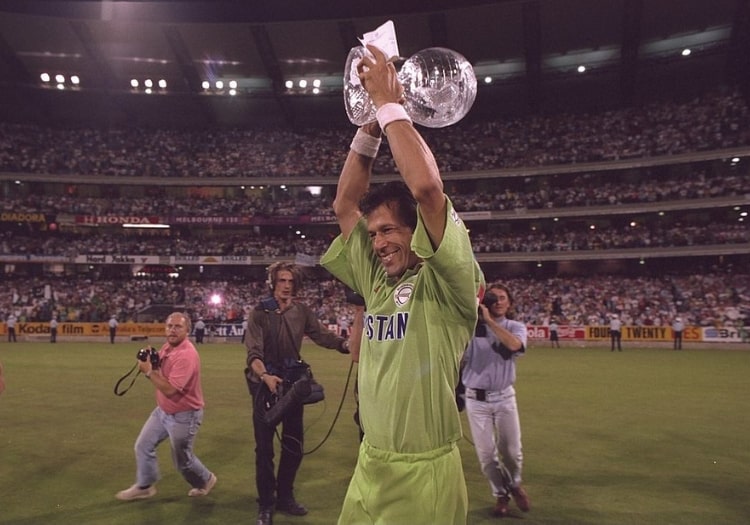 An Imran Khan-led Pakistan prevailed over England in Melbourne

When the competition concluded in March 1992, the sport knew nothing would ever be the same. Fashionable clothing and floodlights had cemented their place in global game; so much so that the latter has subsequently crept into Test cricket.

Today, more than half of ODIs adhere to the day/night format, and very few T20s – particularly in the IPL, BBL and Blast – are played under natural light.

While Packer’s tournament began to fade once the ICC took inspiration from its customs, its impact can never be forgotten.

Nearly each and every time we watch cricket, we are reminded of what he brought to the sport. By adopting coloured clothing and floodlights, the 1992 World Cup well and truly cemented his legacy in the modern game.