WORLD CUP MOMENTS - No.40: England knocked out by Bangladesh

Eoin Morgan's side crashed out of the tournament in dismal fashion after failing to chase down 276 in Adelaide. 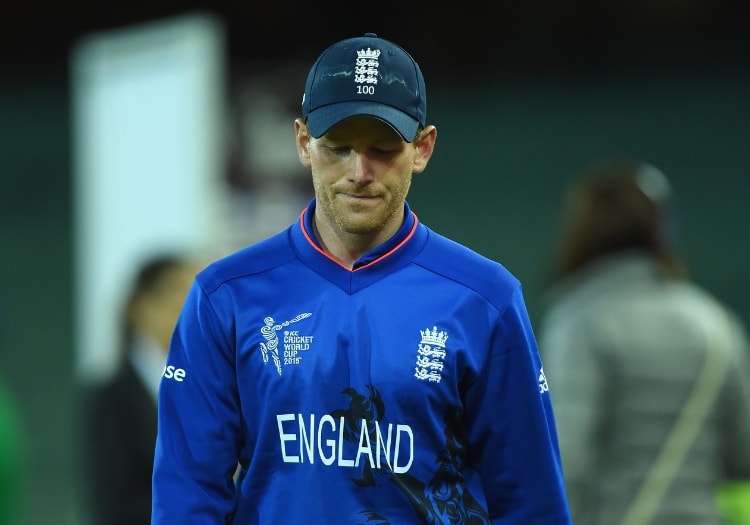 The saying goes that things have to get worse before they can get better. But England would surely have wished for their one-day reckoning to have been delayed for a few weeks longer after their dismal exit from the 2015 World Cup

It said much about their campaign Down Under that when James Anderson was eventually bowled by Bangladesh's Rubel Hossain, it was a case of them being put out of their misery.

Though already beaten by co-hosts Australia, New Zealand and Sri Lanka, this 15-run loss at the Adelaide Oval was the most humiliating loss of all which confirmed their third group stage farewell in the last five tournaments. 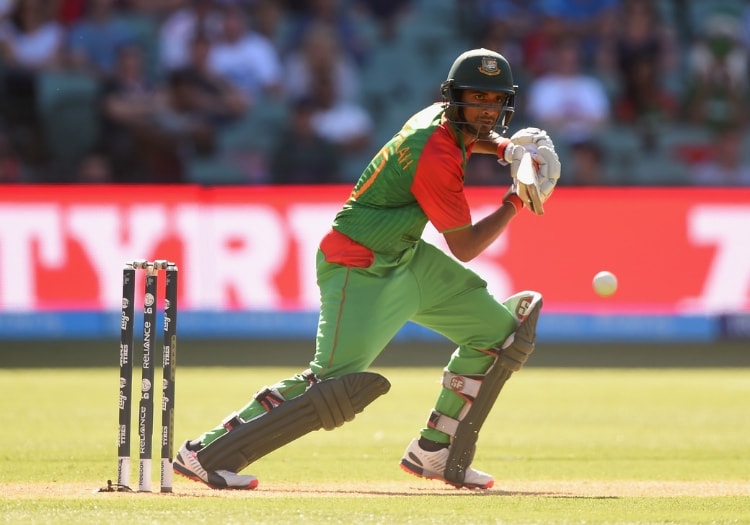 Victory ensured The Tigers progressed past the first round of the World Cup for just the second time - they would lose to holders India in the quarter-finals but their place at international cricket's top table was further cemented - but it was the abject demise of a global cricketing giant which grabbed the headlines.

Mahmudullah had helped Bangladesh rally to a rather sub-par 275 for 5, with the country's first century in the competition's history, 30 matches in. They had been 8 for 2 and 99 for 4 thanks to Anderson, Chris Jordan and Moeen Ali - who got rid of Shakib Al Hasan.

A fifth-wicket stand of 141 between Mahmudullah and wicketkeeper Mushfiqur Rahim (89) would eventually prove crucial and pile the pressure on England in the chase. That it wasn't even an insurmountable target just add to the impending embarrassment.

In keeping with any tragic sporting defeat, it followed a period of hope. Ali, Ian Bell and Alex Hales helped England to 121 for 2 at the half-way point in the innings. But such optimism would soon turn to dismay.

It was arguably triggered by the loss of captain Eoin Morgan, who went for a fourth duck in nine 50-over innings. The skipper's exit came amid a run three wickets for just 11 runs and built the foundations for the sorrow which would follow. 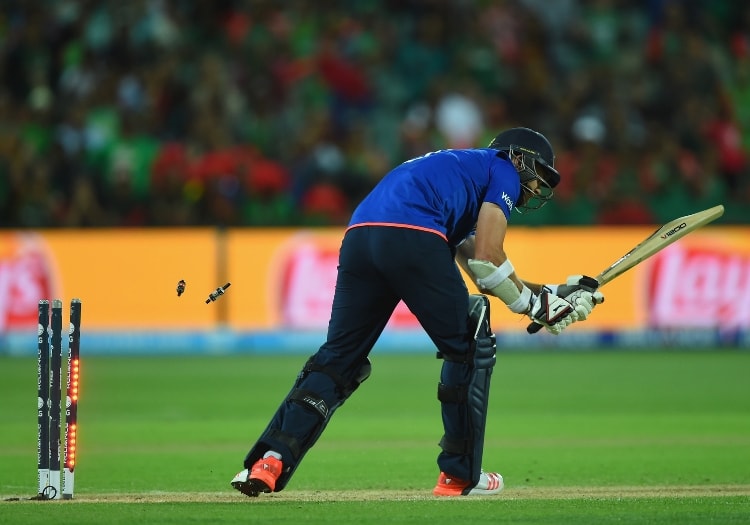 Mushrafe Moratza and Hossain were the tormentors in chief for Bangladesh, bowling with vibrancy and potency in equal measure - something England's crusade had lacked from the outset.

Jos Buttler, batting at an eye-watering seventh in the order, provided the only resistance with 65 but with his departure went any remaining hope. Broad and Anderson were bowled in the space of three balls, the state of their stumps only eclipsed by the mess of the team.

The inquest began almost immediately. Morgan insisted his players had merely struggled for form, but the reality was that England had no idea how to approach a 50-over innings with either bat or ball in the 21st century. Peter Moores would last just two more months as head coach before being dismissed upon Andrew Strauss' arrival as director of cricket. 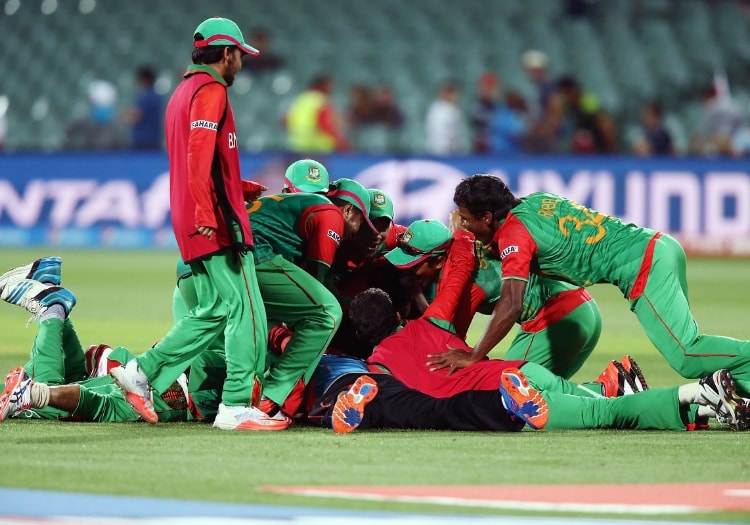 A climax to the tournament bathed in even greater ignominy followed with England having to play Afghanistan in a dead rubber 11 days later - but perhaps they deserved such a degrading send-off. Lacking in preparation and devoid of a contemporary approach to the 50-over game, England's tactics were prehistoric and exposed how far they had fallen behind their international rivals.

Indeed, had their exit not been as mortifying it might not have led to the overhaul which has followed heading into their home World Cup. England are among the favourites for the competition this summer, and victory would cap a seismic turnaround from four years ago.

And if Morgan does have an opportunity to make an acceptance speech - perhaps at Trafalgar Square, The Mall or outside Buckingham Palace -  he will likely hark back to what was a defining day in Adelaide - perversely one of the lowest in the nation's recent cricketing history.