NICK FRIEND: The debate will rumble on about Tammy Beaumont's best place in England's batting order and, indeed, the structure of the lineup as a whole. The efforts of their two young spinners, however, cannot be underplayed 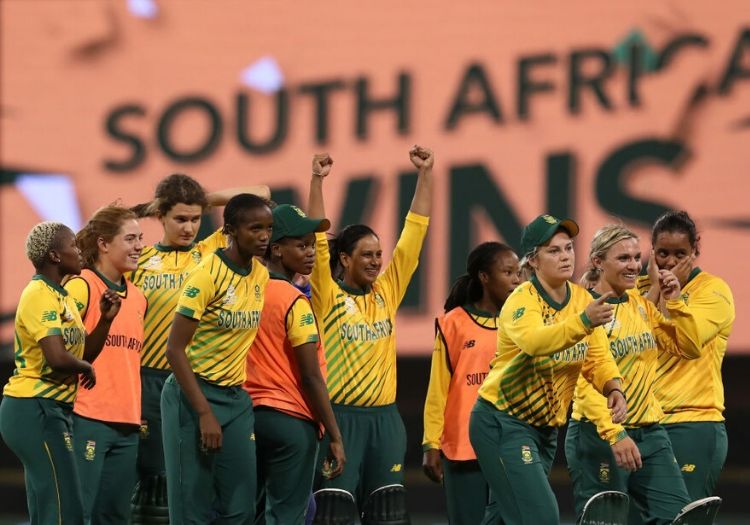 “It’s a simple game,” bemoaned Nasser Hussain on commentary. “Get your best players at the top. It’s as simple as that.

“England messed around their batting order all over the place. I can’t quite understand that.”

In practice, there is sound logic in pigeonholing a specialist batsman to the finisher’s role. In the women’s game, at least, it is a job that has rarely been focused on. South Africa are perhaps one of few to have exploited the importance of the death overs, utilising the hitting power of Chloe Tryon at the back end.

Yet, it is hard to argue with the idea that England might have gone wrong with their use of Tammy Beaumont. One of three players from her country with a T20I century – against South Africa no less, hiding her for a final dash at quick runs seems an inefficient handling of one of the finest players in the women’s game.

There is method to it, of course; psychologically, it should give those above her the confidence to play their natural games.

“Lisa Keightley is really keen to have a really deep order, so we’ve got batters in the back-end of the game to try to avoid the scenario where you have bowlers at each end for the last three or four overs,” Lauren Winfield told The Cricketer.

“That’s the rationale – it means that the people through the middle can keep going and really take the game on. And then, you’ve got two batters there at the end of the innings to finish things off.”

Winfield finds herself even lower down the order; she is batting at No.8 – in essence, an insurance policy. The strategy has merit, but Beaumont would surely be better served further up England’s card, especially given the current struggles of Danni Wyatt and Amy Jones. In the end, Beaumont and Winfield – England’s opening pair in their glorious World Cup campaign in 2017 – came together with 11 balls left.

At one stage it looked as if the Kent batsman might not reach the crease at all, and England were hardly racing along. Fran Wilson struggled for fluency, burdening Nat Sciver with the pressure of boundary-hitting. There were 34 dots in the first ten overs of the innings and just six fours in the first half – four of them in the first 22 balls.

Since Keightley took over as head coach, there has a clear willingness to innovate and adapt. Katherine Brunt has moved up and down the order. And although England improved with the bat when she strode in at the fall of the fourth wicket, promoting her above Beaumont – the team’s designated finisher – seems a counterintuitive, self-defeating move. It served only to minimise Beaumont’s potential impact further.

Nat Sciver showed the value in her half century of the best players facing the most deliveries. Her fifty held her side together – it was another reminder of her importance to this England team. While her bowling has allowed England to pick another batting option, it is Sciver's returns with the bat rather than with the ball that will determine how far England go in this competition. 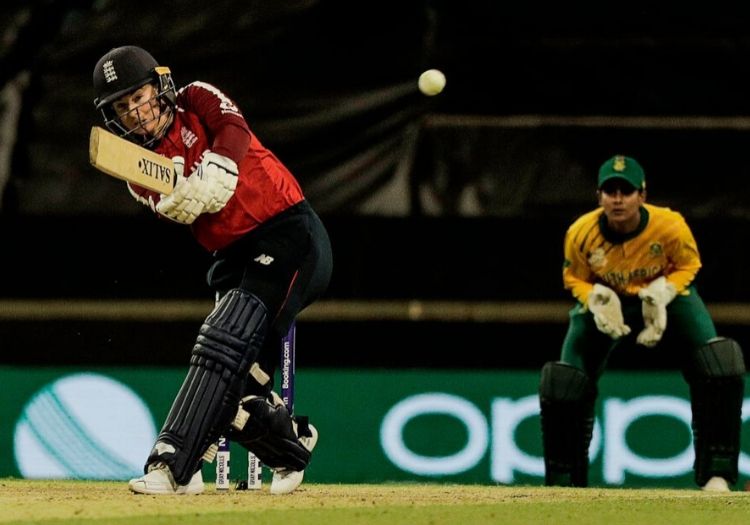 The debate rumbles on over Tammy Beaumont's best position

England’s men have had a similar debate to the Beaumont dilemma around Jos Buttler’s best position. It is a debate as old as T20 cricket itself – where to park your best players. Do they face as many deliveries as possible, or is it best to position them specifically with a match situation in mind?

“It’s a huge role for us,” Keightley told The Cricketer ahead of the competition. “Her experience gives us depth and another person who can finish off an innings for us under pressure or be adaptable to whatever the game needs, so I think she’s a huge key moving forward for us and she’ll have a big part to play.”

Whether she might have a greater influence further up the order – certainly ahead of Wilson, who couldn’t find the boundary in her 21 deliveries, is the question facing Keightley and Heather Knight.

If Dane van Niekerk and Marizanne Kapp built the platform for their side, it was Mignon du Preez – “possibly the most respected women’s cricketer in South Africa”, van Niekerk claimed after the game – who saw them to victory.

As is often the way, as the finishing line crept closer, it seemed to blur into the distance simultaneously. Kapp and van Niekerk both fell within four balls of each other, and Chloe Tryon – promoted up the order to quell any fears of a slowing run-rate – was scratchy until she swept Sophie Ecclestone for six.

It was left to du Preez, a senior voice even in a side full of experience to squeeze her team home on a landmark day for the batsman.

Shabnim Ismail is next on the list, but still 11 games behind, then followed by JP Duminy and van Niekerk.

It is a mark of her outstanding longevity that just nine women have played more T20 World Cup matches. She becomes the 13th woman to reach her century of appearances, with Meg Lanning set to join her on the number when Australia take on Sri Lanka.

Du Preez’s moment of glory was a fitting moment – South Africa’s first win over England at a T20 World Cup, a result ultimately orchestrated by the history-maker. 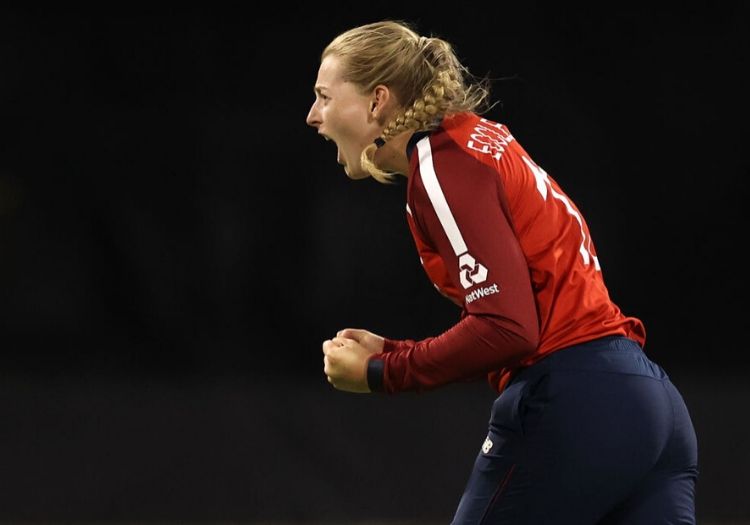 Sophie Ecclestone was a bright spark for England

Between Sophie Ecclestone and Sarah Glenn, England may well have their spin stocks sorted for the next decade, with Mady Villiers waiting in the wings as a third option. The pair have a combined age of 40 and were the collective linchpin of the ultimately fruitless fightback carried out by Heather Knight’s side in the field.

There was little more that the pair could have done in Perth. Not traditionally a surface or a ground that has favoured spinners, both bowled with a guile well beyond their years.

Glenn, curiously, suited the WACA pitch nicely. It has become common early in her international career to describe her as ‘not a big spinner of the ball’ when, in truth, that tells half the story. What she lacks in side-spin, she makes up for in over-spin.

It was the extra bounce generated both by Glenn and a traditional WACA wicket that gave her the scalp of Marizanne Kapp. Her natural length – shorter than traditional wrist-spinners – was difficult to get away, while sweeping the 20-year-old is a constant risk.

Ecclestone, meanwhile, has become the world’s finest spinner. Ever-reliable, she is Knight’s go-to option. With two overs to go, the ball was thrown to the young left-armer. Talent is often taken for granted, but it must not be underestimated in Ecclestone’s case. She is a generational cricketer, the kind that will win games for England in years to come.

Knight will wonder with hindsight whether she might have saved her for the final over – as she did in England’s tri-series Super Over win against Australia – and hand Katherine Brunt the penultimate set. Yet, the twin threat of Tryon’s hitting power and a swirling wind may have made that the natural call at the time.

England’s frustration at the result in Perth will be accentuated by their awareness of the quality possessed by their pair of spinners. Coupled with Brunt, Nat Sciver and Anya Shrubsole, it is a bowling attack that can live without huge totals on the board. Had England mustered even 15 more runs – a par score, many thought – that may well have been enough.