The South Africa international scored 31 not out from 23 balls with the bat before posting figures of 1 for 25 with the ball, including conceding just two runs from two powerplay overs 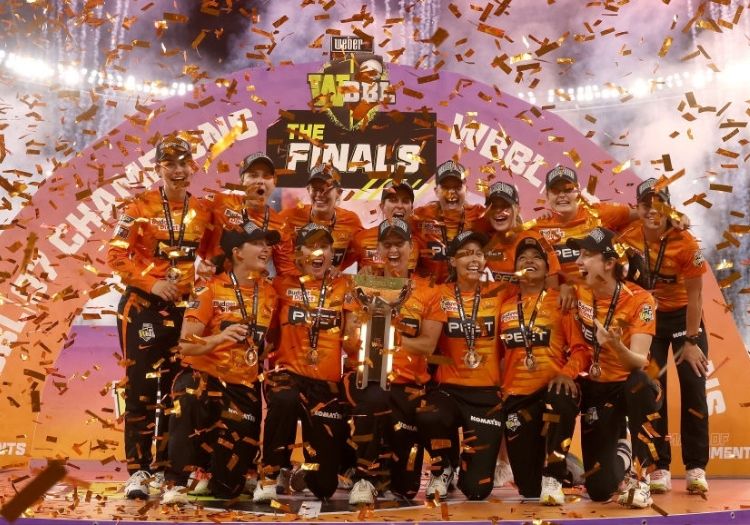 Three months after steering Oval Invincibles to glory in The Hundred, Marizanne Kapp - who had been struggling with illness in the lead up to the final - produced an all-round show to deliver a maiden WBBL title for Perth Scorchers, who defeated Adelaide Strikers by 12 runs.

The South Africa international, whose wife Dane van Niekerk was representing the Strikers, scored 31 not out from 23 balls to push the Scorchers beyond the 140-mark before conceding just two runs in two powerplay overs to lay the platform for her side’s victory.

Sent in to bat, Perth openers Sophie Devine and Beth Mooney started slowly against the pace onslaught of Megan Schutt and Darcie Brown, before capitalising on a loose over from the latter to finish the powerplay on 37 for 0. However, Mooney departed just 10 balls later, picking out Amanda-Jade Wellington to depart for 19 off 24 balls.

Devine followed four balls after drinks, a direct hit from van Niekerk catching the New Zealand skipper short of her crease, before Chloe Piparo, fresh from hitting Brown for back-to-back fours, edged the ball through to Tegan McPharlin to leave the Scorchers 75 for 3.

However, losing their big guns did little to stop Perth’s scoring, with Heather Graham and Marizanne Kapp adding 41 runs off 32 balls for the fourth wicket and Alana King, batting at number seven, posting 14 runs off just five deliveries – including two boundaries off the final three balls – as the home side closed on 146 for 5. Schutt was the pick of Adelaide’s bowlers, taking 1 for 19 from her four overs. 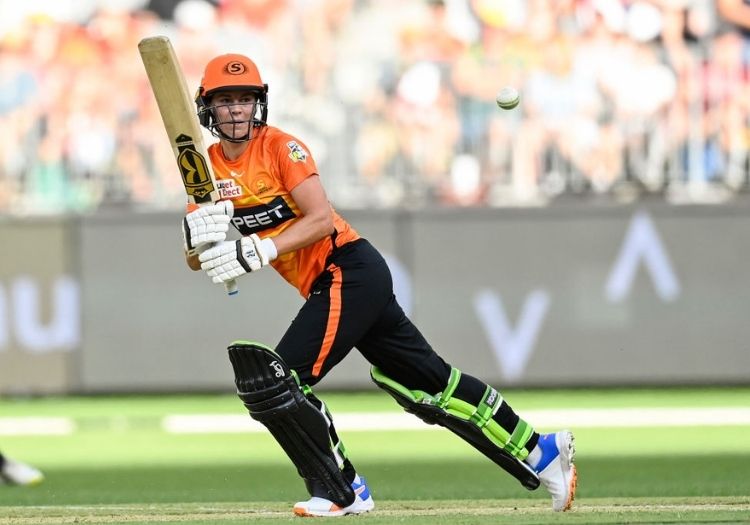 The Scorchers continued their dominance with the ball, bowling 28 dot balls and picking up two wickets in the powerplay to reduce the Strikers to 16 for 2. Devine was the first to strike, removing Katie Mack (caught King) for six in the fifth over as the opener tried to free the shackles, before Taneale Peschel struck six balls later to send van Niekerk (caught Mooney) back to the dressing room.

The home side should have had their third in the eighth over, the hand of Lisa Griffith preventing Mooney from running out Tahlia McGrath on six, and it nearly proved to be a costly error as the Adelaide skipper built a 65-run third-wicket stand with Laura Wolvaardt.

Fortunately for Griffith, the reintroduction of Peschel in the 14th over brought the partnership to an end, McGrath picking out Piparo at point to depart for a well-made 36 (29 balls). And one over later, she took the catch to dismiss Wolvaardt (bowled Graham) for 25 to complete her redemption and leave Adelaide 66 runs shy of victory with 34 balls remaining.

Maddie Penna dragged the Strikers back into contention, dispatching Kapp for a six and a four in an expensive, 17-run 17th over, but the South African also picked up the wicket of Bridget Patterson (caught Lilly Mills) to finish the match with figures of 1 for 25.

And after another tidy set from King, Graham removed Wellington for four (caught Devine) in the penultimate over to all but seal the title for the Scorchers.

Requiring 22 runs from the final six balls, Penna top-edged Peschel's second delivery for four but had no more boundaries left in the tank, finishing unbeaten on 30 off 21 balls as Adelaide fell 13 runs short of victory.