UNDER-19 CRICKET WORLD CUP PREVIEW - WEST INDIES: After several members of the side triumphed in 2019's Super50 Cup, if they can escape a tough group a repeat of the Caribbean's 2016 success under Shimron Hetmyer could be on the cards 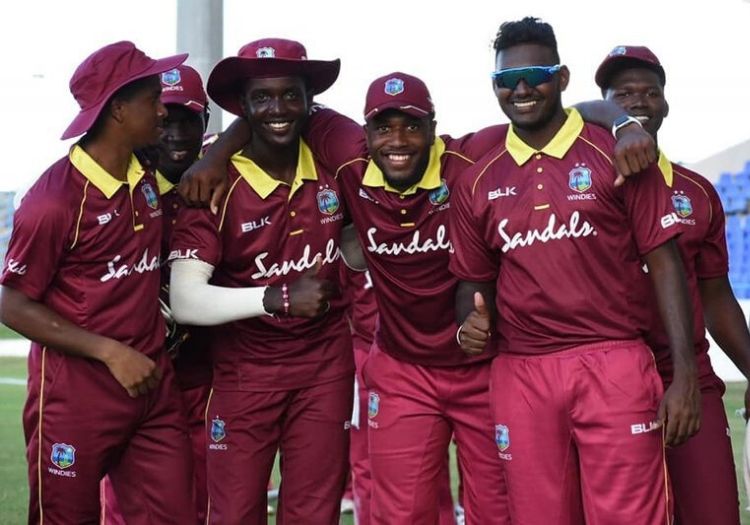 Ashmead Nedd: An imposing left-arm finger-spinner from Guyana who impressed England coach Jon Lewis with his haul of 5-27 when the sides faced off in the opening match of last month's tri-series in the Caribbean.

Nedd had come into the series off the back of starring for the West Indies Emerging side that lifted its first title in the Super50 Cup – the islands' List A tournament – less than one week prior, with his 11 wickets being taken at the tournament's fourth-best economy (3.27 per over) and strike rate (18.8).

Nyeem Young: One of three players to return from the 2018 campaign (alongside Nedd and skipper Kimani Melius) after finishing that tournament with a higher strike rate than any other batsman with 100 or more runs (134.48), despite never batting above No.7 in the format.

Young left New Zealand having racked up quickfire half-centuries against Ireland and Kenya, and opponents will have to prepare for more late-order cameos of the same after he assisted Barbados to West Indies Under-19 Championship glory last summer, and his medium pace averaged 15.22 in December's tri-series.

Matthew Forde: Though the West Indies struggled during last month's home tri-series with England and Sri Lanka, the games at least finished on a high note as death bowling from 17-year-old Bajan right-armer Ford helped squeeze Sri Lanka to a total eight short of the 208 required.

The wicket of opposition captain Nipun Dananjaya for 74 in the penultimate over capped a cunning display of 3-29, which followed four wickets when the teams had last met three days prior. 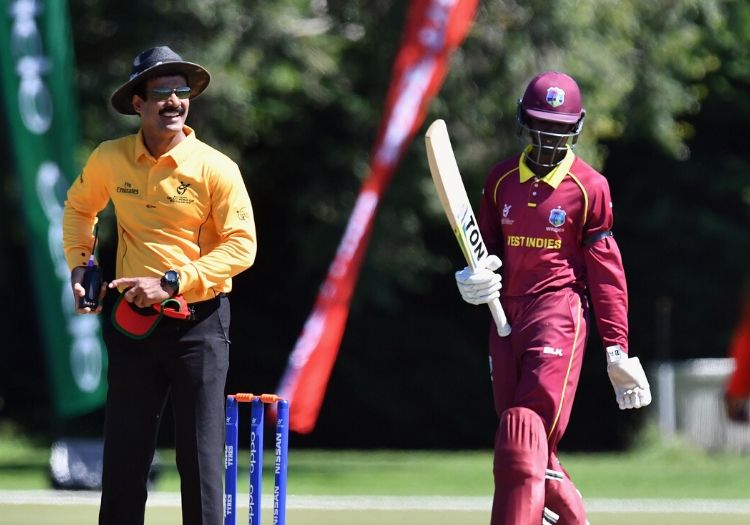 Kimani Melius, who captains this time around, celebrates a fifty in the 2018 tournament

The West Indies were the first side to show their hand and announce their 15-man squad for the tournament, and the successes of several squad members in the Super 50 Cup will have buoyed spirits heading into a rigorous tri-series on home soil against England and Sri Lanka last month.

With captain Kimani Melius one of four players to return from the squad of 2018, if the pieces fall into place a bowling-heavy side could fancy its chances of emulating Shimron Hetmyer's team and their 2016 trophy-winning campaign.

Being pooled with England and Australia puts a lot of pressure on their opening two games of the tournament, with defeat to both essentially guaranteeing a best return of ninth from this year's tournament.

To find success, Graeme West's side will be desperate for a stronger showing from their top order – captain Kimani Melius was the only man to even average 20 during last month's tri-series, and wicketkeeper Leonardo Julien has struggled since tallying 83 as an opener in the Super50 Cup final on December 1.