SAM DALLING: The Chelmsford clash with holders Essex ended with a no result, but not before the 22-year-old scored his maiden T20 century in just his eighth outing 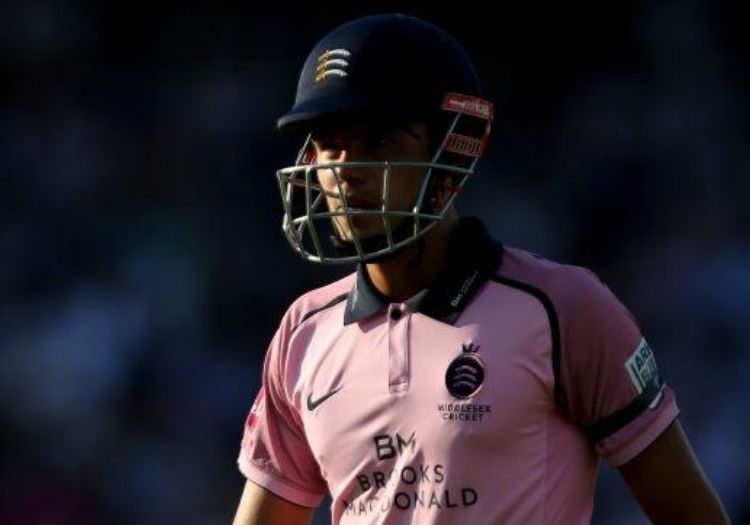 The Blast is back. Not as it should be but we all know the drill now.

Holders Essex got their campaign underway with a no-result. The build-up focussed on how Middlesex would cope in the absence of their key strikers from last term.

Top-order trio Eoin Morgan, AB de Villiers and Dawid Malan contributed more than 1,100 Blast runs in 2019 as the Lord's-outfit bounced back from a rotten 2018 campaign to qualify for the quarter-finals.

None of them were here today. Add in the missing runs of Paul Stirling who will turn out for Northamptonshire this year and it’s easy to see why their run-scoring credentials were doubted.

The Ireland star departed the home of cricket after a decade of service last winter; as a result of the nation being awarded Test status in 2017, ending his status as a local.

There was a grace period of pre-existing deals but Stirling’s expired and he’s now signed on with Cricket Ireland.

Not worthy of an overseas slot then? Hindsight is a wonderful thing and all that.

Enough about absent friends. Those who were here showed enough to suggest the future, unlike the skies today, is not all gloomy.

With great power comes great responsibility. And although Stephen Eskinazi was back amongst the rank and file today having skippered the side in the Bob Willis Trophy, he’s a senior man.

He led from the front, getting the visitors off to a flyer by taking 18 from the game’s opening over. A show of intent; Middlesex are here to compete.

His innings may have been brief but by the time he departed in the third over the tone had been set.

In T20 batting the only metric needed is strike-rate. Everything else can be ignored. Better to have three or four blokes hitting it at close to 200 than one man batting through the innings down at 150. It’s just plain math. Eskinazi made 24 from just 11 deliveries;

If there were fears it would peter out after that, they needn’t have worried. Step up Max Holden. The 22-year-old opener made just a single appearance in the tournament last year and today was only the eighth outing of his fledgling career.

Not that anyone watching the live stream would have guessed. He was sublime on his way to unbeaten 101*. He rode his luck at times; Adam Wheater missing a stumping when he’d made just two and Shane Snater shelling a catch he really should have taken off Simon Harmer at long-on.

You make your own luck though and Holden certainly punished the hosts for their errors.  His innings included three maximums, all of which came off Simon Harmer.

Two came in a single over; a straight-six smashing into the sightscreen before a slog sweep disappeared out of the ground three balls later.

Fifteen off an over from Essex’s star man isn’t something you see often. Serious hitting.

A fluke? Not on your nelly; Holden pummelled him for another six later in the innings. This one teased long-off but ultimately cleared the rope comfortably. 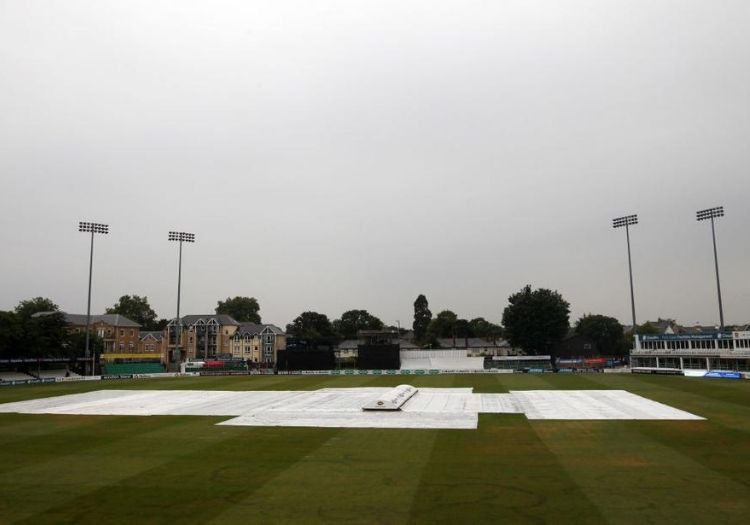 The shot of the day though was an elegant push of Paul Walters’ left-arm seam bowling. The stroke had a duo of Essex fielders giving a fruitless chase as the ball made its way to the cover boundary.

Fifty was reached from just 35 deliveries and he doubled up in another 24. Having past his previous competition best – 84 against Somerset at Lords back in 2018 – he headed into the final over of the innings on 93.

Three deliveries to make six runs at the end; a flat bat down the ground for two followed by a punch through the covers. Cue cheers from the Middlesex dressing room that could be heard by Essex’s lost membership wandering around the city centre.

This boy is talented. A former England U19s skipper it's hard to believe he’s only 22 still. His contract is due to expire at the end of the summer; they’d be mad not to renew.

Elsewhere in the innings, Nick Gubbins made a run a ball 23. He never quite got going but he already has more runs than last year. Middlesex need a few more from him if they want to mount a serious challenge.

Then there was Dan Lincoln. A former non-league shot-stopper who was plying his trade for Bognor Regis Town before his Middlesex bow last year.

He came in to replace AB and made a decent fist of it, and a couple more appearances led to a full-time gig. It didn’t quite come off for him today but there are signs of promise. Another to keep an eye on perhaps.

More than most  Middlesex are having to cater for change this season. There are definitely reasons to be cheerful though on today’s evidence.

Some slack needs to be cut too. This isn’t comparing apples with pears. A couple of hot prospects and a pair of good county cricketers who haven’t (yet) warranted an international cap, are not match for guys with the best part of 1000 international games between them. Morgan is a dual-form World Cup winner while De Villiers is one of the all-time greats.

The former could be back for the last two group games. By that point Middlesex’s season might be all over bar the counting but don’t rule them out just yet.