The 32-year-old South African smashed 12 fours and eight sixes in an exhilarating 127-ball 161, sharing a fourth-wicket stand of 234 with Billy Root, who contributed 98 to a Glamorgan total of 331 for 7 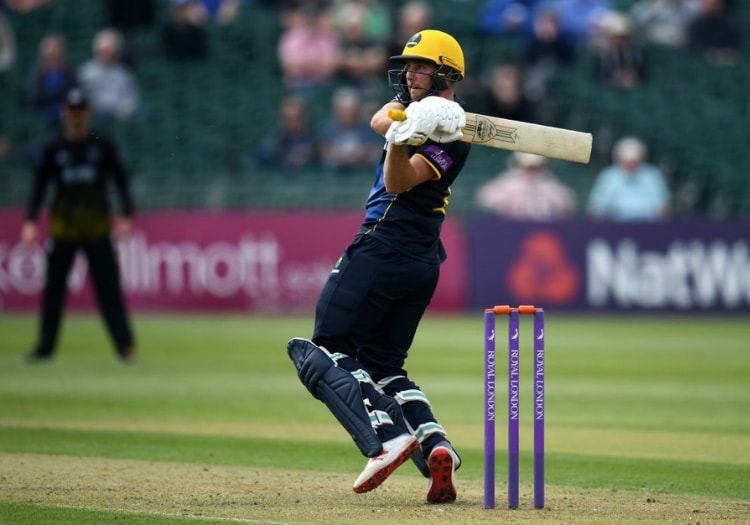 The 32-year-old South African smashed 12 fours and eight sixes in an exhilarating 127-ball innings, sharing a fourth-wicket stand of 234 with Billy Root, who contributed 98 to a Glamorgan total of 331 for 7 after winning the toss.

In reply, Gloucestershire slumped to 26 for 4 as Marchant de Lange claimed three early wickets. They were eventually dismissed for 257, Jack Taylor top-scoring with 75 from 70 balls and De Lange finishing with 3-41.

Both sides face the prospect of elimination from the competition before the knockout stage. It was only Glamorgan’s second win in six matches, while Gloucestershire have three victories from the same number of games.

Cooke and Root transformed the visitors’ innings after they had struggled to 53 for 3 in the 13thover. David Lloyd was unlucky to be run out at the non-striker’s end when bowler Ryan Higgins got a fingertip to a Jeremy Lawlor straight drive.

Lawler was caught at deep cover off the left-arm spin of Graeme van Buuren and when Marnus Labuschagne was caught behind down the leg-side off Chris Liddle, Glamorgan looked in trouble.

Patience was needed to assess the pace of the pitch. Both Cooke and Root showed that quality in spades as they took the score to 137 for 3 after 30 overs.

The two batsmen than cut loose, adding 101 runs in the next 10 overs. Cooke reached a 66-ball half-century with a six over fine leg off David Payne and Root soon followed to the same landmark, having faced one less delivery.

Cooke launched two more big sixes in moving to a century off 99 balls and then needed only a further 21 deliveries to reach 150, passing his previous best List A score of 137, made against Somerset at Taunton in 2012.

He finally fell for the third highest score ever by a Glamorgan batsman in one-day cricket to an unusually expensive Benny Howell, bowled attempting a ramp shot. The 234-stand with Root, a Glamorgan record for the fourth wicket in List A games, had occupied less than 33 overs.

After a couple more wickets, Root, who had lost little in comparison to Cooke, was run out attempting a second run from the last ball of the innings. He had faced 103 balls, hitting nine fours and a six.

Glamorgan’s total looked well above par and so it proved as Gloucestershire’s top order were rushed into some rash shots. Lukas Carey removed Gareth Roderick, caught at point in the first over, while the impressive de Lange, working up good pace, accounted for Miles Hammond, Benny Howell and James Bracey.

Chris Dent was bowled by a slower ball from Graham Wagg, pushing forward, for 30 and at 62 for 5, Gloucestershire looked beaten.

Taylor and van Buuren, the two batting heroes of the win over Somerset on Sunday, added 34 before the latter was caught behind for 41, edging an attempted pull off Wagg.

Labuschagne’s leg-spin accounted for Ryan Higgins, caught at long-off for a brisk 38, while Tom Smith fell to a catch at fine leg off a long-hop from off-spinner Root, the bowler’s first List A wicket for Glamorgan and only his fifth in total.

Taylor went to a 56-ball half-century with two sixes off successive balls from Dan Douthwaite and Payne batted well for his unbeaten 36, but it was too little too late.