Having been bowled out for just 9 by Essex four days previously, and having committed to plenty of work in the nets prior to this fixture, Nottinghamshire once again looked vampire-in-the-sun fragile in the face of the excellent Hampshire attack 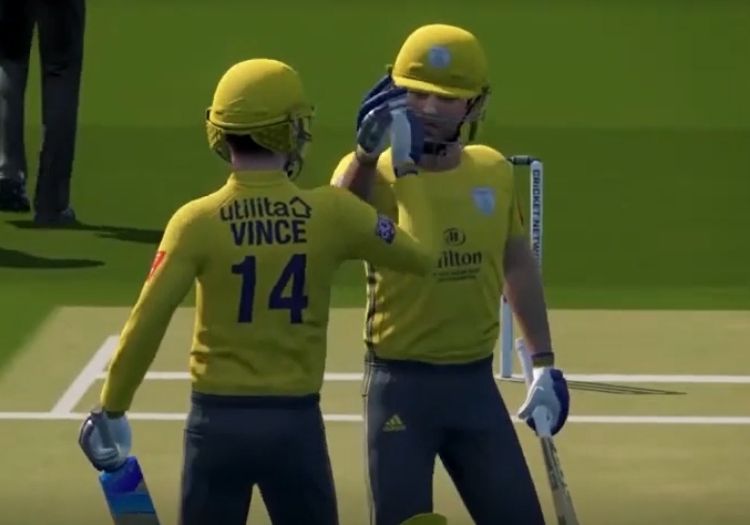 Struggling Nottinghamshire have been eliminated from the Quarantine Cup after another meek display with the bat ended in heavy defeat at the hands of Hampshire.

Notts controller Tom Moores came into the competition bristling with confidence - he was, he claimed, “without weakness” - but the Outlaws’ campaign has quickly unravelled and, with two group games remaining, they now cannot qualify for the last four.

Having been bowled out for just 9 by Essex four days previously, and having committed to plenty of work in the nets prior to this fixture, Nottinghamshire once again looked vampire-in-the-sun fragile in the face of Mason Crane and his excellent Hampshire attack.

Three wickets fell before a run came off the bat, after they elected to have first use of the wicket at the Ageas Bowl, and only Ben Duckett cleared the boundary ropes as they were skittled for 17. There were only three scoring shots in the entire innings.

In response, Hampshire never looked troubled as they cruised to a third win in four and ever closer to a place in the semi-finals.

The writing was on the wall for Notts after three deliveries, when Alex Hales edged Kyle Abbott through to Lewis McManus and blew the review despite Edge-O showing he had taken several layers of leather off the surface of the ball.

Hotspot showed no mark on the outside edge of Hales’ bat, but the soundwaves were enough for the virtual third umpire to insist the England international was sent on his way.

Moores’ digital self clipped a tame catch to midwicket from his first ball - Nathan Lyon claiming the wicket, while Dan Christian lumped a simple chance up to extra cover to leave the visitors 1 for 3 and spluttering.

Duckett dispatched Lyon for back-to-back sixes off Lyon, one of which he appeared to pummel 110 metres with the laces on his right boot, but he perished trying to make it a hat-trick of big uns, snaffled at mid-off by Liam Dawson.

Samit Patel picked up Crane’s digital self over point for four but he was the last man to fall, edging through to McManus two balls later - a remarkable reflex catch that deviated a foot off the bat, and Notts were spent.

Nye Donald was trapped lbw by a hooping inswinger by Luke Fletcher - a remarkable dismissal, given Fletcher was bowling right arm around the wicket - but Rilee Rossouw quickly took control.

Taking the sort of low-risk approach which would make a health and safety officer blush, the South African trotted along to an unbeaten 17, taking Stuart Broad for a sumptuous flicked six over square leg and then driving for four through cover to complete the job.

“Gutted, absolutely gutted,” Moores said afterwards. “I’m lost for words. I sorted the controller for this one and the buttons were working but I have to give credit to Mase; he bowled beautifully and I couldn’t pick him.

“It was a bad day at the office. I had a caught behind where nothing showed on the hotspot and the umpire decided to trigger me.

“I’ve got some new tactics, the gung ho approach has to go. It isn’t the way in this game. We’re going for a more clinical approach.”

Crane still needs one more win to put himself into the last four.

He said: “It was a nice quick one. When I heard Mooresy’ was bowled out for nine the game before, to concede nearly double that was slightly disappointing.

“I just looked to bowl legal deliveries. He was about to chip it up to a fielder at any moment, so we just wanted to get it down the other end and let him do the rest.”