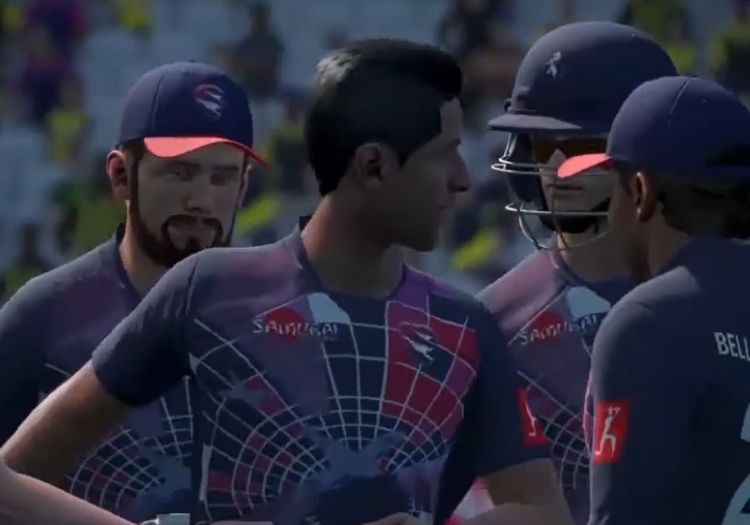 Kent gave their hopes of qualification for the Quarantine Cup semi-finals a huge boost with a demolition of previously unbeaten Glamorgan.

Set up by a Daniel Bell-Drummond blitzkrieg, the Kent bowlers picked off the Glamorgan batsmen with ease to leave coach Imran Qayyum with three wins and a defeat from his four group games.

Qayyum will now have to wait and see what happens in the final group two fixture - between Sussex and Glamorgan on Saturday - to discover whether they will progress to the knockout stages.

Roman Walker and Glamorgan must win, and score at least five boundaries in the process, to pip Kent to a last-four berth.

Should his team go through, Qayyum will take the momentum of a falling star with him into the semi-finals. Since being dispatched by 47 runs by Sussex in their opening match, Kent have been in impressive form with both bat and ball, racking up several scores of substance and barely giving his opponents a sniff.

For Walker, a massively improved display is required at the weekend.

Bell-Drummond announced himself with a towering six over mid-off to get off the mark, the ball being hit so powerfully it broke through the brickwork below The Oval’s dressing rooms, before clearing the ropes for a second time with nothing more than a deinty flick of the wrists.

The Kent opener looked to be in supreme form, taking the attack single-handedly to Glamorgan. At the other end, his partner Zak Crawley could afford to pull out the pop-up chair and settle into a non-government sanctioned picnic.

Lucas Carey was taken for an imperious driven six and three fours in his only over, all through the legside, and after 12 balls Kent were 31 without loss. Bell-Drummond had all of them.

Glamorgan enjoyed brief respite when Bell-Drummond wildly underestimated the power of Walker’s arm from the square leg boundary and ran himself out by the best part of half a pitch, while Joe Denly never settled and was pinned lbw by a gentle inswinger from Graham Wagg, but Zak Crawley made sure Kent’s innings did not drift off course.

Crawley ended with 20 not out, from 11 balls, completing the innings with a trio of majestic maximums in the final over to set Glamorgan 62 for victory.

The Welsh side never got close.

The dangerous David Lloyd misjudged a drive to give Darren Stevens a vital early wicket, caught in the ring at mid-on; Chris Cooke ran himself out going for a second; Billy Root lobbed a simple catch down the ground off Mohammad Nabi; and Marnus Labuschagne whipped Nabi straight to midwicket.

When Dan Douthwaite inexplicably took off for a single with the ball by Sam Billings feet and was quite deservedly run out, it completed a miserable afternoon for Glammy in the south London sunshine.

They will need to gee themselves up for a critical weekend clash with Sussex. For Kent and Qayyum, the waiting game begins.