GIDEON HAIGH: Success belongs to players; failure distributes more naturally elsewhere. Players make coaches every bit and more than the other way round 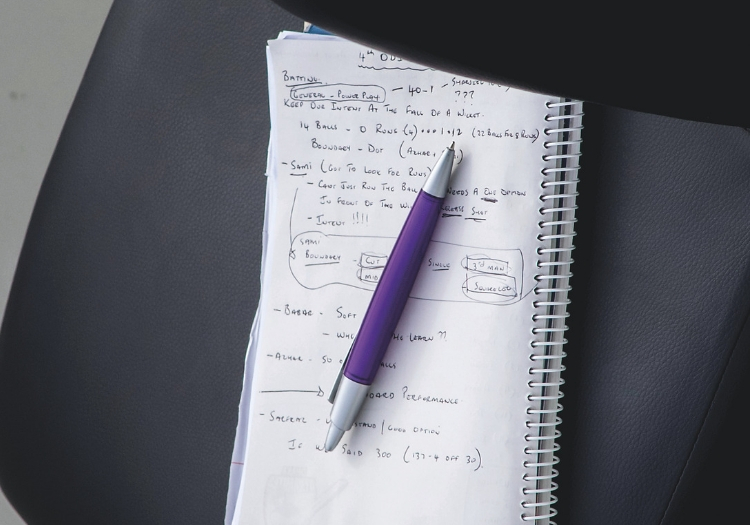 In the new documentary series about the rebuilding of the Australian cricket team, The Test, the central character is coach Justin Langer, depicted as the fountainhead of cricket technique, tactic, lore and legend through numberless meetings and personal encounters. The viewer follows him from early days in the job with a team in disarray, through periods of middling success, to something that looks like a performance breakthrough in last year’s Ashes.

There is no hiding his moods. Indeed, they are a bit of a byword among his players. At the celebration of a Test victory, it’s cheekily observed that the security cordon must have been breached. Someone looking like Langer wearing a smile has been seen in the dressing room; it must be an impostor.

But how powerful can a coach conceivably be? He can neither bat, bowl nor lead; for long stretches, he is far from the action; he has limited control over his available talent pool; he has limited capacity to recalibrate and repair skills learned and ingrained long ago. Success belongs to players; failure distributes more naturally elsewhere. Players make coaches every bit and more than the other way round.

Just ask Mickey Arthur, now coach of Sri Lanka, having been forced out by intrigues at South Africa, Australia and Pakistan. He left his notepad on a chair after Pakistan lost the fourth one-day international to England at Headingley four years ago, so that we know of his frustration watching Sharjeel Khan’s flameout in the Powerplay, Sami Aslam’s earthbound 44-ball 24, Babar Azam’s feckless cut to backward point.

Why I love cricket: Barry Hearn

From the last line we learn that Pakistan had aimed for 300 on winning the toss. Their eventual total was 247 for 8. It was the ODI in which the enigmatic Mohammad Irfan broke down again. One imagines the exclamation and question marks overleaf responding to that. ‘Intent!!!’ Arthur shouts into his spiral-bound notebook; will anyone listen to that ritual reminder, which always sounds like it has been lifted from the coaching manual of Norman Vincent Peale?

In this little notebook, then, can be glimpsed the gap between the figure in the dressing room to whom eyes look on match eve and in intervals and the helpless onlooker bound at other times to be overtaken by events – the before and after man who has no more influence during events than your average spectator. Perhaps the most telling glimpse of Langer in The Test is of his coach’s eyrie at Headingley last year as Ben Stokes bends the match to his will.

At one point, Langer adjourns from his chair and kicks a bin, which disgorges its contents all over the floor. Nobody says anything; nobody even looks up; Langer, disciplined and punctilious, contritely refills the receptacle and returns to his helpless vigil.

Afterwards he’ll be cleaning up the mess, physical and psychic, that defeat leaves. In the meantime, he can only watch, hope, fret and sweat. His notes that day would be worth reading for the punctuation alone.