The inside track: There is no better tour

MIKE SELVEY: I love New Zealand with a passion. Around 15 years ago, with a young family, we were within a smidgeon of completing an emigration there 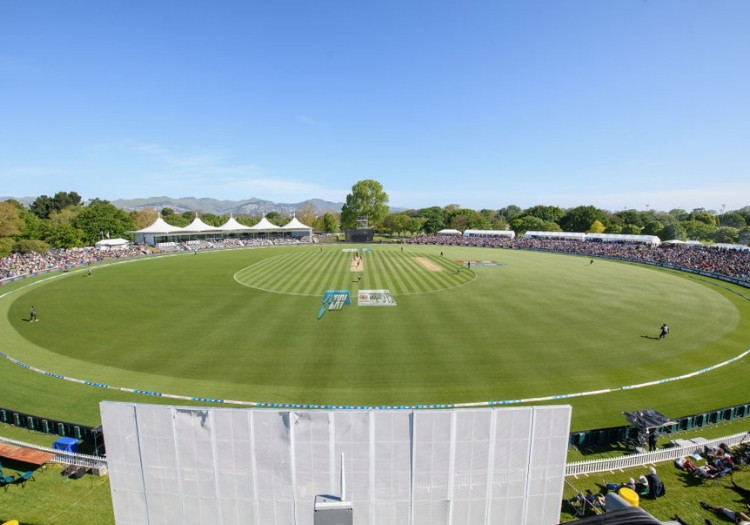 Before sitting down to write this, I have been looking at Instagram pictures posted by colleagues who have been reporting on the tour of New Zealand.

There is one taken on the wonderful drive north from Christchurch to catch the Picton ferry across the Cook Strait to Wellington. And another, as the same ferry steams through the channels at the tip of South Island, and into Picton, with the sea as impossibly blue as the sky, and a backdrop of interlocking wooded mountain slopes. As envy goes I couldn’t be more green if I was Greta Thunberg.

First, a confession. I am a Kiwiphile. I love New Zealand with a passion. Around 15 years ago, with a young family, we were within a smidgeon of completing an emigration there. My wife had interviewed for and accepted a very good job, and I’d had enough of The Guardian at that time. Some of our best friends live there, and already we had bought a beach retreat on the beautiful Coromandel peninsula. It was me who pulled the plug at the last minute, for very personal reasons, but as my country descends into ever more chaos, a big part of me regrets the decision still.

I first fell in love with the place and the people in the winter of 1977/78, when I played for the University-St Helier club in Auckland, the first English professional to play club cricket in the country. Since then I’ve been back on numerous occasions, as a player, journalist, family man, and finally, at the start of the year, on a jolly to stay with a mate, play some golf, drink some beer and wine and visit old friends. It won’t be the last time.

As a journalist, I’d often be asked what my favourite place to tour was, and unequivocally, it has been New Zealand. There was a time, before the predominance of online reporting, where the work schedule was tricky. The 13-hour time difference meant that we could be filing live copy for the late editions of the previous day’s paper almost up until tea-time of the following day’s play. It could scramble the brain trying to work out who would be reading what.

"I sat on the physio's table and cried" – Paul Coughlin, who is returning home in search of a change of fortunes

The trip though… what times. Unless we were going to Christchurch from Auckland, say, we drove everywhere, the journeys steadily effortless unless you got stuck behind a logging truck. We stopped to play golf on immaculate courses in small towns, watched cricket as far south as Queenstown and Dunedin – University Oval is lovely; on the other hand, with a southerly blowing straight from Antarctica, Carisbrook, rugby’s infamous House of Pain, was the most inhospitable venue I’ve ever reported from – and as far north as Whangarei. There has been the spectacular art deco town of Napier, and the grass terraces of Pukekura Park in New Plymouth, with the conical snow-capped Mount Taranaki in the distance: a Japanese garden reflects the likeness to Mount Fuji.

With the exception of Eden Park, a dismal cricket ground, and the featureless bowl of the Cake Tin in Wellington, used for white-ball cricket, the grounds are a delight. The current tour has also taken in the verdant Hagley Oval in Christchurch (immeasurably better than the old Lancaster Park rugby stadium, destroyed in the tragic earthquake), Nelson, Napier, with the palm trees along the sea front, warm-ups in Whangerai and the Tests in Hamilton and Mount Maunganui in Tauranga on the Bay of Plenty, two grounds eminently suited to the format and the nature of the crowd. The only omission has been a Test at the Basin Reserve in Wellington, an iconic ground.

It has been a short tour though, and whistlestop T20s at the start with hardly time to catch breath. It has been slotted into the schedules where actually New Zealand, whose contribution in the last decade to how cricket should be played is beyond price, deserves better. The most complete of all the tours there, for me, was that which had three matches of each format, carefully scheduled at appropriate venues.

So I hope those whose first visit this was were able to make as much of it as they could. I recall a conversation between Henry Blofeld and Jeremy Coney. “Beautiful country,” enthused Henry, “but so far away.“ “Not for us it isn’t,” replied Coney. Lucky, aren’t they.