Ask Nasser: If you were England coach what would you say to Adil Rashid about his future role in red-ball cricket? 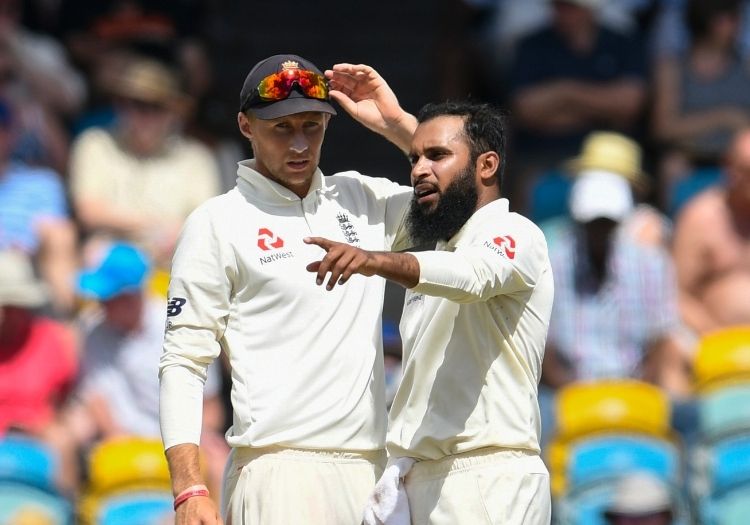 If you were England coach what would you say to Adil Rashid about his future role in red-ball cricket?

I wouldn’t say too much. It has to come from him. To play Test cricket and all the other formats is a gruelling existence, so he has to want it as an individual. As far as skill and abilities go, Adil can become a very good Test match bowler, he’s bowling beautifully… but he has to want to be there. Especially against India in the UAE maybe, and the Ashes: they are difficult assignments. An Ashes tour is no place for someone who has any doubts about wanting to be there.

Philip Collins has written a piece for The Cricketer arguing that Zak Crawley’s first-class average (34.50) is a truer reflection of his abilities than his 267 against Pakistan – do you agree?

I admit I did wonder why he is only averaging that much in county cricket, but no, I go on what I see, not first-class averages. The story probably has a point, rarely do you end up with a higher Test average than first-class, but there are anomalies, like Marcus Trescothick, and I believe Zak can be similar.

We are not picking someone to see how they do on a Monday at a county ground, we are seeing how they can do it under the highest pressure against the best players… in that double hundred against Pakistan and even before that he looked special. It’s nice to see a non-robotic, non-manufactured player. He’s very rhythmical, on the front foot and back. I think maybe county seamers did trouble him pitching it up, but in Tests you have to be play the ball above your waist a lot. That is why I think he will have a good Test career.

Was Ian Bell the most attractive England player you have seen?

He was one of the greats, in one of the greatest England sides I’ve seen, that Andrew Strauss side… it’s certainly the best batting line-up: Strauss, Alastair Cook, Jonathan Trott, Bell, Kevin Pietersen, Matt Prior. It was an exceptional side, and Bell was very pleasing on the eye in the middle of it. Everyone talks about his cover drive but just in general he was so aesthetically pleasing. I crossed paths with him early on. We picked him as cover for New Zealand in 2002: he was a lovely lad, and a fine product of the Warwickshire and England system. He will make a good coach.

Was Bell the best short-leg for England in the era of covered wickets?

That’s a big sample size… Ian was very good over a long period. James Taylor didn’t play much but I remember him taking a couple of beauties. Ollie Pope is exceptional. It’s not a position you necessarily want to make your own, but with tours of the subcontinent coming up it’s an important one, especially off the spinners. Brian Hardie was so good at Essex off John Lever, he used to get hundreds of catches in there. I went in there for England after I was captain. I quite enjoyed it really, it kept you in the game.

Did you play with or against Dean Jones?

I played against him in county cricket when he was at Derbyshire, and I worked with him as a broadcaster. He was a lovely bloke, full of energy. I did one of those pieces for Star in the dug-out with him. He’d talk cricket for hours. It didn’t surprise me he did well as coach in the PSL. He would walk into a room and talk about the game to anyone. He’d love to tell us all about his Chennai story, one of the greatest innings ever played. He transformed white-ball cricket, and was way ahead of his time. His death is a real shame and a blow to all of us.

Does the success of the Bob Willis Trophy mean changes in the domestic structure are inevitable?

I’m not looking even a month ahead. No one knows what next summer will be like. Everyone has to bite the bullet, hold on and see what cricket is available. The ECB did extraordinarily well to deliver the amount of cricket they did. It could be an opportunity to look at the structure of the first-class game, I admit. Virtually every county coach who Duncan Fletcher spoke to in my era said we play too much first-class cricket, but I wouldn’t reduce it too much as we don’t know how much we are going to get to play with Covid and even the British weather.

Are you disappointed to see Australia’s Test with Afghanistan called off, and what on earth are you going to do without cricket the next few months?

The decision shows just how well England did. Safety has to come first and if the Australians feel it is not safe to proceed then we have to accept that. We are waiting to see where England’s tours will be. We have loads of ideas for shows at Sky, however – vodcasts, masterclasses and more documentaries are in the offing. I’ll also have to get in front of the bookcase with Wardie and Keysie maybe. And if we are really stuck Benedict can do one of his virtual games, but hopefully we will have some cricket in South Africa, the UAE or wherever. Stay tuned!