AADAM PATEL IN DUBAI: Chaos is perhaps the only way to accurately describe the opening half hour: a frankly daft 30 minutes as the two teams threw punch after punch, neither backing down. Boundaries. Wickets. And nothing else 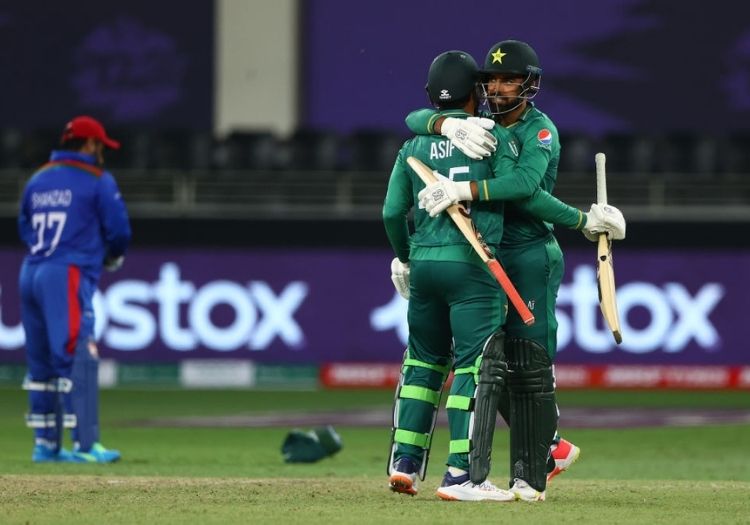 T20 cricket is increasingly a game of match-ups, of fascinatingly complex analytics, brimming with statistics and insight.

The sport is richer because of it, yet for all that has been made about that revolution, the opening act of Friday night in Dubai felt like a game of high-octane, high-intensity backyard cricket played out in front of a raucous crowd. Sport at its most thrilling, most exhilarating best.

After a thriller in Sharjah where West Indies silenced the partisan Bangladeshi crowd, there was barely a chance to make a cuppa before the new ball had landed in the hands of Shaheen Shah Afridi.

The emotion was palpable, the ocean blue seats of the Dubai International Cricket Stadium filled with fever-pitch Afghanistani and Pakistani fans. The colourful flags of both nations adding to the intensity of the occasion. Neither side had tasted defeat in the tournament. Something was about to give.

Chaos is perhaps the only way to accurately describe the opening half hour: a frankly daft 30 minutes as the two teams threw punch after punch, neither backing down. Boundaries. Wickets. And nothing else.

Most sides in world cricket would be satisfied with a total of 49 at the end of the powerplay but Afghanistan also found themselves four wickets down.

Such was the relentlessness of that powerplay, it felt like an entire innings in its own right. Pakistan began with Shaheen. Who else? The starboy. The golden arm. His controlled hostility matching up against the explosive Hazaratullah Zazai. 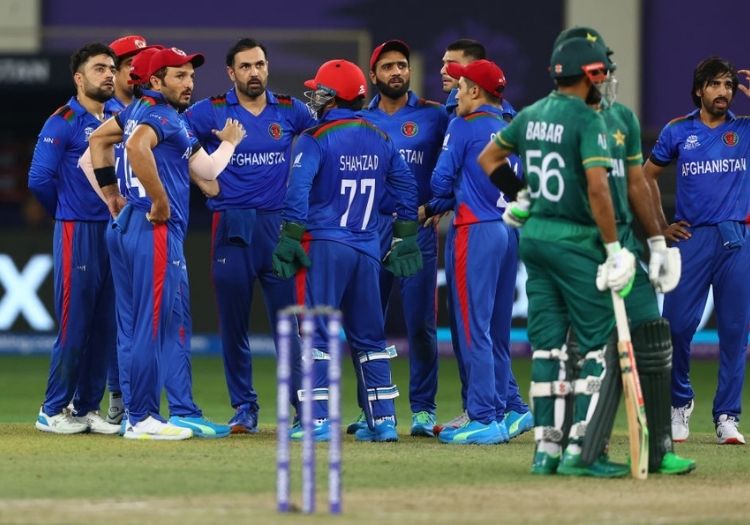 That first over in itself was an event. No wickets, no boundaries but at the very least, a taster of the drama about to unfold. Zazai couldn’t get bat on ball, Mohammad Shahzad audaciously scampered down to a 90mph delivery and Pakistan, caught up in the heat of the moment, wasted a review. It was a semblance of chaos before the carnage that then ensued.

Imad Wasim came on at the other end and Zazai went to slog him onto the standstill traffic on the Sheikh Mohammed bin Zayed Road. Not quite. Instead, Hazratullah top edged to a tumbling Haris Rauf - the star of Tuesday night in Sharjah -  who took a brilliant catch. On Monday, Zazai managed a vicious 44 against a Scottish bowling attack that was sent to all parts in Sharjah. After just five deliveries in Dubai, his fate was sealed with a duck.

Shahzad didn’t last much longer, as he slapped Shaheen disdainfully for four before tamely scooping one straight to Babar Azam. Pakistan were on the hunt.

The following over could have seen two more in the hutch but instead it went for 17. Rahmanullah Gurbaz - the latest addition to the Leicestershire roster - got off the mark with a wallop over midweek for six. He should have been run out but wasn't and, to rub salt into the wounds, Asghar Afghan whacked the following two deliveries for six and four.

For Afghan, they were the only runs he’d score. The former skipper chipped one straight back to Rauf who then welcomed Karim Janat with a pitch-perfect yorker and the joint fastest-delivery of the tournament at 95mph. In Arabic, the term ‘Janat’ means heaven and just like Rahmanullah, he got off the mark with a heavenly upper cut, using the pace of Rauf to graciously send the ball flying into the stands.

The next ball, though, Rahmanullah skied a short ball from Hasan Ali and out came Najibullah Zadran at No.6 before the powerplay had come to an end. For a format that is widely regarded as entertainment, Janat and Zadran ensured that continued with two more boundaries to the total. For now, the only stats that seemed to matter were boundaries and wickets. 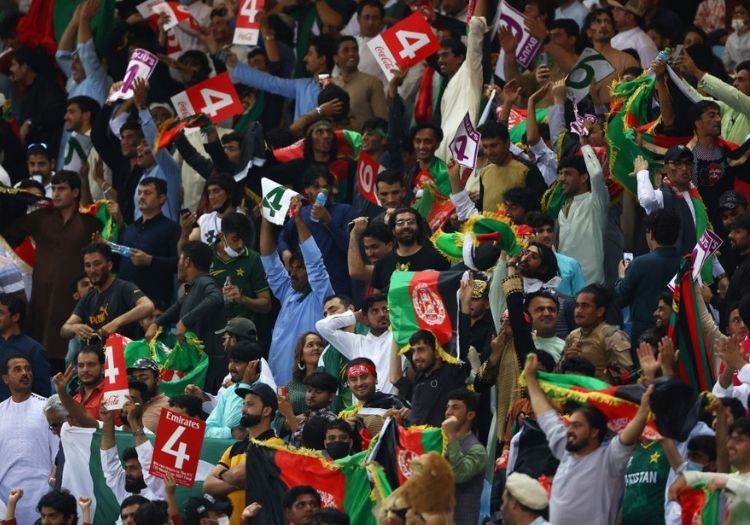 At 49 for 4, Pakistan were prowling. Afghanistan were bleeding, yet still alive. That they managed to get up to a challenging total of 147 was thanks to an unbroken partnership of 71 from captain Mohammed Nabi and Gulbadin Naib that showed great concentration and game management. It doesn’t always have to be stick cricket.

Amid the chaos that had unravelled earlier, the class and coolness of Babar Azam in the Pakistan run chase was the difference between the sides. His control felt a world away from that opening act, a half-century coming up in the 16th over. But when he was outdone by a googly from the peerless Rashid Khan in the 17th, the equation was still 26 from 18.

Naveen-ul-Haq delivered an over to dream of getting rid of the veteran Shoaib Malik and only going for two. Afghanistan sensed something special.

Asif Ali strolled to the crease with Pakistan still needing 24 off 13. Fresh from his heroics in Sharjah, he duly refused a single off his vice-captain, before sending four of the next six from Janat into the stands in true backyard fashion.

He said after the game in Urdu that he’d told Shoaib Malik: “Shoaib Bhai, I will finish this match in one over”. One over was all he needed.