For Scotland, who had posted their first World Cup total in excess of 200, it was a loss that would contribute to another winless tournament 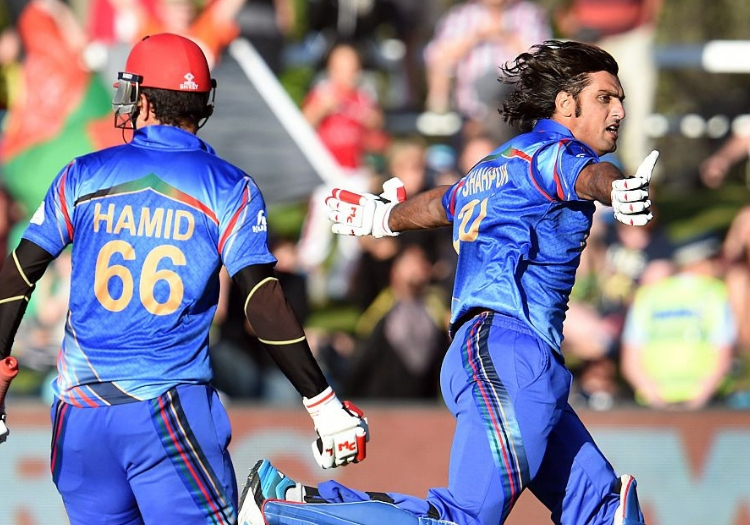 When a low full toss from Iain Wardlaw was clipped around the corner for four, Shapoor Zadran broke Scottish hearts, ensured Samiullah Shinwari’s crucial 96 would not be in vain and above all, secured a first World Cup victory in Afghanistan’s history.

25 overs earlier, an Afghanistan win was on nobody’s minds as Mohammad Nabi’s men - having been 85 for two in pursuit of 211 - crumbled to 97 for seven, losing five for 12 in what appeared to be a match-ending collapse.

Alasdair Evans broke an opening stand between Javed Ahmadi and Nawroz Mangal - worth 42- when he clean bowled the latter. In the same over Evans had Asghar Afghan caught behind as Afghanistan’s chase first faltered.

Ahmadi passed fifty and alongside Shinwari stitched the innings back together before the whole thing unravelled in double-quick time.

First Ahmadi was caught - looking to hit Richie Berrington out of the park - by Matt Machan. Josh Davey struck Nabi on the pads and Berrington followed suit to remove Afsar Zazai lbw for four. 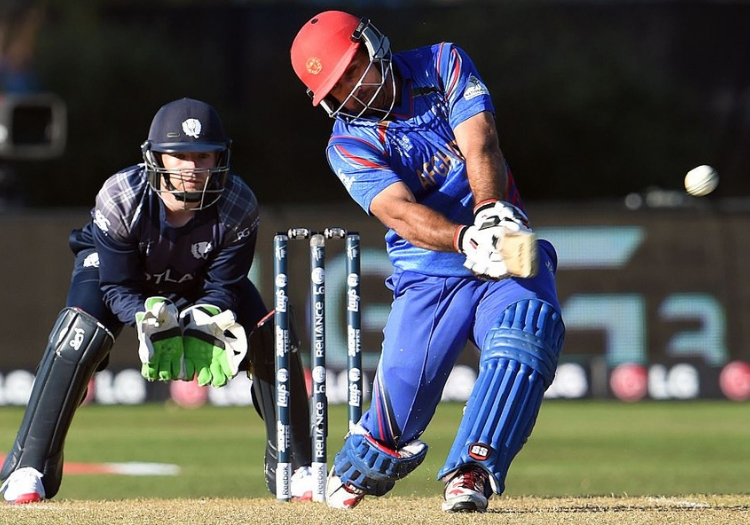 Majid Haq held on to a thick edge from Najibullah Zadran at first slip to give Berrington his third of the piece and it was the same catcher as Gulbadin Naib fell for a golden duck to complete Afghanistan’s disastrous sequence.

Step forward Samiullah. Alongside Dawlat Zadran (9) and latterly Hamid Hassan (11), Shinwari shared stands of 35 and 60 that would haul Afghanistan back into the contest.

Shinwari - who was dropped on 20 - had carefully steered a ship that had fast been taking water on board towards dry land. In the 47th over, with his team needing 38 runs from 24 balls, the batsman clicked into overdrive.

The first ball of Haq’s over was heaved over cow corner for six. Next, a leg-side delivery was propelled beyond the ropes narrowly over the man on the boundary. Two balls later the square leg boundary was cleared once more, taking Shinwari within four runs of his hundred and Afghanistan 19 away from victory.

He went again. Of course he went again. The blood was pumping, victory was four devastating cracks of the bat away, but it was one shot too many in the over. Cow corner was the destination once again but this time he was a gust of wind short of having enough on it and the white nut landed in the grateful hands of Davey on the rope. 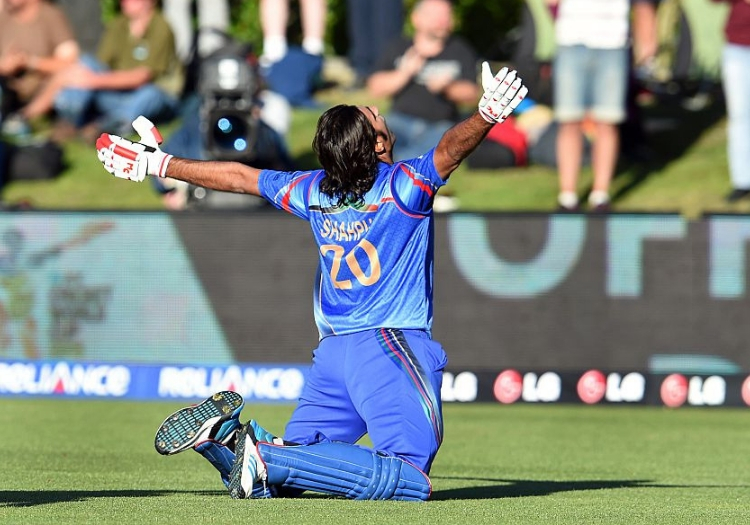 The last-wicket pair chipped away at the target in singles until Shapoor - who had picked up four for 38 with the ball - struck the boundary to secure his side’s place in history.

Afghanistan had won their first World Cup fixture in their third match of their maiden World Cup campaign.

For Scotland, who had posted their first World Cup total of 200 or above, it was a defeat that would contribute to another winless World Cup tournament.

The 17th match of the 2015 World Cup, at Dunedin, was a vastly persuasive advert for Associate nations dining at the top table.