After West Indies beat Australia to win the 2016 World T20 final in India, Meg Lanning's side won the 2018 event, thrashing Stafanie Taylor's team in a 2018 semi-final 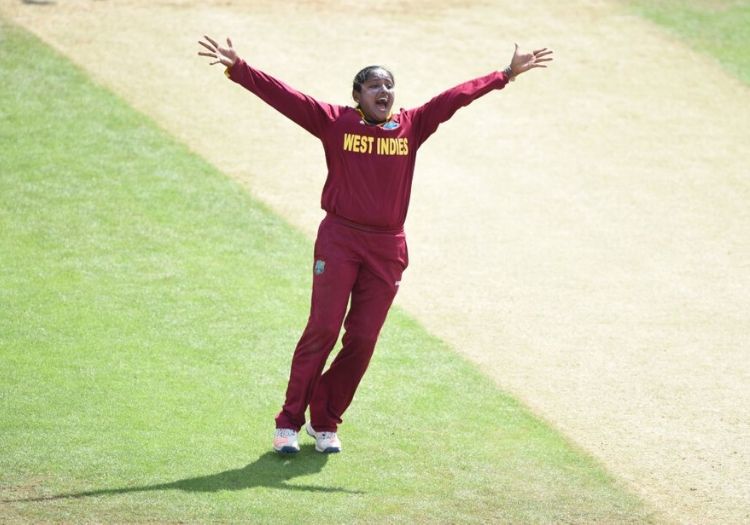 Ellyse Perry might now be within five wickets of her, but West Indies off-spinner Anisa Mohammed remains the top wicket-taker in women’s T20I cricket.

The pair are the only two bowlers to have taken more than 100 scalps in the format. And two years after Perry’s Australian side beat the host nation by 71 runs in a humbling World T20 semi-final demolition in Antigua, Mohammed is determined to return the dose.

“We’ve come to win this World Cup and take it back from Australia,” she told ICC.

“It would be nice to spoil the party. They spoiled ours, so it would be nice to return the favour. Australia have been doing really well. They recently played in the tri-series and came out on top, but we’ve been working hard ourselves.

“Australia are known as the top team in the world. All teams will be gunning to beat them.”

Four years ago in India, roles were reversed, with West Indies getting the better of Meg Lanning’s side in the 2016 final.

Stafanie Taylor made 59, while Hayley Matthews – named player of the match – took the wicket of Alyssa Healy and struck 66 off just 45 balls.

“That was probably the biggest highlight of my career,” Mohammed added. “Winning a World Cup is something I’d love to do again.

When the sides last met in September in Bridgetown, the hosts were shorn of two of their star players; Matthews was serving the final games of an eight-game ban enforced by Cricket West Indies, while Deandra Dottin missed most of 2019 through injury.

Australia took full advantage, winning each match with ease. West Indies only reached three figures in one of the three encounters.

Both are back now, with Taylor’s team looking to maintain a record that has seen West Indies reach at least the semi-finals of every tournament since 2010.