Melbourne Stars extended their lead at the top of the table, Perth Scorchers showed what they're made of, Brisbane Heat saw off Adelaide Strikers and Hobart Hurricanes stunned Sydney Sixers 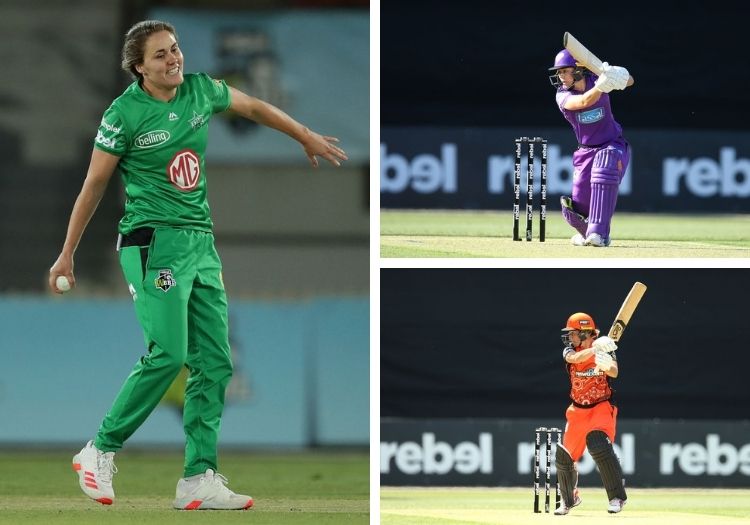 There is no stopping Melbourne Stars as they made it six wins on the spin and extended their lead at the top of the table to five points.

South Africa’s Mignon du Preez struck her second fifty in a row and was the leading force for Stars as they raced to an eight-wicket wicket win over Sydney Thunder – winning the match with 3.1 overs remaining. Her unbeaten 57 was backed up by Nat Sciver who scored an unbeaten 36.

Having won the toss and choosing to field, Meg Lanning would’ve been reasonably happy as Stars restricted Thunder to 131 for 5 – although it could’ve been less and probably should’ve been as Stars conceded 13 extras, nine of which were wides.

Thunder captain Rachael Haynes scored 51 and was the only player to pass 30.

Sciver and her fiancée Katherine Brunt took two wickets each as the latter went on to win player of the match.

Devine too good for Renegades

Sophie Devine bludgeoned 77 off 54 balls to power her Perth Scorchers to a nine wicket win over Melbourne Renegades at the Sydney Showground Stadium.

She struck seven fours and three sixes in her innings as they chased the required 123 with 5.1 overs to spare. She had support from Chloe Piparo (33) as Perth wrapped up their third win on the trot and moved into a semi-final spot, keeping their dream of a first title well and truly alive.

Devine’s compatriot and opposing captain, Amy Satterthwaite, hit an unbeaten 48 as Melbourne Renegades limped to 122 for 3 in their 20 overs. A slow start in the powerplay plus a poor run rate at the death let Renegades down. If it wasn’t for a big final over, which saw 11 runs come from it, they would’ve struggled to reach 120.

Sophie Molineux hit 39 off 38 – valuable runs but a touch slower that what Renegades would’ve liked, especially at the top of the order. She did take the vital wicket of Beth Mooney (9) early, leaving Scorchers 21 for 1 after three overs. However, they needed to apply more pressure by squeezing the run rate and taking wickets. 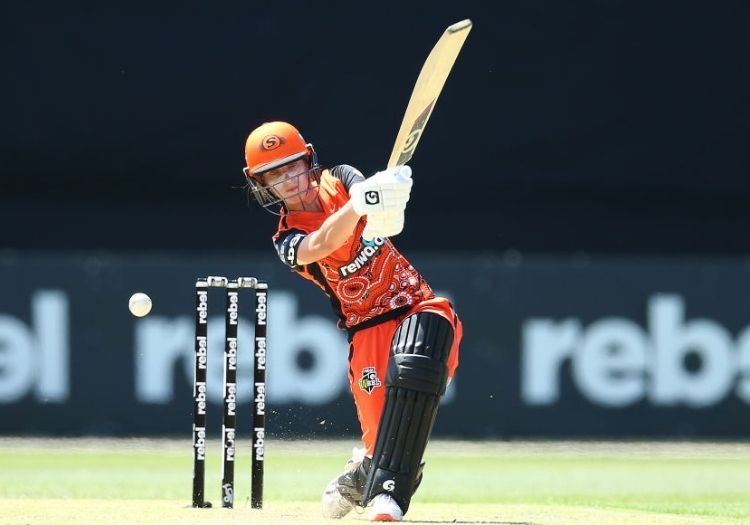 Brisbane turn up the heat on Adelaide Strikers

Brisbane Heat are showing why they are champions. They are fighting and perhaps rallying at the back end of the competition. The 14-run win over Adelaide Strikers may only give them their second win in a row and their third win of the competition, but they’re building confidence and momentum for a late charge.

In their 20 overs, Heat made 136 for 7. This was largely down to Laura Kimmince batting at five, who blitzed 41 off just 17 balls. She was striking the ball at over 240 before Megan Schutt picked up her wicket.

Opening the batting, Grace Harris scored 32 runs off 41 balls. Jess Jonassen (19) and Amelia Kerr (16) were the only others to reach double figures. Harris then excelled with the ball, taking 4-16 in three overs as Heat’s sixth bowler.

Tahlia McGrath scored a half-century opening the batting in the Adelaide Strikers chase. However, it came off 62 balls and by the time she was dismissed in the 19th over, it was too little too late as they reached 122 for 7 in 20 overs. Stafanie Taylor (27) and Katie Mack (25) both made meaningful contributions but it wasn’t enough to clinch the victory as Adelaid slip to seventh in the table as a result. 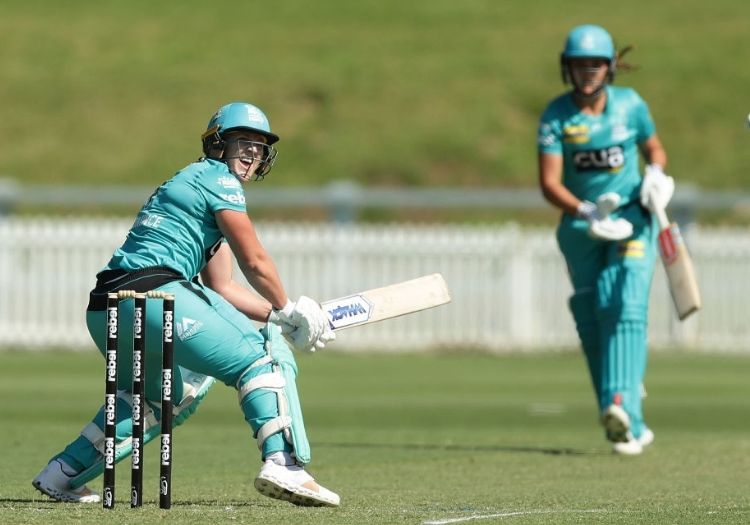 Laura Kimmince played her part in helping Brisbane over the line

Rachel Priest fell eight runs shy of a WBBL century as Hobart Hurricanes powered to a nine-wicket win. Chasing 140 for victory, Priest and Hayley Matthews (41 not out) put on 127 runs together for the third wicket as they saw off Sydney Sixers with 11 balls to spare.

Ellyse Perry carried her bat for Sixers in the first innings, hitting 72 off 68 balls – notching her third fifty of WBBL 06. Erin Osborne and Dane van Niekirk supported their captain but it turned out that it wasn’t enough.

Sydney Sixers won four of their first six matches, with the other two falling victim of the weather – allowing them to pick up a point in each game for the no result. They then won three in a row and put themselves in with a great shout of reaching the last four. Now, it seems that their grip on a top-four spot is slipping away quickly. Fourth and seventh are only separated by three points.