The Cricketer rounds-up the opening day of competition which began with heavy blows, wins and rain 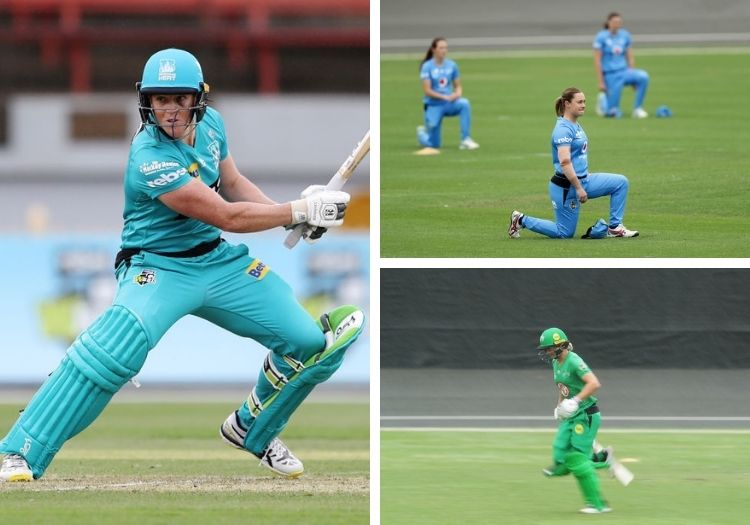 Grace Harris had been tipped for big things in this season's Big Bash League, with the Brisbane Heat leadership group looking to promote her up the order and increase her influence on proceedings.

The 27-year-old remains one of the most destructive hitters of a cricket ball around. Her 42-ball century in 2018 is the fastest in WBBL history and the second quickest in women's T20.

A position at the top order was predicted for the 2020 edition, but Harris came in at No.4 as defending champions Brisbane Heat pursued 133 to beat Perth Scorchers in what was the only competitive game to be completed on day one.

She stood on 11 from her first 18 deliveries in a rather underwhelming start. But Harris supercharged her innings, launching 42 from the next 19 to take the Heat to the brink of victory. By the time she departed, just 10 were required, runs which were knocked off with three overs.

And while the likes of coach Ashley Noffke have grand plans for Harris she seems comfortable in the role in the middle order. Admitting to taking inspiration from MS Dhoni suggests the right-hander is more than comfortable with being positioned as the team's finisher.

"I’ve found its really just working for me, the game plan I’ve got," Harris said

"I can catch up, it doesn’t matter how many dot balls I have – it’s not ideal and you want to rotate the strike as much as possible – but in situations like today where I struggle early, it’s (about) remaining in a calm mindset.

"I’ve been watching a lot of MS Dhoni’s innings really, I took a bit of inspiration from him.

"He’s a fantastic finisher of the game and he might get behind but at the end of the day, they win games and he’s ahead of the count. I’m definitely hoping to do something similar to that."

The five fours and three sixes weren't the only bruising aspect of Harris' knock. She was wearing a shiner underneath her left eye thanks to a mishap with the on-site golf simulator.

Such was the velocity that Harris struck one particular shot the ball ricocheted off the safety net and struck her in the face. Fortunately for Heat, that wouldn't be the last time Harris hit the ball right out of the middle.

Heavy showers and storms were anticipated in Sydney today and for much of the upcoming week, and that premonition came true as two matches fell foul of the weather.

As it turned out, given the inclement weather we did get, we were fortunate to get the two complete matches that we did at the start of the day,

Heat's win over Scorchers was followed by Adelaide Strikers thumping Hobart Hurricanes by eight wickets. But only 17 overs were possible in the Melbourne derby - the Stars put on 127 for 4 with Meg Lanning making a half-century - while not a single delivery was bowled in the Sydney showcase.

Though it will be hoped that the worst of the weather has passed, Sydney is likely to be subject to inclement conditions for much of the week. That could threaten the double-header on Monday and next weekend's games when six more matches are scheduled. 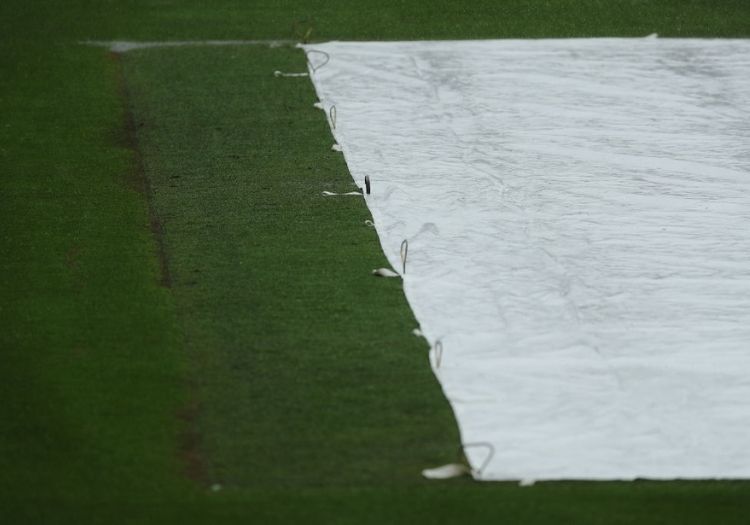 The rain could persist in Sydney

Thunder commit to taking the knee

There has been plenty of conversation over what is now deemed an appropriate gesture to support the Black Lives Matter movement. That says plenty about how far we have come since the campaign gained additional momentum in the wake of the death of George Floyd.

Taking the knee, an act which has become the norm ahead of sporting events across the world is now not the automatic response. There is no right or wrong answer to this dilemma, as long as the conversation remains ongoing. Nevertheless, Jason Holder and Michael Holding have criticised the manner in which the signal has been abandoned, particularly by England.

All eight WBBL teams had agreed before the tournament to perform the Indigenous Barefoot Circle ceremony before all 59 matches. Both Adelaide Strikers and Hobart Hurricanes added to that by both taking the knee before their match, and Sydney Thunder have committed to repeating the act prior to all their games.

England captain Heather Knight, who has swapped Hurricanes for Thunder had hoped the gesture would be repeated. Skipper Rachael Haynes said: "When we realised and had a chat as a team that this was something people felt passionate about, we certainly wanted to have a united front. And to be honest, it was pretty unanimous in our group that it was a way we could show support not only in Australia but around the world."

Lanning is in supreme touch! She gets to her 50 off 48 balls.