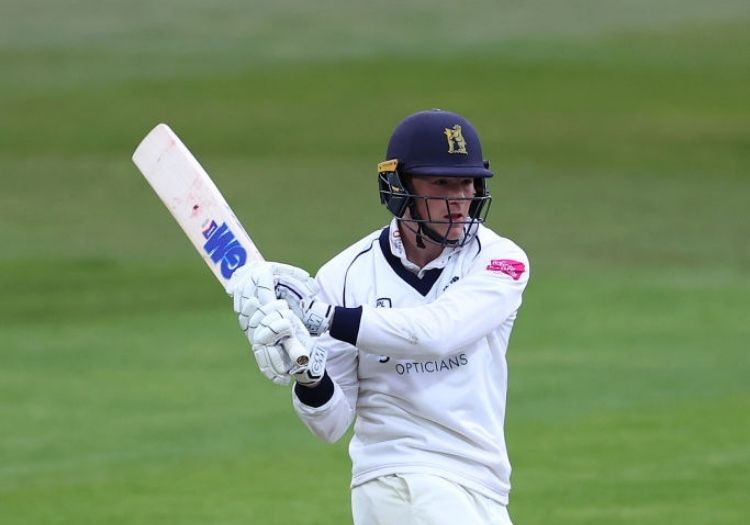 Warwickshire moved clear at the top of the County Championship Group One after completing a pulsating seven-wicket victory over champions Essex at Edgbaston.

After four days of superb red-ball cricket, the home side reeled in a target of 256 in 82 overs with seven wickets and eight balls to spare.

It was the second successive match, following on from Trent Bridge last week, from which Warwickshire had forged victory with a perfectly-paced final day pursuit. An Essex bowling attack accustomed to grinding teams into submission, was itself ground down.

Essex, leading by 11 runs after the first innings, resumed on the final morning on 213 for nine, and Simon Harmer (82 not out, 217 balls, nine fours) and Jamie Porter (11, 46 balls, one four) took their last-wicket stand to 42 before the latter fell lbw to Danny Briggs. Their total of 244 represented a fine fightback from 36 for five.

In an hour's batting before lunch, Warwickshire reached 48 for one, losing captain Will Rhodes who pulled Sam Cook for six but then edged him to wicketkeeper Adam Wheater.

For much of the afternoon session Yates and Vihari combined diligent defence with the occasional foray into attack, notably when Yates danced down the pitch and lifted Harmer straight for six.

Vihari passed his first half-century for the Bears but fell in infuriating fashion when Essex turned to medium pacer Paul Walter. His first ball lured the batsman into a drive at a wide one and resulted in an edge to Wheater.

Warwickshire began the last session needing 116 from 34 overs while Essex required eight wickets. It was a shame there were no spectators inside Edgbaston for such a fine game, though it was enjoyed by many around the world via the home club's excellent livestreaming service.

Yates and Hain battled away to bring the equation to 78 needed from 20, 40 from ten and 16 from five. A sweet straight drive took the former to his second first-class century (202 balls) and a pulled six took the latter to his half-century (104 balls) before Yates, fittingly, struck the winning boundary.