The inadvertent error meant that umpires Michael Gough and Richard Illingworth came together to look at the ball, before disinfecting it with wipes 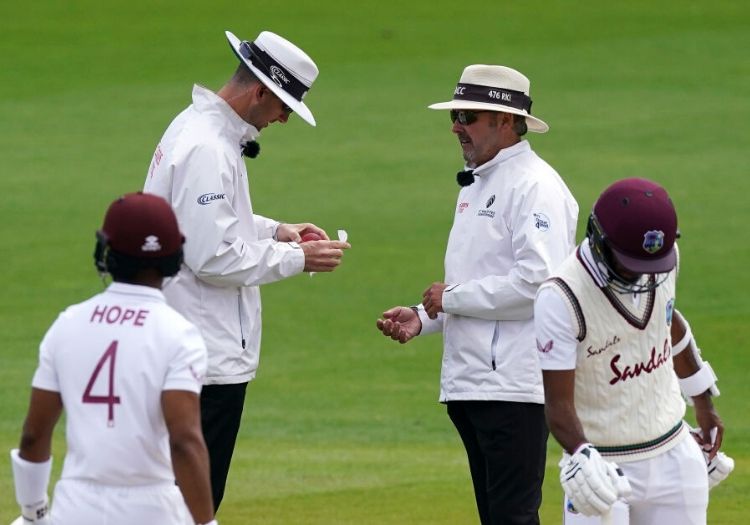 New coronavirus protocols were put into action for the first time in Test cricket on the fourth morning of the second Test at Emirates Old Trafford, after England opening batsman Dom Sibley informed the umpires that he had put saliva on the ball.

The inadvertent error – the result of players having to coach themselves out of a lifelong habit – meant that umpires Michael Gough and Richard Illingworth came together to look at the ball, before disinfecting it with wipes that were carried by Gough.

Dom Bess had been preparing to bowl the penultimate over before the lunch interval when the game was briefly halted after Sibley’s admission.

The ICC’s Covid-19 playing conditions state that in international cricket, only sweat may be used to shine the ball.

Umpires have been encouraged to show leniency at first, which will then be followed by two official warnings and then a five-run penalty to the offending team.