Today at the WBBL: Judgement Day beckons, with Sydney Sixers reliant on other results

The Cricketer looks ahead to the final round of group matches, with Sydney Thunder and Perth Scorchers needing wins to seal their places in the playoff stage ahead of Sydney Sixers 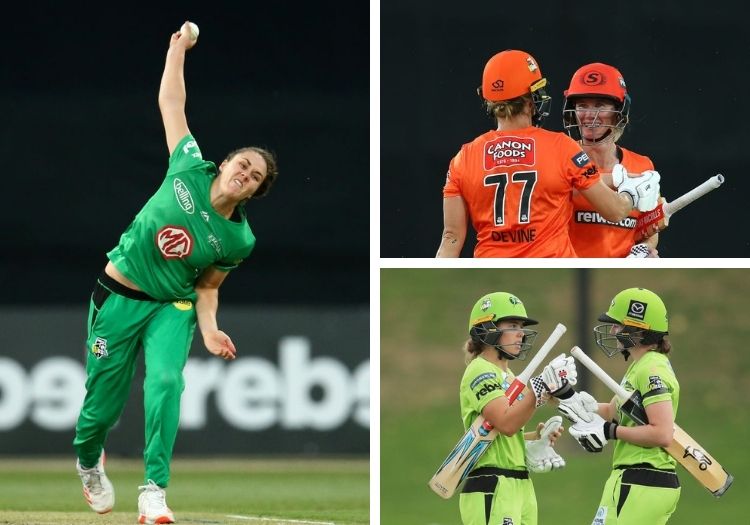 And so, it comes down to this. After 13 games each in a marathon group stage, there are qualification spots riding on three of the four matches as the curtain comes down on the round-robin phase.

Melbourne Stars have already qualified as runaway group winners, but their clash with Sydney Sixers is perhaps the most significant of those remaining. If they beat the two-time champions, then Ellyse Perry’s side will be out before the playoffs for only the second time – but also for a second year in succession.

Even if Sixers win, however, the future is out of their hands. City rivals Sydney Thunder will be expected to beat Hobart Hurricanes to confirm their semi-final berth. Hobart have won only three times and have, by some distance, the worst net run rate in the competition.

Likewise, Perth Scorchers will confirm their qualification with a victory over Adelaide Strikers. While Strikers will count themselves unfortunate to be out of the playoff reckoning, Scorchers have hit prime form at the right time. Sophie Devine and Beth Mooney – both Women’s Big Bash cheat-codes – chased down 140 without loss inside 15 overs on Saturday. 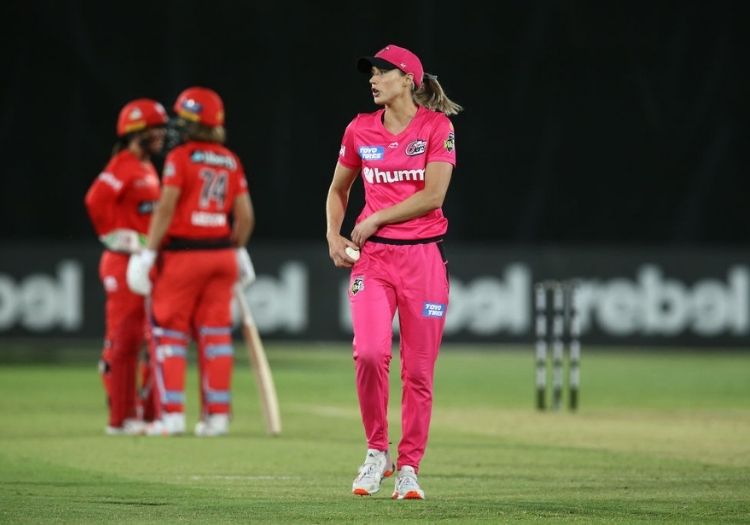 Sixers missed their chance to move level with both Scorchers and Thunder on Saturday, losing a high-scoring game against Melbourne Renegades, who are already out. It means that they will be reliant on net run rate. Even in if they win and either of their closest rivals lose, Sixers must make up a deficit of at least 0.374.

In the other game, reigning champions Brisbane Heat – already safely through – take on Renegades, who have left it too late to mount a charge of their own.

It’s difficult to look beyond the Mooney-Devine axis. The Perth Scorchers opening pair were recruited ahead of this season with precisely this kind of domination in mind.

For a second year running, they are the tournament’s leading run-scorers and they enter a vital Sunday on the back of a brutal 140-run partnership in just 88 deliveries. A similar show will confirm Perth’s place in the latter stages.

For Melbourne Stars, who are seven points clear of fifth-placed Sydney Sixers, understandably Meg Lanning has enjoyed the majority of the headlines. However, quietly Mignon du Preez has gone about her work to tremendous effect.

She is the fifth-highest run-scorer, recording her fourth half century of the tournament in Stars’ three-wicket defeat on Saturday against Brisbane Heat, for whom Laura Kimmince hammered 19 off five balls in a late match-winning cameo.

Another overseas player, Nat Sciver, is the leading wicket-taker. For England supporters, that represents a hugely encouraging return for the allrounder, who has taken on much more responsibility as a bowler since Lisa Keightley took over as the national side’s head coach.

She has taken 18 wickets at just 12.44 apiece, with a strike rate that sees her claim a scalp within every two overs. 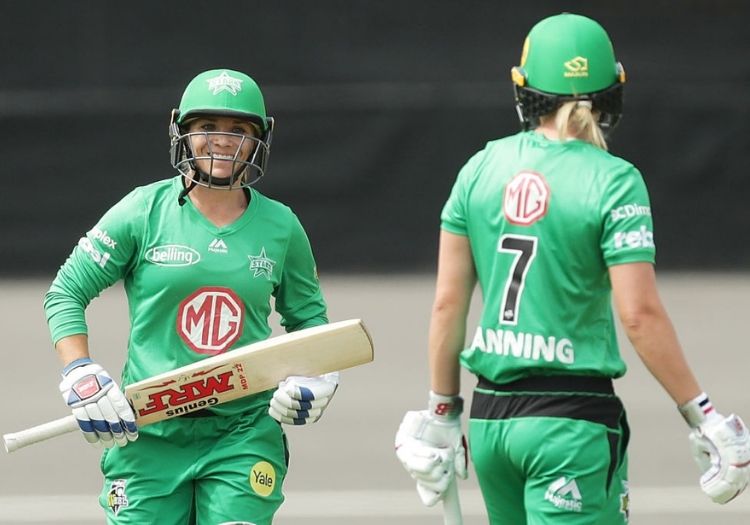 Perth Scorchers and Sydney Thunder to confirm their playoff berths with wins over Adelaide Strikers and strugglers Hobart Hurricanes.

Given the way the tournament began, it seems entirely fitting that the group stage should end amid a threat of scattered thunderstorms. If they stay away, a fascinating afternoon could be in store.