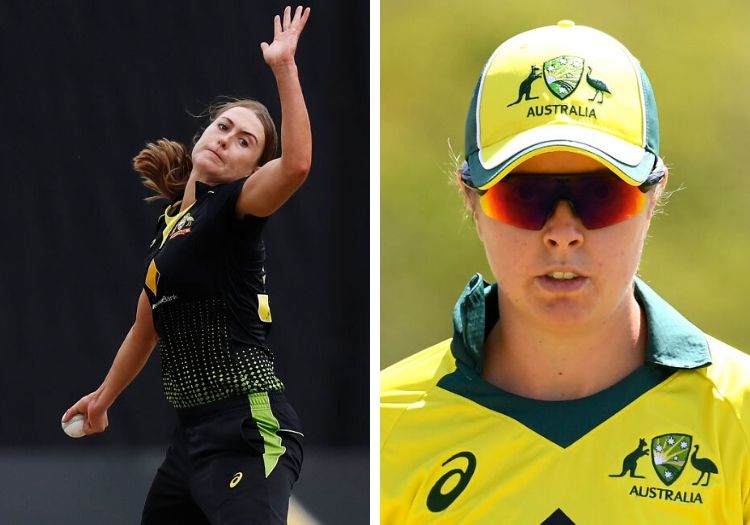 Australia have suffered a blow on the eve of the start of their World Cup defence after losing seamer Tayla Vlaeminck to injury for the whole of the tournament.

The 21-year-old, who can hit speeds of approaching 120kph (74.5mph), had been spotted wearing a moon boot on her right foot.

And it has now been confirmed that the Victorian has been ruled out of the competition with a stress fracture, and will be replaced by spinner Molly Strano.

"It's a massive loss and (Tayla) is obviously pretty shattered with the timing of it," captain Meg Lanning told reporters.

"She was set for a big role for us, I'm pretty devastated for her.

"There's no real like-for-like replacement for Tay, no one does what she does.

"(But) Molly has bowled well in the power play in the past and can bowl at any time through the innings."

Lanning added that Strano, despite not being a like-for-like replacement for the absent Vlaeminck, is also in contention to face India when the tournament gets underway on Friday (February 21).

Strano has five made T20 international outings for Australia, taking seven wickets at 17.14, but has not represented her country since November 2017.

If the four-time world champions opt for an outright quick, then Annabel Sutherland, Delissa Kimmince and Nicola Carey are among those under consideration.