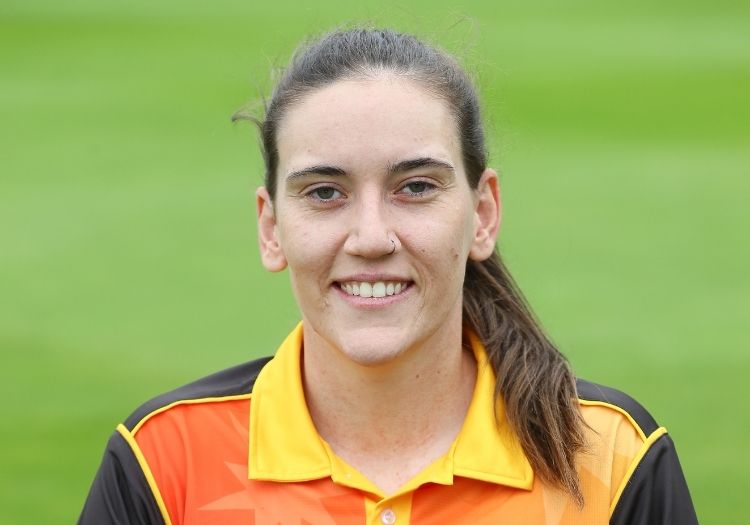 Emily Arlott took four wickets in an over, including a hat-trick, as Central Sparks thrashed defending champions Southern Vipers by 120 runs at Hove to maintain their 100 per cent record in the Rachael Heyhoe Flint Trophy.

The 23-year-old Worcestershire seamer trapped Maia Bouchier (1) on the crease with the first ball of her fourth over before claiming her hat-trick with the fourth, fifth and sixth deliveries. Georgia Elwiss (0) was also leg before, Charlie Dean superbly caught by the diving Amy Jones behind the stumps and Ella McCaughan bowled through the gate as she finished with 5 for 29.

Arlott, watched by England head coach Lisa Keightley, could have had a sixth wicket had Gwen Davies not dropped Danni Wyatt when she was on four. The England international went on to make 61, her third successive half-century, but Vipers were dismissed for 104 in 27.5 overs and suffered their first defeat of the season.

It was a bad day for the hosts who dropped four catches and donated 34 extras including 29 wides. Sarah Glenn scored 11 off one ball from Tara Norris, hitting a no ball for four and the subsequent free hit for six in her 40 off 37 balls, which helped Sparks to a total of 224 from 49.2 overs.

Rudd is out lbw for 10 - crucial wicket!

Vipers seemed to have control in the 18th over when Amy Jones, who had scored 114 and 163 not out in her previous two games, lost her off stump to Dean’s off break for five and Sparks were 57 for 3, but skipper Eve Jones and Gwen Davies put on 71 in 16 overs with Jones hitting eight fours before she was run out for 55 by McCaughan’s direct hit from backward point.

Davies was sixth out for 45 but Sparks scored 67 off the last ten overs thanks to some clean hitting by Glenn. On a slow pitch, off-spinner Charlotte Taylor took 3 for 22 from her ten overs while Dean had 3 for 37.

Vipers would have fancied their chances of chasing 225 but Wong and Arlott offered control and got the bounce and carry which had eluded Vipers’ seam attack. Wyatt hit eight fours and doubled the score in an eighth wicket stand of 52 with Carla Rudd (10) before Arlott returned in the 26th over to have Rudd leg before and Wong finished things off with two wickets, including Wyatt who was bowled through the gate.