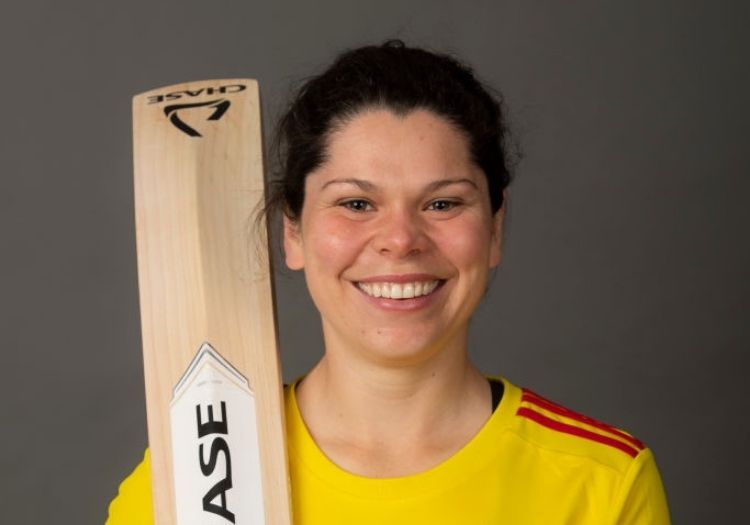 The Kent-born opener plundered 92 with a six and nine fours as the hosts made light work of chasing down a victory target of 246.

Davidson-Richards shared a second wicket stand of 154 with fellow England hopeful Sophia Dunkley, who also fell for 92 shortly before victory was secured with 41 balls to spare.

Fi Morris' promotion to opener backfired when Farrant nipped one between bat and pad to pluck out her off-stump.

Knight survived a scare when inside edging another Farrant delivery over the stumps, but that aside looked in imperious form. A gorgeous on-drive off Freya Davies and two delicate late cuts stood out as she moved to 50 from 63 balls with nine fours.

Luff provided excellent support in a stand of 91, playing two glorious inside-out off drives for four through extra cover.

At 124 for 1 Storm looked in command, but Davies returned to trap Knight lbw. Luff completed her half century in 80 balls before being castled by Dani Gregory, and despite a belligerent 27, including two sixes from Anya Shrubsole, Storm’s total looked a little light.

Smith began the chase with a flurry of boundaries only to tickle a wide one from Lauren Filer straight to leg-slip.

Davidson-Richards was given a life on 17 when wicketkeeper Natasha Wraith failed to cling on to a catch down the leg side off Shrubsole. It proved a costly miss as the right-hander, helped by six fours raced to 50 in 62 balls.

Sophia Dunkley kept pace from the other end, her backfoot drive through extra cover arguably the shot of the day as the 100 partnership was raised in 122 balls.

Dunkley’s own 50 came in 63 balls before Davidson-Richards thumped a Knight delivery for six over cow corner and then brought up the 150 partnership with a sumptuous cover boundary.

Sadly, there would be no century as she edged behind off Nicole Harvey with 60 needed. Harvey also claimed Alice Capsey cheaply and Georgia Hennessey bowled Dunkley with the scores level, before Stars coasted home.