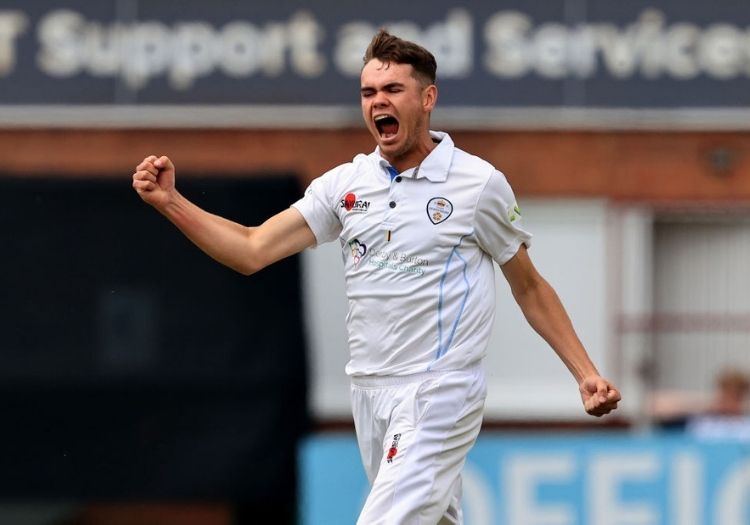 Derbyshire seamer Sam Conners has been ruled out of action for six weeks after suffering a torn hip tendon.

The injury means that Conners, 22, will miss the remainder of the Vitality Blast group stage and the start of the Royal London Cup.

He will also be unavailable for Derbyshire’s two remaining matches of the County Championship’s first stage away to Nottinghamshire and at home to Essex.

He joins a growing injury list at the Incora County Ground, particularly in the bowling department, with six of his colleagues also out.

It is a further blow for Conners, who is already on the sidelines with an existing injury, and prior to which, had been enjoying a fruitful red-ball campaign.

The seamer has been a key part of the Derbyshire attack in the Championship, taking 19 wickets at an average of 26.15, but has played no part in any of the Falcons’ Blast matches so far.