NICK HOWSON AT LORD'S: Injured in South Africa, dropped in India, caught in a social media storm and becoming a father - the England opener looked refreshed while going to a much-needed hundred 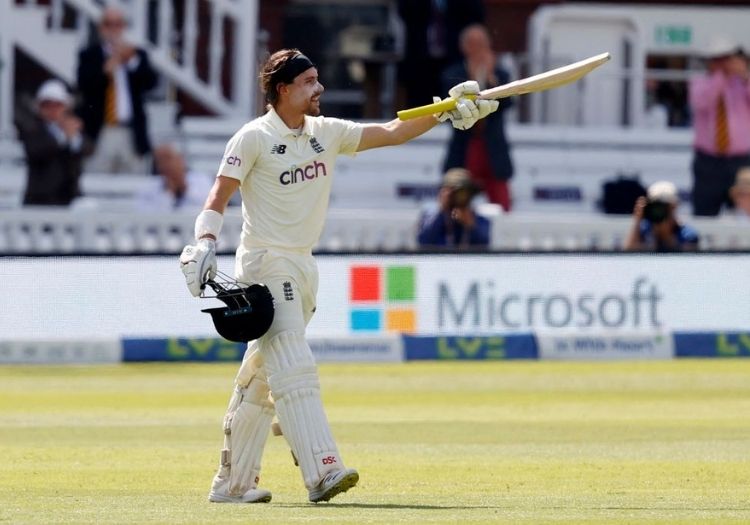 In keeping with the last year-and-a-half of his life, the first innings of Rory Burns' England Test return with not without incident yet it ended with a much-needed century against New Zealand to temper the doubts over his international temperament.

Since suffering ligament damage while playing football which ended his South Africa tour in January 2020 the left-hander's career has been a rollercoaster of emotions.

Last summer's bio-secure bubble wasn't always kind. A sub-standard return of two fifties in six Tests set in motion a run that would see him dropped from the team after the two-day defeat to India in Chennai and included an online spat with Alex Hartley.

Yet the period also included a life-changing moment with the birth of he and wife Victoria's first child, daughter Cora, an event he missed the Sri Lanka series to attend.

And while his third Test century does not come close to rivalling the elation of the new arrival, it a notable career moment against the backdrop of a testing run. 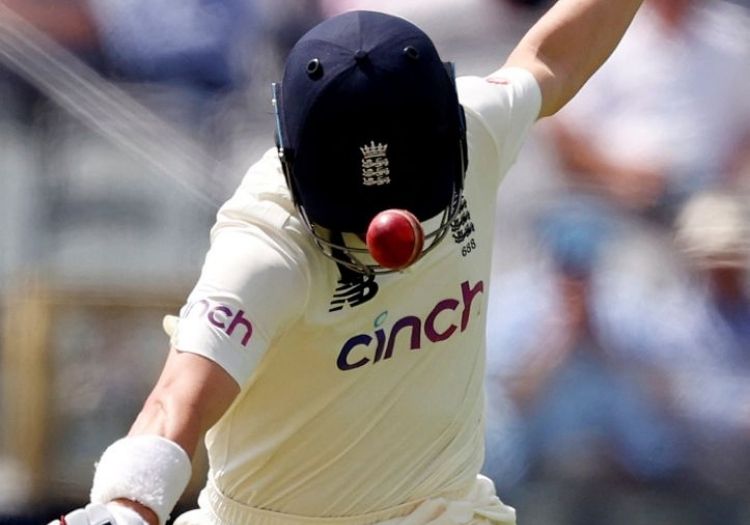 Burns' innings was not without moments of alarm

Burns returned from India and went straight to Surrey in search of some form. He made a century and six fifties in seven LV=Insurance County Championship matches, averaging 61.55 to ensure he was impossible to overlook for the start of the international summer.

While there were shades of that domestic form this was not a century without trials and tribulations. He swerved a fine opening spell from Tim Southee, who finished with 6 for 43, and Kyle Jamieson, who picked up Joe Root via the first delivery of the day, as the middle-order collapsed.

Once in the 80s, Burns was dropped in the slips off Neil Wagner and twice struck on the helmet by Southee and Jamieson.

It was only when Devon Conway failed to grab a miss-hit pull off Jamieson, with the ball trickling to the boundary, that Burns was able to release the pressure. Forty-one runs came from just 33 balls, a run which included the shot of the day; a slot sweep over midwicket off the now irate Wagner - a stroke worthy of The Hundred, during which he will represent Oval Invincibles.

Though unable to carry his bat, he gave England a glimmer of hope of saving the game - the Kiwis lead by 165 runs with eight second-innings remaining heading into day five - even if it pales into insignificance when compared to recent events.

"The birth of my daughter is probably the stand-out moment of that!" he told reporters afterwards after his 132. "They were watching here today so that is pretty special to get a hundred in front of them. Not that she'll remember it mind, but I will. 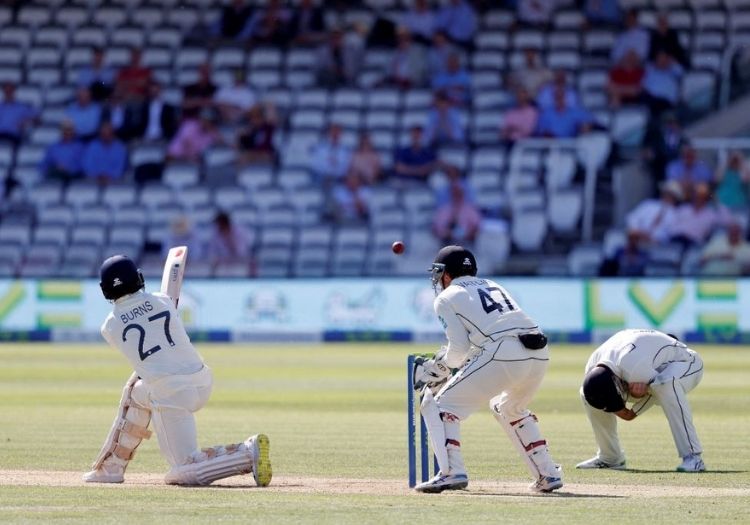 Only when Burns reached three figures did he open his shoulders

"Getting dropped is not a nice thing but taking the next opportunity that you get given is. In terms of highs and lows, I try and stay pretty constant and consistent as an individual as I can.

"I got back to Surrey and worked hard, put together some scores and form there. It is trying to stay consistent and go from there really.

"You get good balls, you try and make sense of it, you try and stay level. Things like today are the flip side of the game."

Though not without its fortune, set-up wise Burns looked like his old self at the crease, with his individual technique not letting him down.

"It has evolved over the years," explained the 30-year-old. "It is a technique that I've tried to put together that allows me to execute my game plan in terms of how I want to play and where I want to score my runs. That is where it is born from.

"There has been chat about left-eye dominance and that is why I try to get my head right around. It is more of a rhythm thing now."