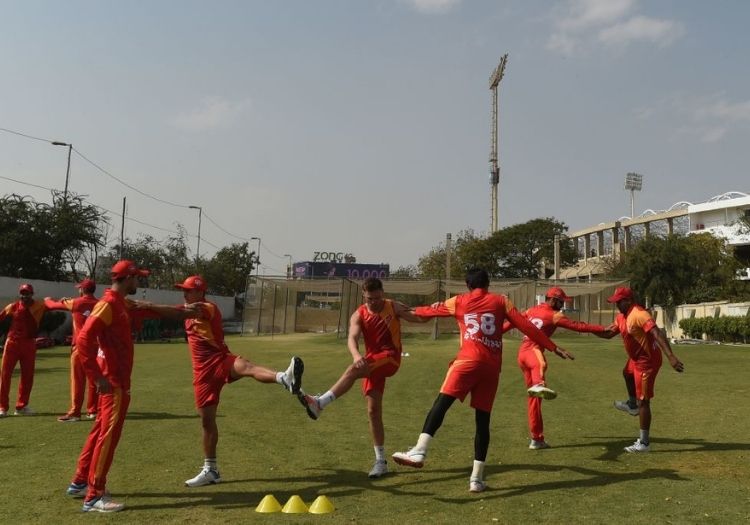 The Pakistan Super League looks set to be moved to the United Arab Emirates following a meeting of the PCB and the six franchises.

Karachi's National Stadium had been pencilled in to host the remaining 20 matches between June 1-20.

But an escalation of Covid-19 cases and deaths, which has forced several provinces into lockdown between May 8-15 - including Sindh where Karachi is located - and a restriction on flights into Pakistan has forced a re-think.

The UAE has been identified as a preferred venue for the rest of the competition, which was postponed for a second time in as many years due to a breach of the bio-secure bubble.

But the switch, less than a month ahead of the planned resumption, is not without major complications. Pakistan's men are due to depart for their white-ball tour of England on June 23 meaning the window to finish the six-team tournament is narrow and could lead to a change in the fixture list.

The PCB will liaise with the England and Wales Cricket Board regarding their own arrangements. Following a period of quarantine and a series of intra-squad matches, they are due to play three one-day internationals and a trio of T20s from July 8.

Furthermore, there are concerns over the extreme heat the UAE typically experiences during June with temperatures regularly hitting 40 degrees Celcius.

A financial and risk assessment will be compiled before a final decision over the venue and schedule is announced.

PCB chief-executive Wasim Khan said: "We had an interactive and productive meeting in which we considered a number of factors. While the UAE has emerged as a preferred venue, a number of challenges remain, which will be worked through over the coming days.

"We remain committed to doing everything possible to complete the HBL PSL 6."

Having exclusively hosted the event in 2016, the UAE shared the PSL with Pakistan for the three subsequent editions before it was staged at home in its entirety for the first time in 2020.