PLAYER RATINGS: Joe Root back to his best with sparkling 226 as batsmen make hay on friendly surface

The Cricketer runs the rule over the performances of all 22 players during the second Test between New Zealand and England at Seddon Park... 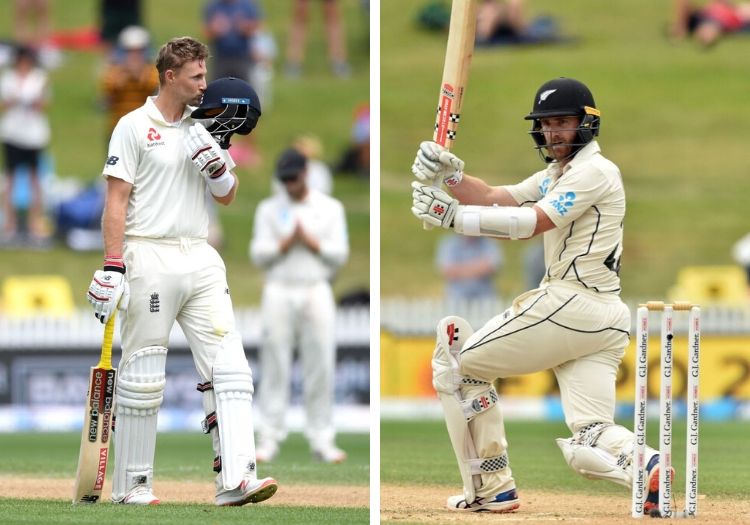 Jeet Raval (5 & 0): Struggled in both innings and looked woefully out of form. Dropped Rory Burns en route to a century, before running him out. Failed to review a second innings LBW, which summed up his fortunes. 3

Tom Latham (105 & 18): One of the world’s premier openers, his first innings hundred feels like it happened ages ago. Almost totally chanceless, terrific of his pads and restrained outside his off-stump. 8.5

Kane Williamson (5 & 104*): Found himself in the same quandary as Joe Root at Mount Maunganui as England racked up the runs on a flat surface. At his efficient best in the second innings – hardly a match-saving knock, but ensured England had no chance of mounting a late victory charge. 8.5

Ross Taylor (53 & 105*): A fortunate beneficiary of Bruce Oxenford’s flawed use of DRS in the first innings. 158 runs in the match and worked hard to stand up against England’s clear plans against his tendency to fall over the straight delivery. 9

Henry Nicholls (16): Bounced out by Sam Curran in the first innings which, on a sad, slow surface, was some effort. A frustrating game for fine player growing in stature. 4

BJ Watling (55): England’s scourge in Tauranga frustrated them yet again here. As time in the game was lost to rain, his 192-ball first innings vigil kept the visitors in the field even longer, taking New Zealand from 191 for 5 to 315 for 6. Excellent catch to dismiss Joe Denly. 7.5

Daryl Mitchell (73; 0-69): Could scarcely have wished for a better Test debut at his home ground. He made batting look easy during a terrific stand with Watling. More proof of New Zealand’s strength in depth. Ineffectual with the ball – but who wasn’t…? 7.5

Mitch Santner (23; 1-88): Less successful here than in the first Test with both bat and ball. Hardly a single ball spun all game. 6

Tim Southee  (18; 2-90): Bowled better than his figures suggested, but that was the same for most who tried their luck on a sedate surface. Had Dom Sibley in all kinds of trouble, even before trapping him LBW. 6.5

Matt Henry (5*; 1-87): Deserved more than his single wicket and had Burns dropped early on. Hardly the pitch he would have wanted in a rare outing, with Trent Boult out injured. 6 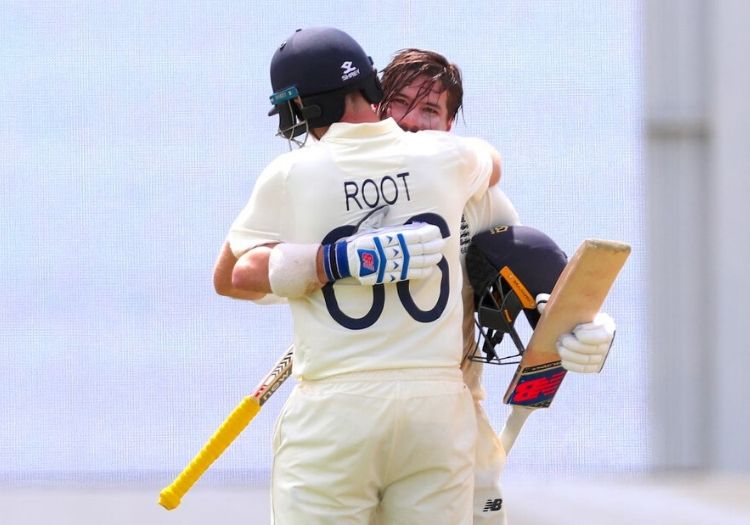 Rory Burns (101): A terrific hundred, having begun in skittish fashion on the second evening. Has nailed down his position. Should have been a bigger hundred, but ran himself out. 8.5

Dom Sibley (4): Struggled and was struck on the head by Tim Southee, even before his dismissal. Failed to convince in his first three Test innings, but should have enough credit in the domestic bank to get another go in South Africa. 3

Joe Denly (4; 0-13 & 0-27): Fell to a good delivery from Matt Henry and bowled some tidy leg-spin. Provided some final-day entertainment with an unfortunate drop catch that will remain with him and the bloopers reel for some time… 4

Joe Root (226; 0-14 & 0-23): A world-class knock from a terrific cricketer seemingly back to his best. Virtually chanceless and the most balls he has ever faced in a Test innings. Hard to agree with his decision to go in without a spinner, but may have been inconsequential on this pitch. 9.5

Zak Crawley (1): A surprise debut after Jos Buttler pulled up with a back problem. Actually looked pretty assured in the few balls he faced, driving firmly at mid-on. Edged behind off Wagner. 4

Ollie Pope (75): A superb innings that highlighted the immense talent of the Surrey youngster. He will score a lot of international runs. Not a wicketkeeper, so harsh to judge him on his glovework; he was rather dropped in it by England’s failure to bring a reserve. 7.5

Sam Curran (11*; 2-63 & 1-56): The ball hardly swung, so Curran was mostly nullified. Worked hard for little reward. Tough to see how his bowling can be a regular threat overseas. 6

Chris Woakes (0; 3-83 & 1-12): A really fine display on his return to the England team. Bowled as well as anyone – a terrific spell to Taylor in the second innings deserved a wicket. 7

Jofra Archer (8; 1-75 & 0-27): Couldn’t be faulted as he came back for several spells and tried all sorts. Luckless as Denly inexplicably spilt Williamson. 6