Multan Sultans were due to face Peshawar Zalmi followed by Karachi Kings taking on Lahore Qalandars, ahead of a final on Wednesday 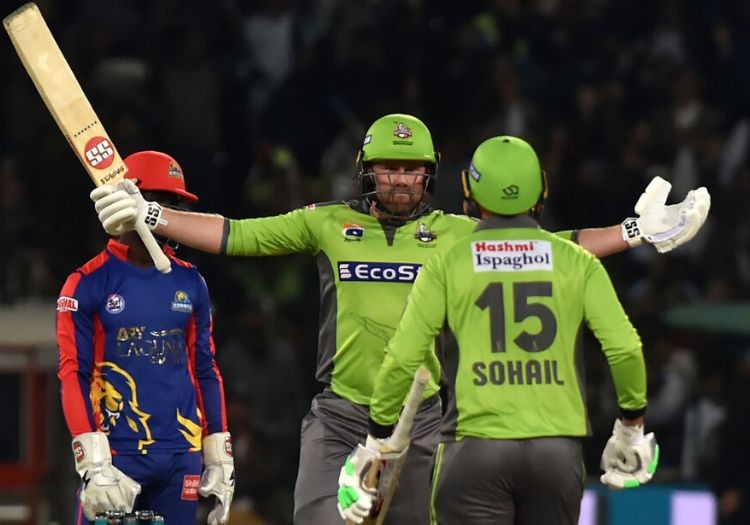 The final stages of the Pakistan Super League have been postponed as a result of the coronavirus outbreak.

Multan Sultans were due to face Peshawar Zalmi followed by Karachi Kings taking on Lahore Qalandars, ahead of a final on Wednesday.

However, the decision came after a player who has already left Pakistan began to show symptoms of the virus. Arrangements have been made for all members of playing and support staff from the four remaining teams to be tested for COVID-19 as a precaution.

The traditional playoff phase had already been replaced by two semi-finals followed by a final – all to be played behind closed doors – in light of the crisis.

However, it was announced on Tuesday morning that the ending to the landmark tournament – it was the first time that the PSL had been played fully on Pakistani soil – would be rescheduled.

The vast majority of overseas players had returned home as a response to the virus and to the threat of closing borders worldwide.

Tymal Mills, who had been playing for Quetta Gladiators, told The Cricketer: “It was pretty quick. There was a lot of chat as things were getting slightly worse, day by day, back home. As it got to Thursday night, things started to escalate a bit more in the UK and we’re obviously reading about it on Twitter.

“As soon as I saw that the England team were flying home from their Test tour in Sri Lanka, it kind of made my mind up personally. Couple that with the fact that our final game wasn’t being played until Sunday evening – we probably weren’t going to qualify.

“It was an easier decision for me than it was for some other people; my wife is pregnant as well, so I felt it was the right thing to do to come home before things potentially things got worse. That was the main thing for a lot of guys – you don’t know, day by day, how bad things are going to get. It was the unknown that was the biggest fear factor as such.

“None of us felt particularly worried about collapsing or anything while we were out there, but it was the travel situation more than anything.”

There will inevitably be questions of when the competition is rescheduled; the nature of the franchise circuit is such that there are few moments at which overseas players are all available.

Ravi Bopara played for Multan Sultans, who topped the round-robin phase; he asked his followers on Twitter “who should get the trophy”.

Mills, Alex Hales, Rilee Rossouw, James Vince, Tom Banton, Carlos Brathwaite, Liam Dawson, Lewis Gregory, Liam Livingstone and Jason Roy all announced their exits in an initial wave of departures after the Pakistan Cricket Board informed all overseas players that they had the option to return home.