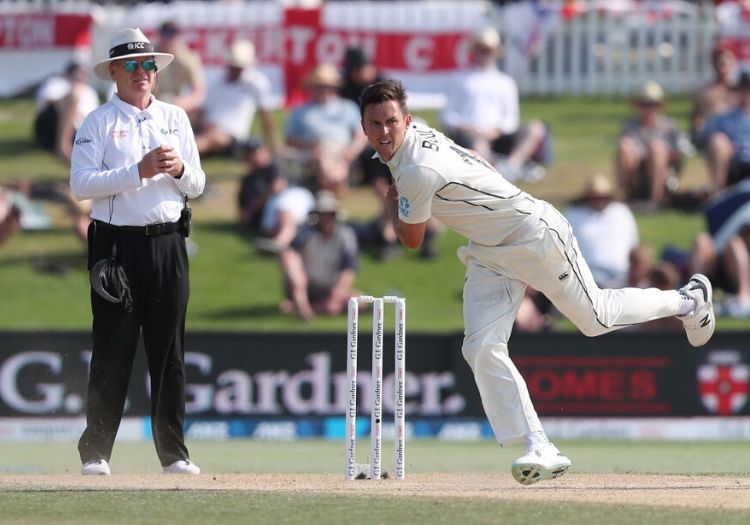 Trent Boult is a doubt for New Zealand's second Test against England after being forced out of the first game between the sides through injury.

Boult only managed to bowl a single over on day five at Bay Oval before leaving the field for treatment.

New Zealand later confirmed their star seamer was suffering pain in his ribs on his right-hand side.

Boult will undergo an MRI scan to reveal the extent of the problem on Tuesday.

New Zealand will hope the issue is not too serious and Boult will be fit enough to feature in the second Test at Hamilton, which is due to begin on Friday.

The fast bowler had required treatment on the outfield during the warm-up on Monday prior to withdrawing from the match during the morning session.

A Blackcaps statement read: "Trent Boult will not return to the field on day five after experiencing pain in the right side of his ribs. He will have an MRI scan tomorrow."

Should Boult not be fit to feature at Seddon Park, Lockie Ferguson would be the expected to replace him.