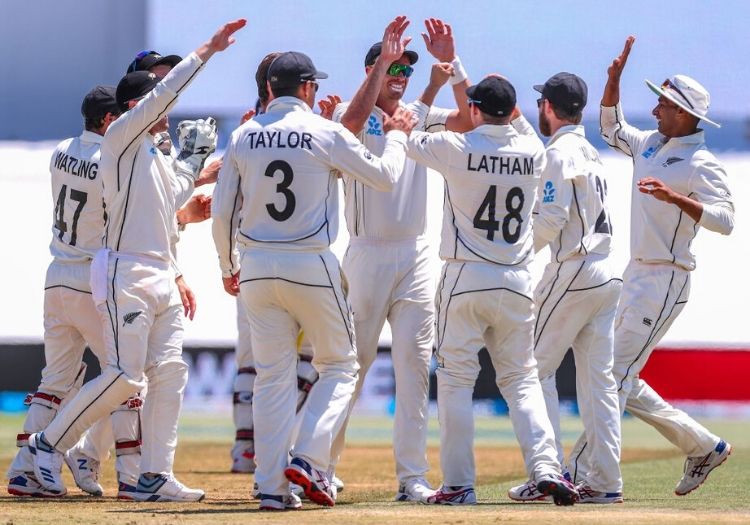 New Zealand completed a comfortable victory over England on the final day of the first Test at Bay Oval.

The home side secured an innings win with more than 20 overs remaining in the contest.

England resumed day five on 55 for 3, knowing they needed to bat out three sessions to go to the second match of the series at Hamilton level.

They made their way through the morning for the loss of just Joe Root - caught at gully off Colin de Grandhomme - and, with Joe Denly and Ben Stokes looking composed together at the crease, the tourists began to suggest they could steal a draw.

However, once Stokes was bowled off the inside edge driving at Tim Southee, the innings collapsed in on itself.

Denly was caught behind by BJ Watling, having tried to leave a leaping delivery from Neil Wagner, before Ollie Pope stretched to a full toss well outside off stump and slapped the ball to cover, where Mitchell Santner took an excellent diving catch.

Jos Buttler was the fourth wicket of the afternoon session, inexplicably leaving a middle-and-off yorker from Wagner and being bowled.

Sam Curran and Jofra Archer provided some rearguard resistance but Archer was caught in the deep off Wagner, who then trapped Stuart Broad lbw first ball to complete a five-for and wrap up victory.

One negative on an otherwise superb day for New Zealand was the injury sustained by fast bowler Trent Boult.

Boult only managed one over on day five before retreating to the pavilion for treatment on a side problem. He will undergo an MRI scan on the area on Tuesday and is a doubt for the second Test in Hamilton, which is due to begin on Friday.